Home » Lifestyle » And With One Lil Tweet, Chrissy Teigen's Now All Up in This Kanye West Twitter Drama 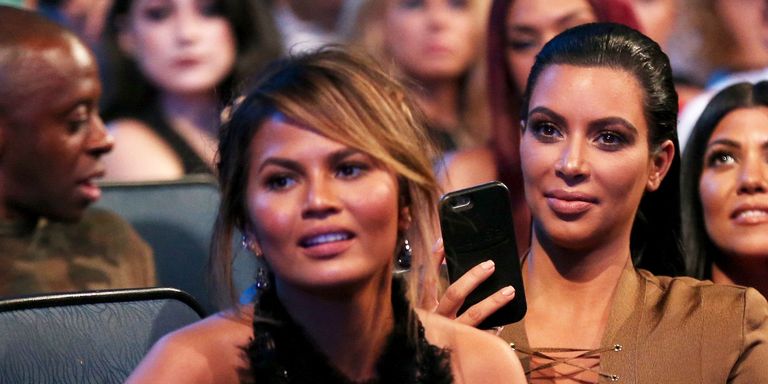 Listen, there’s a lot going on right now, so I’ll keep it brief: Kanye West came back to Twitter. He’d been gone awhile! He tweeted, um, a lot. He tweeted about Donald Trump and their similar “dragon energy.” Donald Trump tweeted back at him. He continued to tweet. About everything! His celebrity friends began unfollowing him on Twitter. He started posting screenshots from John Legend, who reached out to him to try and somehow, anyhow reach him (let the record show Kim Kardashian tried to do this as well). ANYWAY, here we are now and Chrissy Teigen has spoken.

After the original John screengrab tweets, Chrissy explained why she hadn’t chosen to comment publicly — clearly, she and John were reaching out in a more private matter.

Everyone keeps asking me to comment on shit. Comment on psycho Tami Lasagna, whom I refuse to give the joy to, say something about RHOA, speak up about kanye. When it comes to people we know, we DO speak up. To THEM. not on Twitter. And sometimes, I guess it makes it to Twitter.

@KimKardashian are we still doing dinner Friday or no lol

Chrissy, I love you. You are brilliant and hilarious. Are you still getting dinner with the Kardashian-Wests on Friday? Can you let us know when you know? We’d love to write a million more articles about it, which surely, you’d love for us to do as well.