Home » Lifestyle » PIERS MORGAN: My cameo in Men In Black is my favourite so far

PIERS MORGAN: My cameo in Men In Black is my favourite so far

‘Mutant aliens upstaged by Piers Morgan.’ Lest anyone doubt, I steal the Men In Black movie

Adam Hills, host of Channel 4’s The Last Leg, is the human epicentre of super-woke political correctness. As with all celebrity virtue-signallers, Mr Hills loves to howl foul-mouthed abuse at anyone who doesn’t share his self-righteous opinions.

A few months ago, when I suggested Daniel Craig was emasculating the image of James Bond by wearing a papoose, Hills tweet-raged: ‘Oh f*** off Piers you mercenary! You’ll honestly say anything for ratings/cash/views!’

So I was surprised to see Hills appear on Good Morning Britain today… to directly help me get ratings, cash and views. If there’s one thing worse than a mercenary, it’s a hypocritical mercenary. 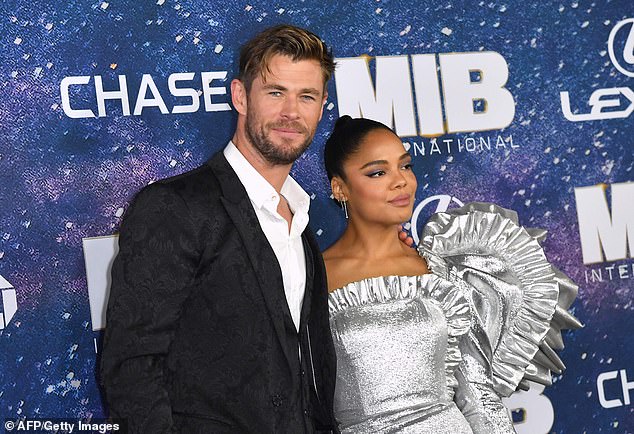 I pointed out that my opinions are actually shared by the vast majority of people, as proven by the fact that whenever we poll them on GMB, at least 90 per cent of viewers normally agree with me.

‘The Last Leg is not representative of the wider public,’ I said, ‘you’re just a bunch of smart-arse, snowflake liberals laughing at people with mainstream views.’

Of course, as soon as the cameras stopped rolling, snarling Hills was as nice as pie. ‘That was great fun! We both get it, right, mate?’

My eighth Hollywood film, Men In Black: International, has hit UK screens, and should take my career box-office takings to more than $2 billion. This was possibly my favourite cameo, playing off the franchise’s running joke about famous people being aliens living among us.

Liam Neeson, as High T, head of the MIB UK branch, walks up to Agent M (Tessa Thompson) as I am seen speaking on a gigantic screen, and whispers conspiratorially: ‘It’s never who you think it is.’

‘Oh no,’ she replies, as the camera goes back to my huge head, ‘that one makes sense.’

Lest there be any doubt as to who steals the movie, the Financial Times review was headlined: ‘Mutant aliens upstaged by Piers Morgan.’

I’ve been invited to take part in a top-secret charity event, in which I would abseil down the outside of an iconic skyscraper. Apparently a friend of mine recommended me.

My only phobia is heights, so I was curious as to which fiendish ‘friend’ had suggested my name for this potentially lethal exercise.

‘Simon Cowell was keen to put you forward for this challenge,’ said the email from the charity. Of course he was.

To Simon Cowell’s summer party, a glitzy affair at the Victoria & Albert Museum. ‘So you’re trying to kill me?’ I asked the host on arrival.

‘I’ll be honest,’ he guffawed, ‘I thought to myself, who do I know that everyone would enjoy see falling off the side of a massive skyscraper to almost certain death? And your name immediately sprang to mind, Piers!’

Cowell has reportedly lost nearly two stone on a crash vegan diet, and did look annoyingly fit, lean and healthy.

‘You’re not actually vegan, though, right?’

‘You’re either vegan or you’re not,’ I pressed.

‘So you’re a flexitarian?’

‘You swing both ways… gastronomically.’

‘I don’t like the way this conversation is heading. Let’s just say I’m eating a lot less meat and dairy, and I’ve also cut back on sugar, bread and alcohol. And I feel great! In fact the only negative affecting my life now is the continued success of Good Morning Britain, which I hate to admit you’ve turned into a brilliant show.’

In his heartfelt speech to 500 or so staff and friends, Cowell thanked everyone who had compelled him to take such drastic lifestyle action, including his girlfriend Lauren and ex-girlfriend Sinitta.

He then praised recent Britain’s Got Talent winner, Chelsea pensioner Colin Thackery, who was standing nearby: ‘Colin’s 89 and just became the oldest person in the world to sign a record contract!’

‘There’s hope for me yet!’ exclaimed Bruno Tonioli, hugging me ecstatically.

Amanda Holden was on mischievously euphemistic form. ‘Would you like to dip your finger into my creamy prawn?’ she asked, before exploding with laughter.

We posed for a selfie together.

‘You always stand too close to the camera so it makes your head look massive,’ she told me.

‘My head IS massive,’ I replied.

‘Saucy!’ she cackled again, like Barbara Windsor in the Carry On films.

Katie Piper was there with her husband. She recently went public about having a crush on me. ‘It’s all true,’ she admitted in front of both our spouses. ‘Though to be fair, I am blind in one eye.’

I woke to a desperately sad message from Vinnie Jones in Los Angeles telling me his wife Tanya had died after a long battle with cancer, at the age of only 53.

Tanya was a wonderful, gutsy lady who saved her husband from himself so many times over the years, and was the constant rock of stability at the centre of his turbulent life.

In recent years he gave up drinking, in part so he could better return that care to her when she needed it. They were a great couple, and had a terrific marriage.

‘She touched everybody’s heart that she met,’ Vinnie said in his message.

Yes she did. And I know her death has broken his. RIP Tanya, and my deepest condolences to Vinnie.