Home » Lifestyle » It’s pink gin… in a TIN! Gordon’s launches its summer tipple in a can

It’s pink gin… in a TIN! Gordon’s launches its summer tipple in a can

It’s pink gin… in a TIN! Gordon’s launches its popular summer tipple in a can for £1.80 (and it’s sent fans into a frenzy)

With its pretty pale colour and flavour of raspberries, pink gin is the perfect springtime tipple.

But now the popular alcoholic drink is available in pre-mixed tins with tonic – and gin fans are going wild for them.

Gordon’s has launched Premium Pink Distilled Gin & Tonic cans for £1.80 a tin at four major supermarkets in time for the first May bank holiday weekend.

Gordon’s Pink Gin, which launched last year, is said to taste of raspberries and redcurrants with a touch of juniper.

It has now been pre-mixed with Schweppes Tonic in tins, which are on sale at Asda, Morrisons, Tesco and the Co-op.

Gordon’s recommends drinking the pre-mixed G&Ts straight from the tin. 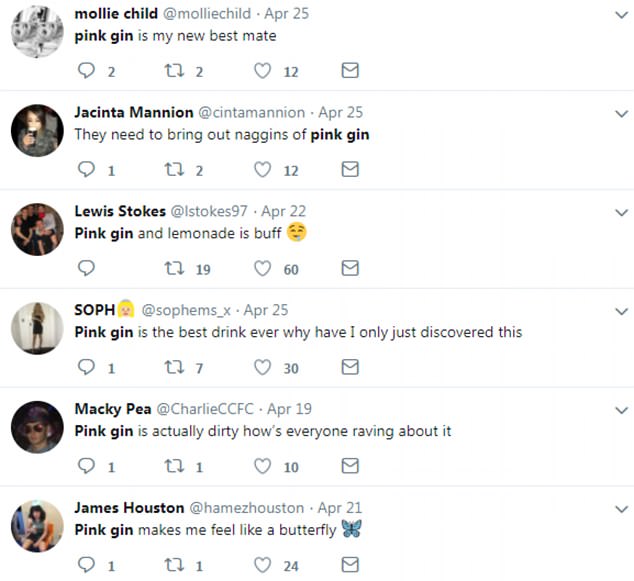 However if you have a little more time on your hands, you could also serve them in a wine glass with ice and a fresh strawberry cut into wedges.

Pink gin has become the trendiest new way to enjoy a classic gin and tonic cocktail, with several brands launching the pretty coloured alcoholic beverage in the last couple of years.

It’s said to give you 100 gin serves as it contains three litres of liquid.

However it is pricey at £135 but Pinkster says it will save you £15 on buying four glass bottles.