Prue Leith has been slammed for saying that packed lunches should be banned and that children should only have one lunchtime treat per week.

The Great British Bake Off judge, 79, London, appeared on Good Morning Britain alongside London based education and families editor Sian Griffiths, to discuss whether parents should be responsible for what their children eat at school.

While Prue claimed that ‘most mums’ fill their children’s lunch boxes with ‘junk’, Sian argued that school meals are just as unhealthy.

Viewers disagreed with Prue and branded her ‘patronising and insulting’, while some felt her role as a judge on a baking show meant her message was hypocritical. 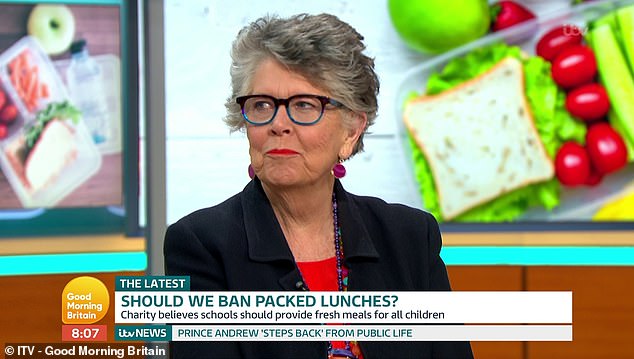 Prue Leith,79, London, appeared on Good Morning Britain today, where she claimed that packed lunches should be banned in schools 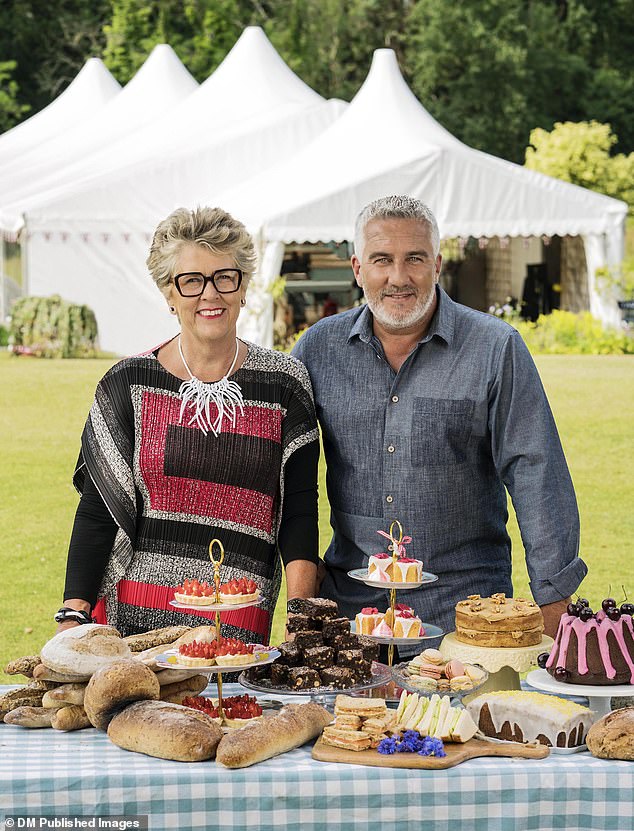 The TV chef is a judge on popular baking show Great British Bake Off. She is pictured alongside co-judge Paul Hollywood

When quizzed on why parents should be banned if they’re providing healthy lunches, she said: ‘If that was the average packed lunch I’d be happy, but it’s not.

‘It’s true there are some mums who do really well, but most don’t. They fill the lunch boxes with junk, frankly. A treat should be once a week, not once a day.’

After co-host Susanna Reid questioned the comment, she continued: ‘It depends what the treat is.

‘It depends. But I think if you have more than one sweet thing a day, you probably are adding another 400 calories. We just don’t want it everyday.’

Sian weighed in, saying: ‘I think something does need to be done, but I don’t think banning packed lunches is the answer.

A lot of school food is absolutely terrible. I go to schools a lot and just in the last week I have been offered pizza, fish finger baps, fried fish in batter and sausages.

‘These are all on school menus and they are not healthy foods.’

She went on to insist that it’s a parent’s job to educate their children to eat healthy food and ‘taking on responsibility for fat children’ is not really the job of schools. 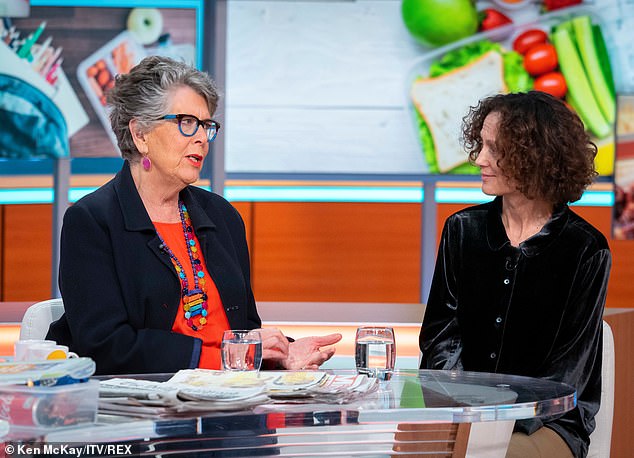 She alongside London based education and families editor Sian Griffiths (pictured right) , to discuss whether parents should have to feed their children school meals 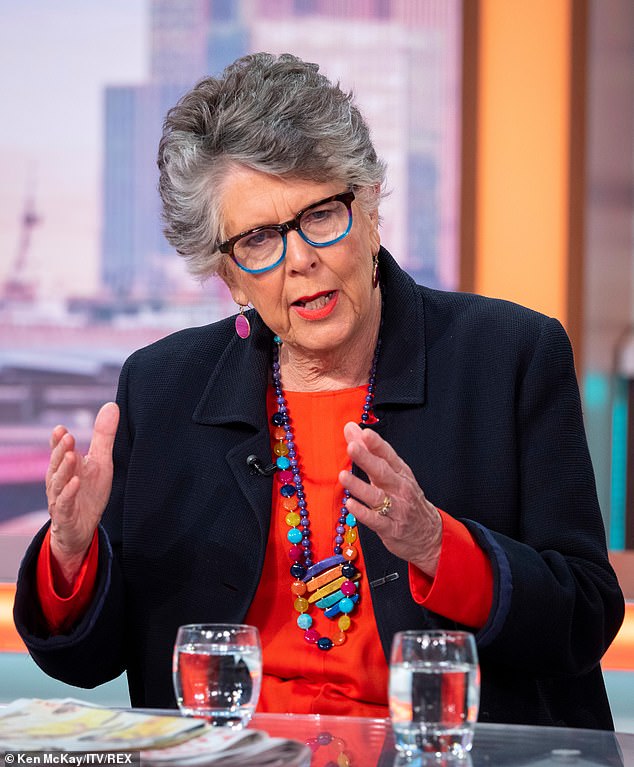 Viewers were quick to share their views, with one claiming that her son had actually lost weight after switching from ‘stodgy’ school meals to packed lunches.

She wrote: ‘My son has lost weight since changing to packed lunches. School lunches are full of stodge and they kept giving him extra portions.’

Another wrote: ‘I am for school lunches but please stop scrutinising packed lunches when school dinners include a sweet pudding EVERYDAY!!!! ‘

‘My kids don’t like the school meals on offer. So as long as I know I have packed and made a healthy packed lunch, I know they are not going to go hungry.

‘Instead of playing and pushing the school meal to one side and come home hungry. Absolutely ridiculous to even think it!’, wrote another.

‘One meal choice… my children wouldn’t eat, then wouldn’t focus on learning through being hungry.

‘Also I’m capable of a good meal of an evening. Sandwiches are fine at lunch. They will end up fat from two hot meals a day.’

Although some viewers did echo her sentiment, with one stating: ‘I totally agree with Prue Leith. 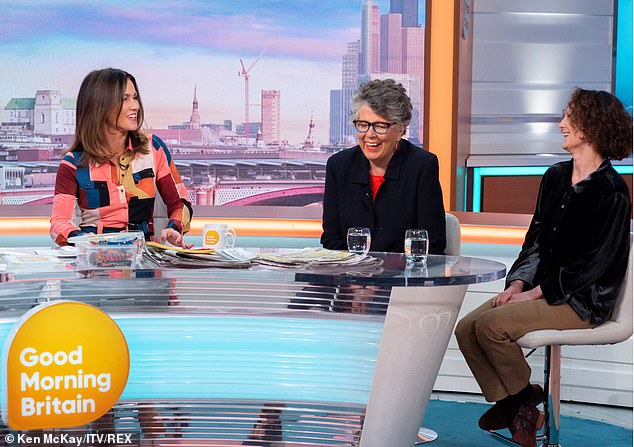 Host Susanna Reid (pictured left) then quizzed Prue on the irony of her message, to which Prue argued that although she hosts a baking show, ‘nobody is recommending you do this every day’

Another argued: ‘There should be more importance but on food education and teaching our children to cook.’

Host Susanna then quizzed Prue on the irony of her message, to which Prue argued that although she hosts a baking show, ‘nobody is recommending you do this every day’.

She said: ‘This is a competition, nobody is recommending you do this every day – most people go into cooking through baking.

She later added: ‘Mother shouldn’t put a treat into the lunch box every day.’

Fan’s agreed with Susanna, and felt it wasn’t right to preach about healthy eating while hosting a baking show

She went on to reveal that she wants children to see ‘lunch as a lesson’ before Sian ended the argument saying: ‘You have been fighting this battle for forty years, we’re not getting very far.’

Fan’s agreed with Susanna, and felt it wasn’t right to preach about healthy eating while hosting a baking show.

One wrote: ‘It’s a competition about cake and bread and encourages people to stuff their face with it.’

Another argued: ‘Prue said she put on a stone when she hurt her leg because she ate too much cake, yet here she is lecturing us on feeding our kids. Do bog off!’