Six years ago, Abanob Saad sat in a clinic in Melbourne’s north-west where a religious psychiatrist advised him to watch heterosexual pornography in a bid “cure” his same-sex attraction.

Mr Saad was 24, the eldest son of conservative Egyptian parents, and a devout Coptic Orthodox Christian. He thought the pornography was “stupid and immoral”. 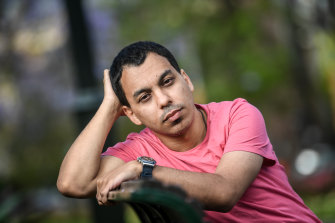 “I was at loggerheads because I had a very strong relationship with God, but throughout my schooling I was told, day in and day out, that my impurity and my sinfulness as a homosexual was so repulsive to God,” he told The Age.

“It makes you want to get rid of it, no matter what it takes.”

It’s this sort of damage, and these sort of practices, that the Andrews government is seeking to curb through controversial gay conversion legislation that passed Victoria's Lower House on Thursday evening.

As Mr Saad struggled to reconcile his sexuality with his faith, he spent years trying to suppress who he was, and eventually sought the guidance of a priest, followed by a referral from a doctor in their parish to see a senior Coptic psychiatrist.

He urged Mr Saad to continue to pray and repent, in between months of psychotherapy, in which the psychiatrist attempted to establish a link between Mr Saad’s same-sex attraction and any form of trauma he might have experienced as a child.

None of these conversion practices worked. Mr Saad is now 29, openly gay, and happy with who he is. But getting to this point was an often traumatic journey.

Each failed attempt to change exacerbated the guilt and shame he had felt for most of his life, leading to suicidal ideation and “feelings of extreme helplessness and hopelessness”.

Under the reforms, anyone found trying to suppress or change another person’s sexuality or gender identity faces up to 10 years’ jail or hefty fines if it can be proved beyond reasonable doubt that their actions caused serious injury. 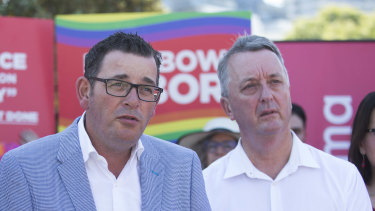 In strongly worded remarks to the Legislative Assembly on Thursday, Premier Daniel Andrews tackled the Bill's religious detractors head on, saying, “No-one should have to hide who they are or who they love, let alone apologise for it. Stigma and prejudice are everywhere for our LGBTQI communities – sometimes subtle, always brutal … To wrap that bigotry in faith is an insult all of its own.”

Tensions between the government and church leaders ignited this week after the bill not only sought to criminalise conversion practices in health settings such as counselling or psychotherapy, but also religious and informal settings, including, controversially, certain “prayer-based practices”.

“Who I pray to, how I pray, what I pray for, and most particularly, who I pray with is not of concern to any government,” Catholic Archbishop Peter Comensoli told The Sunday Age. Others described it as the biggest threat to religious freedom in years.

However, Mr Andrews, who is also Catholic, used his speech to hit back at those he said were “critical of a law to ban the worst form of bigoted quackery imaginable.”

“This is not something to be proud of. This is not what I pray for. Victoria is a secular state. If equality is difficult for you, then that is on you. That is your issue and your problem.”

The Liberal National Coalition sought on Thursday for the bill to be delayed to give MPs more time to consider the details, but its attempt failed. It will now be debated in the upper house.

Caulfield MP David Southwick said the Opposition supported “outlawing harmful LGBTI conversion therapy practices that have no basis in medical science and could certainly lead to long-term trauma” but that the government owed it to Victorians “to get this right”.

Under the bill, Victoria's human rights watchdog will also get new powers to deal with complaints that fall short of the criminal standard, and to launch own-motion investigations into systemic issues as part of a new civil scheme for victims. 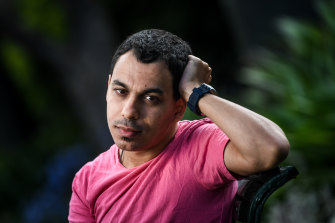 Survivors such as Abanob Saad say the changes will be life saving. Research has shown that same-sex attracted and gender diverse people have a higher risk of suicide and self-harm.

Being LGBTI is particularly difficult for people in culturally and linguistically diverse communities, where the pressure of getting married and having children is often all the more pronounced.

A 2011 study by ACON and Arab Council Australia, for instance, found 7 out of 32 same-sex attracted respondents from Arabic-speaking backgrounds in NSW had been taken to a religious leader or doctor to be “cured.”

“We need to end this myth that gay people don’t exist in non Anglo societies, and the gay people don't exist in the Coptic church,” Mr Saad said. “That’s why I’m speaking out."

Money expert reveals what children need to know about their finances

Frank and Angela's kids are furious that they're moving to Wales