“It’s really moving to see this many people show up,” said Chalamet of the line at Madison Square Garden.

Covid or not, many people are choosing early voting in person during this tumultuous election season, including some of our favorite celebrities.

Timothée Chalamet hit the line in New York City on Saturday as early voting began to cast his vote, killing some of his downtime with a celebrity chat.

Voters have been reporting insane wait times to cast their ballots, with many talking about waiting in line for eight hours or more. With that comes a need to fill time, with people bringing along books, smartphones and even tablets to take in a movie (or four) while they wait.

Chalamet, on the other hand, had the opportunity to bring a little star power to those he called his “lines buddies” while killing some of his line time with his celebrity pal, Selena Gomez.

The two hooked up via Instagram Live while he was in line outside Madison Square Garden, with Chalamet admitting that the whole experience was actually quite powerful.

“It’s really moving to see this many people show up,” he told Gomez, revealing that he’d been in line about an hour at this point. “It feels like people are motivated and everyone’s telling young people to vote.”

He said that it felt particularly impactful to be voting at the Garden, “because I’ve seen many great things happen here. I’m hoping another great thing happens today.”

He was appreciative of the diversity in ages he was seeing in line with him, ready to cast their votes, and threw some praise Gomez’ way for how she’s used her platform to share information and encourage her followers to vote, as well.

“I’m really proud of you. You’ve been all over this stuff and I know it’s making a difference,” he told her. 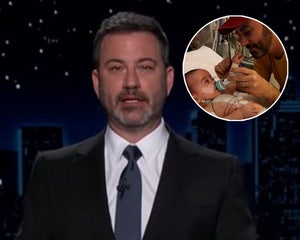 As for why he was hitting the line to vote in person, Chalamet said, “All that mail voting, they de-legitimize it, or they tried to legitimize it [sic], so that’s why I wanted to go in person. I just want to, like, see it done.”

At another point, Chalamet said, “Everyone’s telling young people to vote, but it feels kind of condescending, ‘Duh, we’re gonna vote. Duh.'” Historically, though, young people have been among the hardest demographics to convince to get involved in the electoral process.

For all the talk that young people could be one of the deciding factors in this election, they’ve rarely taken their enthusiasm to the polls. Voters older than 60 have consistently shown up at the polls in numbers more than twice their 18 to 29-year-old counterparts, per the U.S. Election Project. 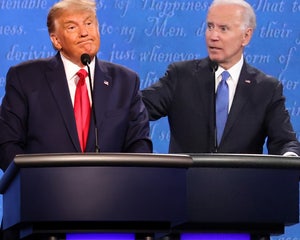 In the 2018 midterms, where young voter engagement was touted as much higher than usual, barely one third of those younger votes turned out, compared to two-thirds of the Baby Boomer generation and older. The pattern has remained consistent for decades.

And yet, NPR notes that Millennials and those members of Generation Z of voting age make up 37 percent of eligible voters. That’s the same share of the electorate made up by Baby Boomers and pre-Boomers.

In other words, the youth of this America could absolutely make their voices heard right now and have a huge impact in this election — if they bother to show up. More than likely, though, they will not.

Make sure you're safe when shopping online this Black Friday