Home » Lifestyle » Our self confidence can lapse at any age. And that's OK

Our self confidence can lapse at any age. And that's OK

I assumed the Zimmermann dress would cut it. I'd picked it up at the outlet store for $350 but it retailed for more than double that, and it looked it. But when I turned up at the women's charity lunch the next week, it hit me that I'd missed the mark. I wasn't under-dressed or overdressed. 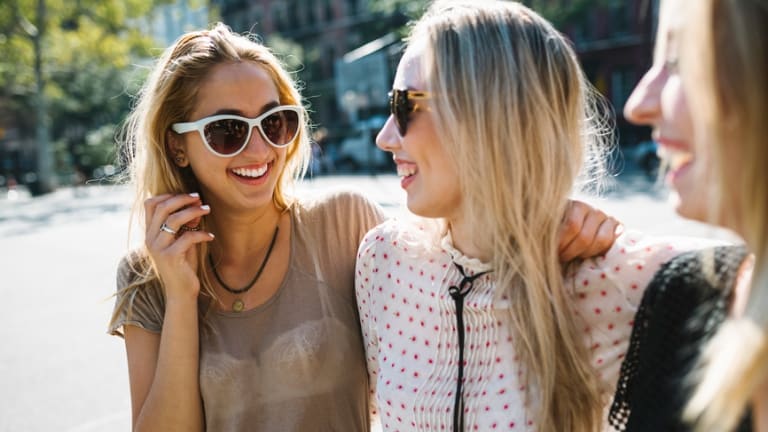 By the time we reach 40 we’re supposed to be done with all this, leaving behind the second guessing of our youth.

That dress would have been perfect for any other lunch, but at this one, among Gucci and Chloé, Valentino heels and top-shelf totes, I felt like I'd walked into the wrong room.

I'd like to think that at my age I wouldn't give a toss. That I would be comfortable anywhere in my own skin, certainly in a Zimmermann maxi dress, unruffled by what anyone else thinks or is wearing. It was an unexpected relapse into insecurity. I hadn't felt like this since I strutted into Paddo's nightclub at 16 in a Liberty frilled blouse to find my friends dancing on a podium in Madonna cone bras. I couldn't get out of there fast enough.

It wasn't the clothes that mattered so much. It was more the disconcerting sense of not fitting in that threw me off guard. It led me to extrapolate momentarily that it wasn't just here – in this room full of women so seemingly at ease with themselves and their surrounds – that I didn't fit in. It was everywhere. Had I not been invited as guest speaker, I would have turned on my Wittner heels and scurried away.

This was no one's doing. The guests were welcoming (mostly), but something about the gaping disparity between their idle chit chat about au pairs and the ideal season for Aspen, and my own sense of displacement (and the fact they weren't listening to a word I said), sent me into a spiral of self-doubt. So flustered was I that I dropped my notes, scattering them on the floor, and when I bent down to pick them up I contemplated staying there. Since when did I rely so heavily on the validation of strangers?

By the time we reach 40 we're supposed to be done with all this, leaving behind the second guessing of our youth, morphing into strong, self-assured women, certain of our place in the world. 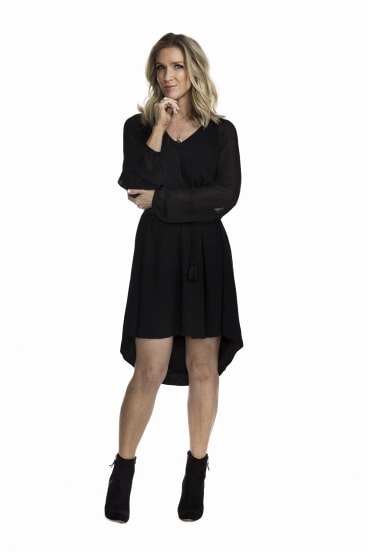 "We call it running out of Fs to give," says author Glennon Doyle in a podcast interview with Mia Freedman. "The beautiful thing is that when you stop caring about the things that don't matter, you can give yourself so mightily to the things that do matter".

Glennon writes often and candidly of her chronic youthful insecurities, of sending her "representative" into the world rather than expose her own authentic self. But that was then. Now, at 42, she gushes about her boundless confidence and "walking around open and free and unafraid", no longer needing to be liked by everyone, but rather, "loved by a few".

I do have moments when the wisdom I've gained with age holds me up, no matter what. I make tough decisions, speak my truth, rise above, carry the load. I'm braver, wiser, calmer and more loving. I forgive easily. I'm proud of who I am.

But I can also be felled by the mildest things, like when people gush about happy family times. I'm delighted for them. Really. But I question if I'm somehow doing life wrong: the friends who slipped away when my relationship ended, the invitations drying up. These are occupational hazards of single motherhood, I'm told, but they still hurt.

I'm not as brazen on the work front, either. I used to go after what I wanted, the job I thought I deserved. Author Jamila Rizvi wrote in her book Not Just Lucky of having the chutzpah to call the prime minister's office at 22 for a job. But now, in her 30s, she says that version of herself "is a stranger to me", referring to the decline in career confidence so typical of women as they get older.

What never goes away is our desire to belong, what social researcher Brené Brown calls the reminders that we're all "inextricably connected". And that can come at any age.

The eighth-best forward in Dream Team has an ownership of just 0.9%