‘I need these in my life!’ Shoppers go into meltdown as budget supermarket Aldi launches halloumi fries JUST like Nando’s version – for just £1.99 a box

Shoppers are scrambling to get their hands on the latest offering from Aldi after the budget supermarket announced they are launching halloumi fries in store.

Priced at £1.99 the coated Cypriot cheese sticks are set to rival a similar offering from Portugese favourite Nando’s who launched its halloumi fries in February.

And while the cheesy treats won’t be available in store for another week (May 18) foodies have already taken to Twitter to share their excitement. 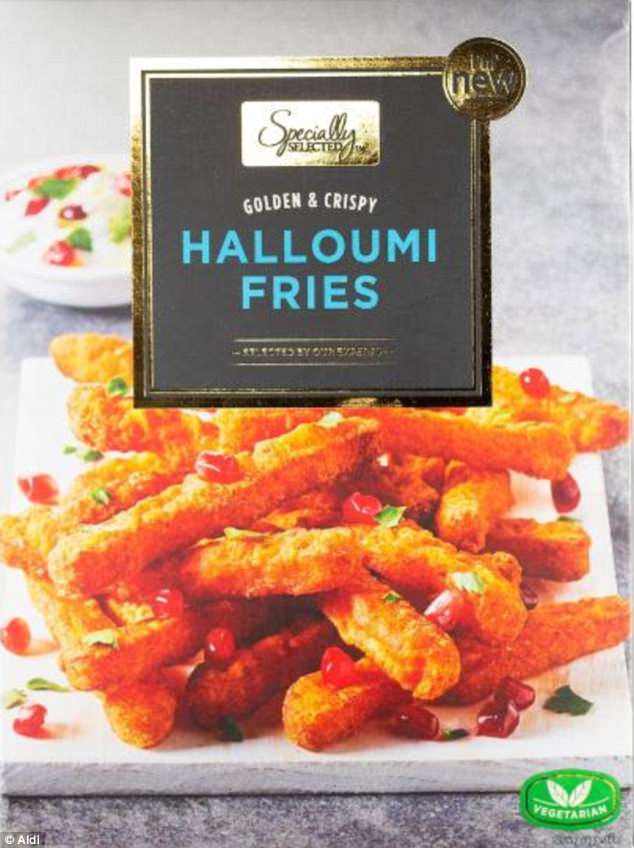 One wrote: ‘When you’re trying to commit to that healthy lifestyle but you hear Aldi are doing halloumi fries’.

Another seemed equally delighted adding: ‘Aldi are doing halloumi fries. If that’s not the best news you’ve heard all day then I don’t know what is.’

The supermarket said that ‘foodie dreams are about to come true’ as it announced the launch before admitting inspiration had come from a well-known chain restaurant.

A spokesperson said: ‘Inspired by a similar offering from popular Portuguese chicken eatery, Nando’s; Aldi’s Specially Selected Haloumi Fries are made with scrumptiously soft – and slightly salty – halloumi cheese from Cyprus and a lightly seasoned crispy coating making them the perfect side or snack for sharing.’

Julie Ashfield, Joint Managing Director of Corporate Buying at Aldi UK, comments: ‘Halloumi is very popular right now and we are delighted to be the first supermarket to bring our customers halloumi fries, a snack we think will be a big hit this summer and which isn’t currently available from any other supermarkets.’ 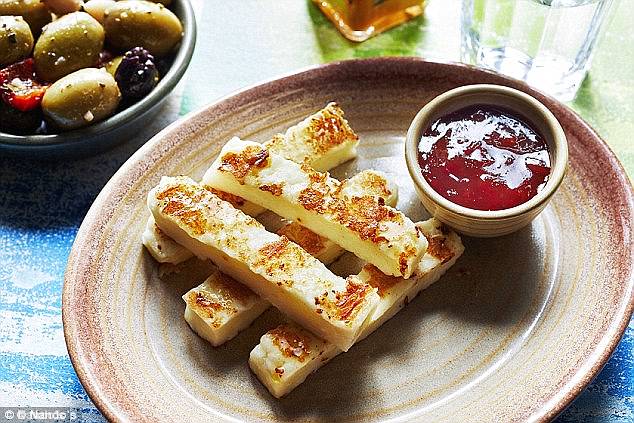 Nando’s whipped fast food fans into a frenzy when they introduced the halloumi fries to its starters in February.

Served with a pot of Nando’s sticky, sweet chilli jam for dipping, the £3.70 starter consists of five chunky sticks of golden cheese.

This is compared to Aldi’s 190g bag, found in the freezer section, which comes in at nearly half the proce at just £1.99.