Smoking still No.1 cause of premature death, disability: expert

Almost 170,000 Australians died last year, with a public health expert linking four of the top five causes of death to smoking, and dementia-related deaths on the rise as the population ages.

Australian Bureau of Statistics data on the causes of death showed the number of deaths increased by 6.8 per cent to 169,301 in 2019. 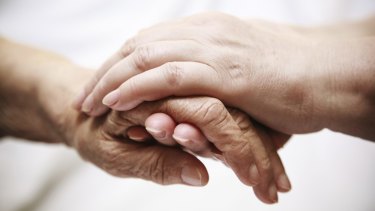 "What we're seeing now is the smoking epidemic in Australia," she said.

"The peak for men was in the '40s – three-quarters of men smoked. For women it was 1978. But we've still got those people who were smoking in their youth who are now dying."

Professor Banks said the number of dementia deaths was increasing because the population was ageing.

"The older you are and the older your population, the more people you have with dementia," she said.

There were 3318 deaths from intentional self-harm last year. While suicide was the 13th highest cause of death, it accounted for the most years of potential life lost due to a low median age at death of 43.9.

Three-quarters of those who suicided were men, with the rate of suicide in men increasing over the past 10 years.

The sixth most common cause of death was prostate cancer for men and breast cancer for women.

Professor Banks said the broad data helped paint a picture about what was happening in the lives of Australians.

"These data tell a story, collecting all the stories of those 170,000 people who have died, and tells a story of what's happened to us historically and also currently," she said. "It also says that every life matters and that we need to be thinking about what is going to make us healthier at every opportunity."

Get our Morning & Evening Edition newsletters

The most important news, analysis and insights delivered to your inbox at the start and end of each day. Sign up to The Sydney Morning Herald’s newsletter here and The Age’s newsletter here.