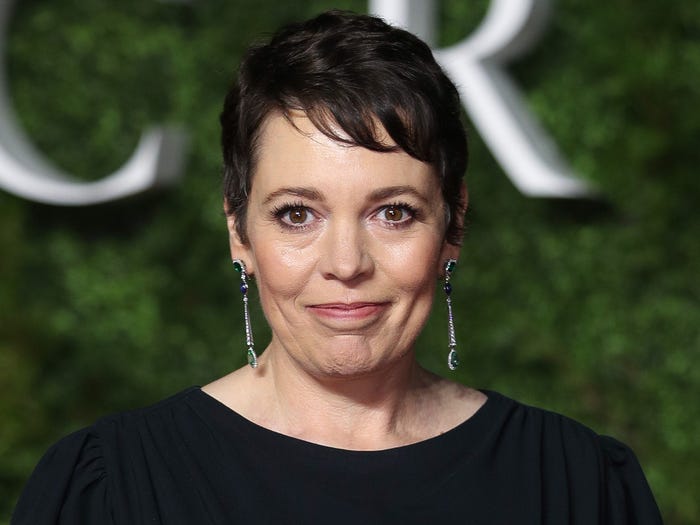 "The Crown" actress Olivia Colman has said she is "quite pleased" to move on from the show after playing Queen Elizabeth II for two seasons.

During a virtual conversation with Mountview Academy of Theatre Arts, Colman said she found it difficult to play the British monarch "because behind closed doors, we don't know what she's like," according to Radio Times.

"I had a little bit of play with that. But definitely … the hardest part I've done is someone who's real. I'm not ashamed to say that I'm quite pleased now to be able to move on to something else," Colman said.

"Being employed for two years, that's a lovely feeling because I still get the fear that it's not going to happen again," she added.

The actress played the Queen throughout the third and fourth seasons of the historical drama. The latest season, which aired on Netflix in November, focuses on Her Majesty's relationship with former British Prime Minister Margaret Thatcher (Gillian Anderson), and the love triangle between Prince Charles (Josh O'Connor), Princess Diana (Emma Corrin), and Camilla Parker-Bowles (Emerald Fennel).

Imelda Staunton will take over the role of the Queen in the fifth and sixth seasons of the show. She is well known for playing Dolores Umbridge in "Harry Potter and the Deathly Hallows" and Lady Bagshaw in "Downtown Abbey."

Colman has played a wide variety of roles throughout her career, from the character of Sophie Chapman in the British comedy series "Peep Show" to Queen Anne in the 2019 film "The Favorite," for which she won the Oscar for Best Actress.

She gave her advice for aspiring actors during the virtual conversation, saying: "Do not get too up yourself, too grand. Work is work. If I now decided: 'Oh, I will only do feature films,' I might not work again. If you get accolades for something, enjoy it for a bit, but put it aside and pretend that hasn't happened a week later."

"You still need to work and no one else will remember it either after a week. So crack on," she added.