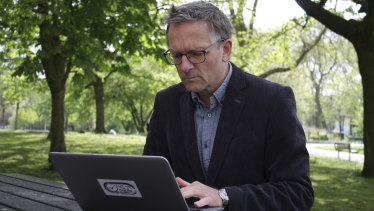 Poor us, we’re bombarded with conflicting health information, says the British medico, and then proceeds to bombard us with health information. To be fair, some of it might be very helpful to people with afflictions such as vertigo, anxiety and glaucoma, and there’s a report on a condition affecting pregnant women that’s well worth raising. But the exercise stuff should really be common sense by now. And enough with the intermittent fasting! 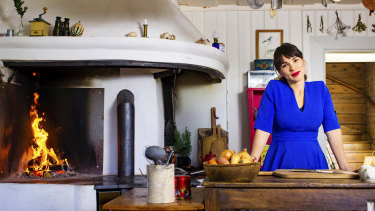 The British pastry chef and her baby bump seem to have glided straight from the set of Zumbo’s Just Desserts in the Hunter Valley to an adorable cottage in the Swedish countryside to present this dreamy cooking show in her adopted homeland. Whether she’s foraging for berries and mushrooms, learning to make spruce oil, or wafting about her gorgeous rustic kitchen making an impossibly indulgent cream sponge, Khoo is mysigt (the Swedish word for cosy) personified. 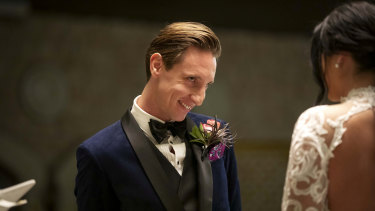 Thank goodness for Ivan (pictured) and his sense of occasion, otherwise this ridiculous coupling show would be little more than another line-up of tortured souls who aren’t very adept at expressing themselves. While other participants in the sickest television mating “experiment” since Chains of Love have the ignorance and audacity to compare their words to those of William Shakespeare (yes, you, Michael), Ivan is busy being fabulous.