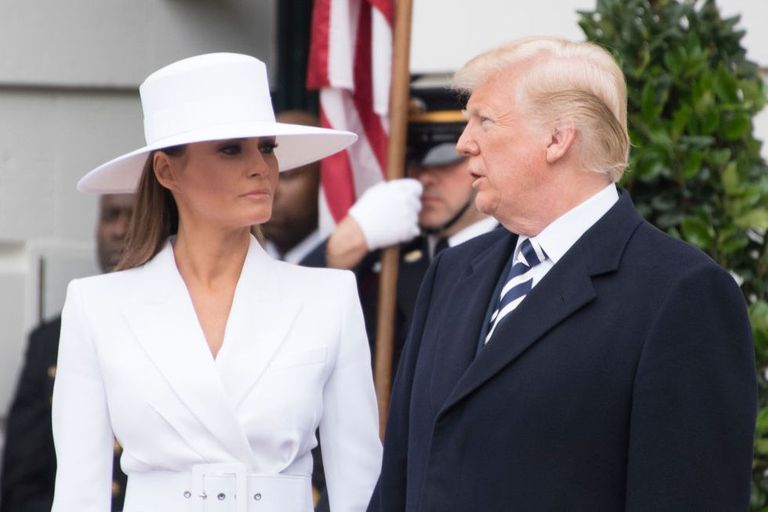 In Washington today, two people who definitely like each other and regularly interact in real life attempted, with limited success, to hold each other’s hands in front of cameras.

Captured on MSNBC’s coverage of French president Emmanuel Macron’s visit to the White House by Shannon Watts on Twitter, the video shows the American president apparently attempting to signal his wife that he wanted to grasp her hand by repeatedly tapping her brusquely, much like regular people who have regular person experiences all the time.

Michael Cohen’s second most problematic client first brushed his claw against the first lady’s hand, a gesture of romance so overwhelming that she ignored it, opting to stare directly forward with the force of someone who is just doing her job and doesn’t need to be distracted. He then tried to tap her with his index finger like a middle schooler on a first date at a screening of Avengers: Infinity War, testing the waters to see if this was a good moment for some butter-fingered hand-holding. It was not.

The first lady, in a wide-brimmed white hat like Olivia Pope except the exact opposite, did not get the message, so the president resorted to lightly worming his pinkie finger into her palm like an unsubtle Russian bot showing up in your timeline bearing a conspiracy theory and a donation link.

Apparently the third time was the charm, as the first lady’s immobile hand was successfully grasped by the president’s in a show of national and connubial unity that captured the heart of the nation.

The president, of course, is known for his unsettling relationship with his hands, having engaged in a hand-shaking battles in the past. Among the contestants:

More recently, he has resorted to simply holding hands, as seen here with British Prime Minister Theresa May.

And earlier today, with Macron.

When reached for comment, body language experts called the president’s hand habits, “a heartbreakingly beautiful extension of his romantic businessman soul” and “just about as unsettling as literally everything else.”