Waller-Bridge's RADA mentors told her 'cash in on aristocratic looks'

AMANDA PLATELL: Flea in the ear of Phoebe Waller-Bridge’s RADA mentors who told her to cash in on her ‘aristocratic looks’

Fleabag creator Phoebe Waller-Bridge was told when she graduated from Rada to capitalise on her winsome aristocratic looks.

Instead, she has become star of her own show, writer of the sublime TV series Killing Eve and ‘script doctor’ for the latest Bond movie where she promises to make Bond girls feel ‘like real people’.

As for the shots in a current Vogue article, she chose to have them taken on a bus — proving brains can triumph over beauty and that, whatever her Rada teachers said, she was always going to have the last laugh. 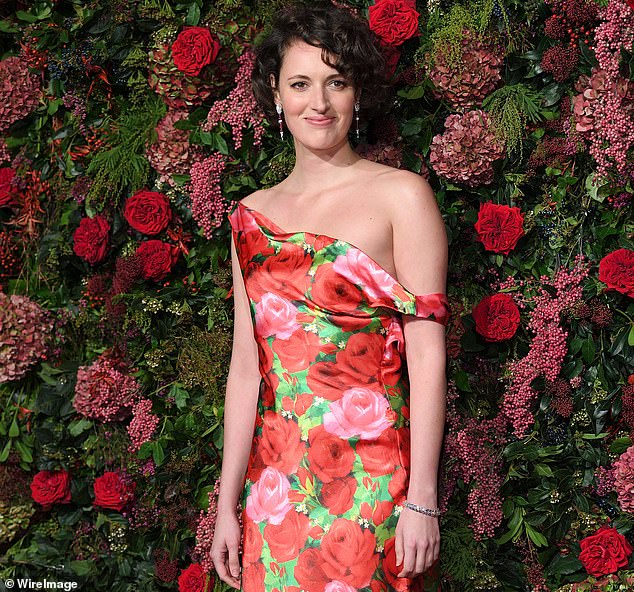 Actress Charlize Theron’s adopted child Jackson, seven, was born a boy but is being raised as a girl.

Now Charlize wants the Oscars to become gender neutral. No more best male/best female awards — the statue should be given to the best person. Jolly good.

But don’t we also need to have a think about the actual Oscar statue — currently he’s a bloke.

Recently we had a two-part ITV love-in on Prince Charles detailing his good works for the Duchy of Cornwall.

Now we’ve got Charles: 50 Years A Prince, again on ITV. Enough already. In time, Charles will enjoy his moment in the spotlight as King, with Camilla his Queen. In the meantime can’t we just enjoy the years we have left with the Queen and Philip?

The Duchess of Sussex placed a cross in the Field of Remembrance at Westminster Abbey wearing a pair of Victoria Beckham’s must-have chunky-heeled boots.

Cynics say Megs could have donated the cost of them to the Poppy Appeal, supporting the charity so close to husband Harry’s heart, as he is a former serving officer.

Don’t be ridiculous. How could anyone stuff £1,213 into one of those tins?

After winning a High Court challenge over the police’s ban on their protests, Extinction Rebellion protesters are set for a million-pound pay-out.

They’re also planning another 12 days of protests to bring London to a standstill again, saying they are determined to turn this into ‘the climate election’.

Do any of these protesters have a shred of compassion for the ordinary folk they prevent getting to work to support their families, especially those on zero-hours contracts? No show, no pay, because some imbecile has glued themselves to a bridge.

Like Greta Thunberg, they argue that we workers are stealing their future. It doesn’t occur to them that they are robbing hard-working people and their families of their present.

For the first time in my life, on my birthday next week I won’t get a call or a card from Mum and Dad, as they both died in January. So I’ve dug out some old cards they sent me, one when I was just 27, to remind me of them.

Having watched numerous TV interviews of her including the one on The Graham Norton Show and read even more about her as she promotes her new series The Morning Show, I’ve come to a terrible realisation about Jennifer Aniston.

She is in fact, in real life, boring. Utterly, completely, stultifyingly boring. Far from being the Friend everyone wanted, she’s as humourless and poker stiff as the Rachel hairstyle that launched a trillion hair straighteners.

The bottom line about Kim

All is not happy in the Kanye West and Kim Kardashian household now that the rap star has found religion again. Kim’s husband of five years was appalled when she went to the Met Gala in a sliver of gossamer (right).

He says the outfit ‘affected my soul and my spirit as someone that’s married and the father of four kids’.

Bit late now, Kanye, to be regretting the impact on your children of marrying a celluloid reality TV celebrity who attempted to break the internet by showing off her naked bottom. 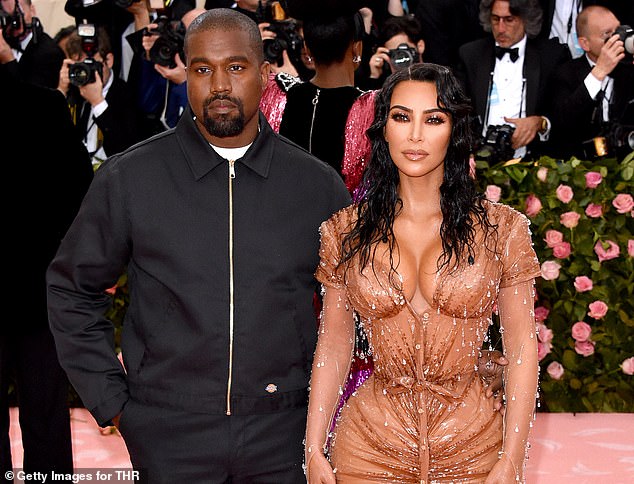 The first intimacy, when Robyn Crawford was 19 and the budding singer just 16, is detailed seven years after the star’s death.

How tawdry to wait all this time to cash in on what the child Whitney had chosen to keep secret — One Moment In Time that we should never have heard about.