Home » Lifestyle » Was 2020 the year we finally broke our culture?

Was 2020 the year we finally broke our culture?

“Cancel culture” was 2019’s Macquarie Dictionary word of the year, but it has had such a strong 2020 it should perhaps have been allowed to keep the yellow jersey for another 12 months (it didn’t; “doomscrolling” took podium honours this year).

Some of the targeting was overdue (Pete Evans, whose transgressions became so great by year’s end that Facebook removed his page). Some of it was well-intended but inelegantly handled (the temporary removal of Gone With the Wind and Fawlty Towers from streaming catalogues until they could be “reframed” in accordance with modern sensitivities on race issues). And some of it was downright vitriolic (the TERF war between J.K. Rowling and trans women). But it all pointed to one thing: our culture is under so much stress that it’s at real risk of breaking. 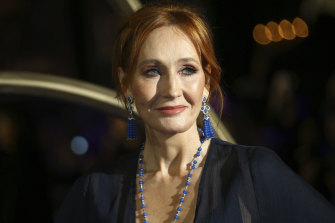 Lightning rod: JK Rowling’s pronouncements on trans issues put her in the spotlight repeatedly throughout the year.Credit:AP

“Absolutely everything has been politicised now – we’re not interested in action or debate, only in being right,” says Dr Benjamin Nickl, a lecturer in arts and social sciences at the University of Sydney. “I think 2020 was the year of the politically over-determined symbol, where you can’t just hold a mask in your hand without being called something other than a person holding a mask in your hand.

“The culture wars have gone into Code Red. We’ve lost the space of neutral debate, and that’s so important.”

As opinion trumped fact and opposing sides hurled cries of “political correctness gone mad” and “burn the place down” from their respective fortresses, the very notion of a shared culture came to seem problematic. But there was one point where opponents did meet: on the central battleground of “freedom”.

Both arguments are compelling, and both have their flaws. Over the course of 2020, we saw multiple occasions when they flared up, more often in anger than coherent argument. And frequently, race was at the heart of things.

The debate got a head start in January with reports the Australian Federal Police were assessing a claim that author and historian Bruce Pascoe had “benefited financially from wrongly claiming to be Indigenous”. The allegations – raised by Indigenous businesswoman Josephine Cashman and nudged along by Murdoch columnist Andrew Bolt – were dismissed just as the now-annual debate over Australia Day/Invasion Day was gathering steam. 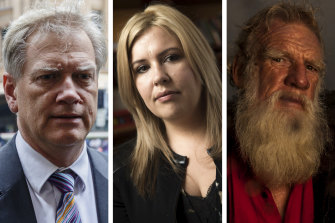 All eyes were on COVID-19 through the first quarter of the year, but the putative origins of the disease offered ample opportunity for race-baiting from Donald Trump and unwelcome Sinophobia at home, while the anti-science rhetoric of the US President managed to turn a health issue into a political one, with disastrous results.

Black Lives Matter was arguably the issue of 2020, its trigger point the death in May of African-American man George Floyd at the hands (or, rather, the knee) of a white police officer in Minneapolis. Protests spread not just through America but to many other countries, including Australia (and the fact of them happening when public gatherings were restricted due to COVID-19 became yet another flashpoint).

What started as a straightforward cry for dignity in the #BLM hashtag became a conflict zone with the emergence of the opposing #AllLivesMatter. What might have seemed nothing more insidious than a call to extend dignity to all people regardless of race was on closer inspection seen by many as a dog whistle to racists, a denial of the lived experience of people of colour and a refusal to acknowledge police brutality towards minorities. 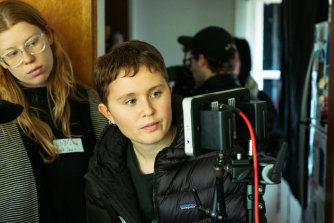 Young actress-turned-director Eliza Scanlen on the set of her short film Mukbang.Credit:Harri Sharp

By June there were little fires everywhere: the cultural-appropriation controversy over Eliza Scanlen’s short film Mukbang at the Sydney Film Festival; the ensuing attacks on the festival and its brown-skinned South African-born artistic director Nashen Moodley as shills of a “white supremacist” system; the decision by Netflix to remove four Chris Lilley series from its library over his use of blackface; a BBC streamer briefly removing the Germans episode of Fawlty Towers (over the Major’s use of the N-word, not over Basil’s anti-German rants, as some mistakenly believed); HBO’s decision to take Gone With the Wind off its service until it could be framed with an explanatory note about the 1939 film’s racism; a similar decision by the ABC with regard to the 1955 film Jedda; the toppling worldwide of statues associated with slavery, colonialism or the slaughter of indigenous populations; the liquor chain Blackhearts and Sparrows deciding to no longer stock beers from the Colonial Brewing Company because of the connotations of its name; Coon cheese promising to change its name (it hasn't).

It all pointed to a reckoning with historical (and not-so-historical) instances of racism – sometimes incidental, sometimes structuring – in our culture. Depending on your viewpoint, it was either overdue or over the top.

“Pulling down statues, demanding something be taken off air, these are expressions of frustration and rage, and valid expressions of protest,” says writer and comedian Sami Shah. “But it’s the media’s responsibility to report on the protests in a sensible and intelligent way that moves the dial further, which we have failed to do continuously.

“Organisations like Netflix will [take offending programs down] because it’s an easy fix, it’s a performative fix,” he adds. “It’s long overdue, but they’ll do it right now because it shows their solidarity with a trending movement. It’s much easier to do that than actually look at your entire management board, your diversity rates. It’s Collingwood taking the knee on the field while denying everything they’ve ever done to a black player who suffered racism for years.”

On July 8, the so-called Harper’s letter, in which 153 writers and public intellectuals called for the return of civility to public debate, was published. The same day, 27 Australian filmmakers – many of them Indigenous – decried “the current focus on public shaming and ‘burning down’ the industry” as distractions from the “important debate about diversity”. Both were roundly attacked by both sides, but especially by the Left. In a bewildering twist, one of the loudest critics of Mukbang and the Sydney Film Festival, Michelle Law, was outed for having used blackface and cultural appropriation in a short film she had made years earlier.

Jon Ronson, who prefigured much of what we now call cancel culture in his 2012 book So You’ve Been Publicly Shamed (revised and reissued this year in Audible format), says it brings to mind the old adage that the Right looks for converts while the Left looks for traitors. 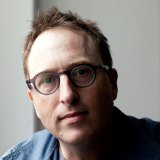 Author Jon Ronson, who has experienced, and written about, social media scorn from both sides.

However, while conceding Twitter in particular “isn’t very good at forgiveness”, Ronson also thinks the ills of “cancel culture” have been overstated.

“I want to propose an alternative narrative in which cancel culture is not just this really annoying thing where people on the Left are stopping alternative thinkers from speaking,” he says. “Despite the annoying ways of the woke discourse, they’re essentially right. The world they want, more equality, is a world everybody should aspire towards.”

Of course, any plea for decency in debate invites the social media pile-on so emblematic of our age. Just ask Nick Cave, who copped a shellacking after writing in August that “cancel culture’s refusal to engage with uncomfortable ideas has an asphyxiating effect on the creative soul of a society”.

Arguably, many uncomfortable ideas have had their time: the idea that some races are inherently superior to others, that women are inferior to men, that gender is fixed, that "normal" sexuality is binary. But shouting them down is not the way to prove that; winning the debate is. 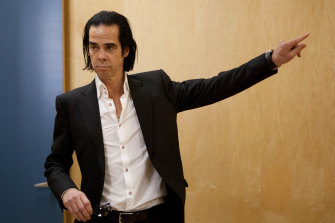 Not even Nick Cave was immune to the finger pointing.Credit:AP

Maybe part of the reason the Left often seems so shrill in the culture wars is that it has been robbed of one of its critical tools, humour, by upstart elements of the Right. The Left can seem deadly earnest (and thus easily mocked), while the alt-right makes frequent use of the get-out-of-jail-free card that its more out-there statements are just for lulz.

“I think we are actually at the point where the culture wars have broken irony,” says Nickl. “We don’t know any more if the opposite of what is being said is intended or not, and it’s putting a whole lot of stress and burden of figuring it out on people.”

Rather than doing that work, he suggests, many of us are inclined to take the easier route of retreating to hard-and-fast positions that preclude open-minded debate.

But despite the chaos of 2020, Nickl sees reason for hope.

“The younger generation brings destabilisation to the whole process – the idea that it’s not this or that, it’s all of it, it’s an interspace between things,” he says. “They are trying to undo the very strict boundaries Western culture has set up.”

The way out of the current morass, he says, is to get past the notion of fixed positions, of Left and Right, of the binaries through which Western cultures have traditionally viewed the world.

“There is a lot more spectrum, a lot more diversity out there,” he says. “I’m very optimistic about that.”