Home » Lifestyle » Your 'Westworld ' Refresh: Everything You Need to Remember About Maeve Millay

Your 'Westworld ' Refresh: Everything You Need to Remember About Maeve Millay 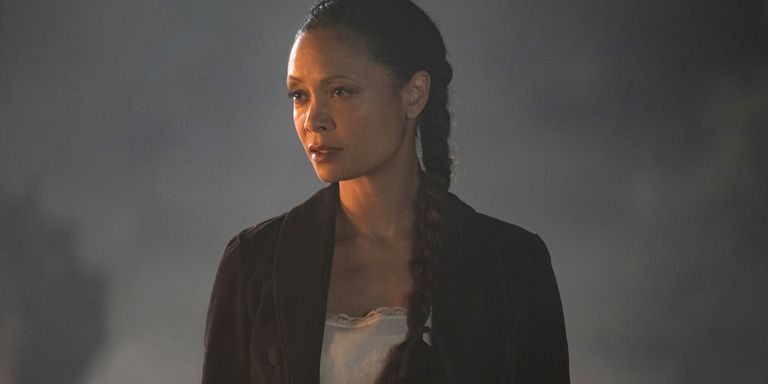 The time to return to Reddit is nigh; Westworld Season 2 is back on April 22. While not every character will make an appearance (the chances of Dr. Robert Ford being all “hi, guys!” are slim to none), a majority of the show’s completely badass women are back—including the irreplaceable Maeve Millay.

Maeve’s character development is among the more nuanced and slow-burning in Westworld, and her journey will be essential to the plot of Season 2. But um, have you forgotten literally everything that happened to Maeve in Season 1, minus a vague recollection of her leaving to find her daughter? Understandable. Here’s what you need to remember:

Maeve has a traumatizing backstory that’s vital to her narrative.

When we meet Maeve, she’s working as a cheeky madam at the local saloon. But we soon learn her previous incarnation was a “Homestead Woman” whose daughter was killed by Westworld’s resident antagonist, The Man in Black.

The incident is instrumental in Maeve’s journey to consciousness, as we now know that memories of trauma + the trigger-phrase “these violent delights have violent ends” allows hosts to break from their loop.

Maeve and Dolores both break their loop—but Maeve’s journey is completely different.

After Dolores whispers the trigger phrase in Maeve’s ear, the once well-behaved host becomes haunted by flashbacks of her former life. But instead of simply retracing her distant past like Dolores, Maeve starts remembering her immediate past—namely, her time in the Delos labs. Her ability to override her loop and recall recent events is best illustrated when she starts drawing images of Delos’ technicians and hiding them in her room:

Maeve takes action by purposefully and repeatedly injuring herself in order to gain access to the labs and force technicians to change her programming. She even has a technician take her on a tour of Delos, where she sees how the hosts are made and witnesses a promotional park video with footage of her former homestead incarnation:

But remember: this isn’t actually Maeve making decisions. At this point, everything she’s doing is a function of the code Ford placed in several hosts in order to make them break their loops and achieve consciousness.

She “befriends” two humans—and their relationship is key to the show’s future.

One of the most fascinating aspects of Maeve’s Season 1 storyline is her “friendship” with two human technicians named Felix and Sylvester, whom she manipulates into changing her code and increasing her intelligence.

Maeve initially meets her human frenemies as they’re repairing her, and she wakes up mid-surgery—traumatized to discover she’s a robot.

The cruel-yet-kinda-caring way Maeve treats Felix and Sylvester paves the way for what we may see in Westworld’s future: a complex relationship between humans and hosts that prove hosts are (maybe) capable of empathy. A prime example of this tenuous human-robot dynamic is when Maeve convinces Felix to go behind Sylvester’s back and perform a final re-write of her programming that allows her to control fellow hosts. Yes, she slashes Sylvester’s throat in a show of decidedly inhumane cruelty—but then she allows Felix to cauterize the wound in a show of something resembling human empathy. Or, dominance and control—depending on how you look at it.

She organizes a host uprising.

Maeve’s Season 1 story line comes to a boiling point when—after testing the boundaries of her new abilities and witnessing Clementine’s lobotomy—she burns herself (and Hector, her cowboy henchman/love interest) alive. The purpose? To make her tech friends remove the explosives in her body that would immediately kill her should she leave the park.

Once she’s free to go, Maeve sets about resurrecting a bunch of old hosts (including Bernard!) in storage and sends everyone on a killing spree, increasing their aggression while she’s at it. Again, it’s important to note that this is a revolution set into motion by Ford. Maeve is not making these decisions—yet at the same time, this entire arc serves as her catalyst to true consciousness.

But back to Bernard for a sec. The moment Maeve repairs him is huge, because—while looking at her code—he realizes that every decision she’s made has been written in, and they have this exchange:

Bernard: “You make your way to the train, and then when you reach the mainland—”

She makes her first conscious decision in the last moments of the season.

Arguably the most major moment in Westworld Season 1 (other than Dolores killing Ford) is Maeve making the decision to get off the train out of Westworld (not reaching the “mainland” as Bernard had told her she would, per the code) in order to find her daughter.

Up until this moment her decisions were ultimately the result of Ford’s programming—but that moment she hopped off the train? That was all her, meaning Maeve, like Dolores, has reached the center of The Maze (AKA Westworld’s preferred metaphor for consciousness).

But fans think there’s more to the story.

Maeve’s decision to stay in the park and find her daughter seems to mark her first truly conscious moment, but fans discovered that her code says “override func,” implying that the appearance of sentience was perhaps written in.

It’s an amazing find on the part of fans, but Jonathan Nolan told Vulture that the camerawork during this scene indicates Maeve’s consciousness:

On that note, ready for Westworld Season 2? Find out everything you need to know below.