A woman on a mission! Los Angeles writer goes on 30 DATES in one weekend to see if she can find ‘the one’ – while candidly filming her thoughts about each of her encounters

A woman filmed herself going on 30 dates in just one weekend to discover if meeting that many men in such a short time frame would help her find ‘the one’.

Cosmopolitan writer Gabi Conti defied all odds by scheduling herself 30 dates in Los Angeles in just three days for the publication’s Cosmo Video Diaries Youtube series, and the results left her exhausted with dating by the end.

‘I am attempting to go on 30 dates in three days,’ Gabi informed viewers at the start of the video. 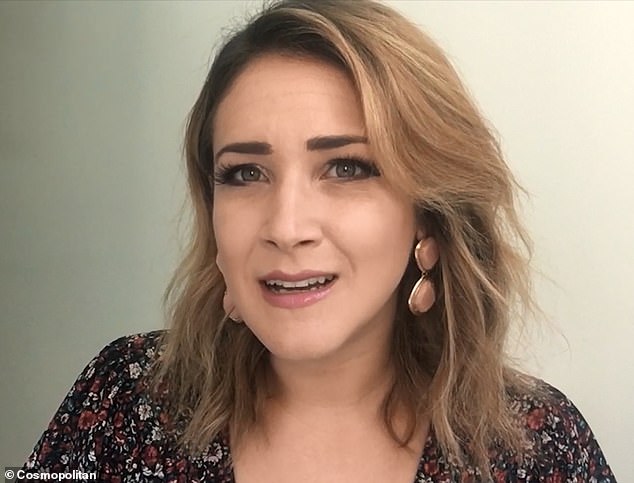 On a mission: Cosmopolitan writer Gabi Conti went on 30 dates in Los Angeles in three days 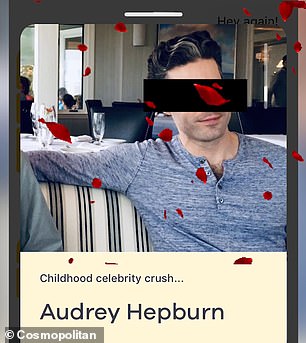 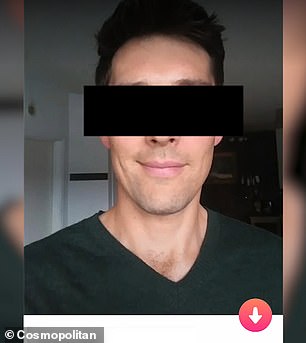 Potential new boyfriend? She wanted to see if she could find love in those three days by dating a variety of men (including those pictured above) 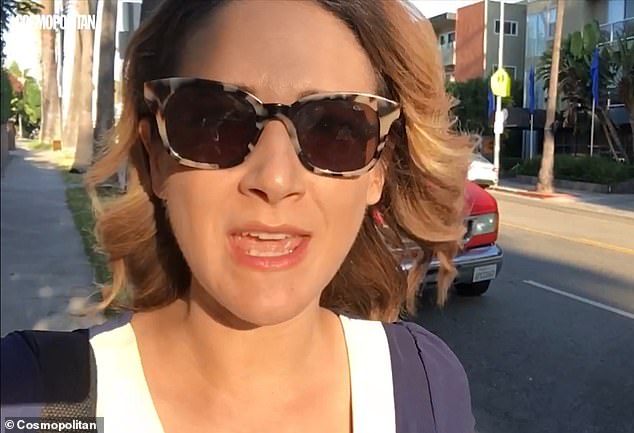 Hopping around: The dates started on Friday at 9am with a breakfast date and continued throughout the rest of the day 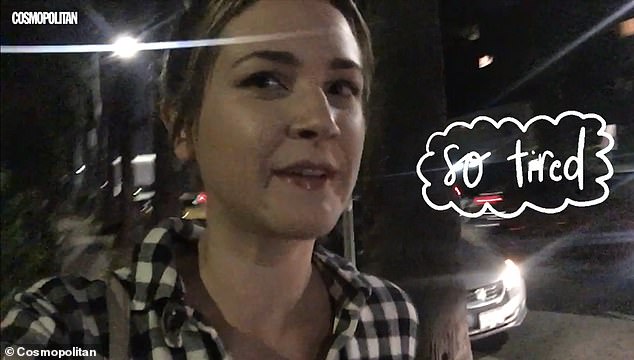 Exhausting: Gabi confessed to viewers to feeling tired after she went on nine dates on Friday

Her journey started at 8.30am on a Friday when she was walking to meet someone for a quick coffee date. But she informed followers this would actually be considered her second date for the weekend because she had a booty call the previous night.

‘It was really fun,’ Gabi said after her second date. ‘I really connected, had great conversation. I’m a fan of breakfast dates.’

This date only lasted one hour, though, because Gabi had other men scheduled throughout the rest of her first day doing the challenge.

‘Well I am ready to go on date number three,’ Gabi said. ‘It is with a guy who posts a lot of professional shirtless pictures.’

The man’s pictures potentially should’ve been a red flag for Gabi as she quickly realized it was the ‘worst’ date she experienced.

One issue was the man was that he looked nothing like his pictures online.

Other red flags from the date was the man’s political stance, his disdain for gay people, and the fact that he showed up late. Her date also confessed to having his last relationship at the age of 15 despite being 29 years old, which was concerning to Gabi.

She was clearly exasperated by the third date, but this didn’t stop her from going on more dates for that day.

Back-to-back dates in the evening made it so Gabi went on an astounding nine total meet ups in just one day.

The next day started with another coffee date at 9.00am, but sparks did not fly with the first male of the day because Gabi said he ‘talked about himself too much’. She advised for men not to do this, especially on the first date.

She then saw potential with her 12th date, Allen, whom she went to lunch with on Saturday. But these sparks quickly disappeared after being told the man was moving to Boston, Massachusetts.

‘So I think our romance is going to end after our second date, which is sad because I definitely, out of all the dates so far, I could see potential,’ she said.

Dating continued for the woman as she went to places for drinks, gaming, and even hiking to accomplish her goal for the weekend.

‘You might be wondering how it is possible to go on 30 dates in three days, which is like 10 a day,’ she said. ‘It really depends on location.’ 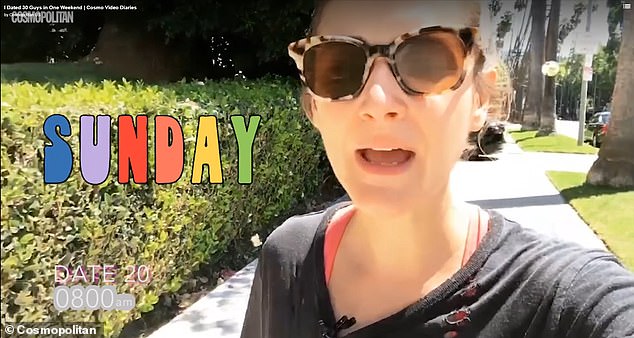 Last day: Then on Sunday, her final day started off with a hiking date. This didn’t go well because her date gave her homework 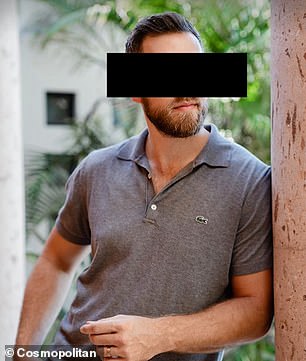 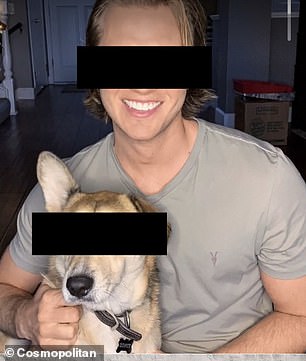 No new prospects: ‘No I did not find love. I am still out there, I am still dating,’ she said at the end of the weekend after meeting with 30 men (pictured are two she went on dates with) 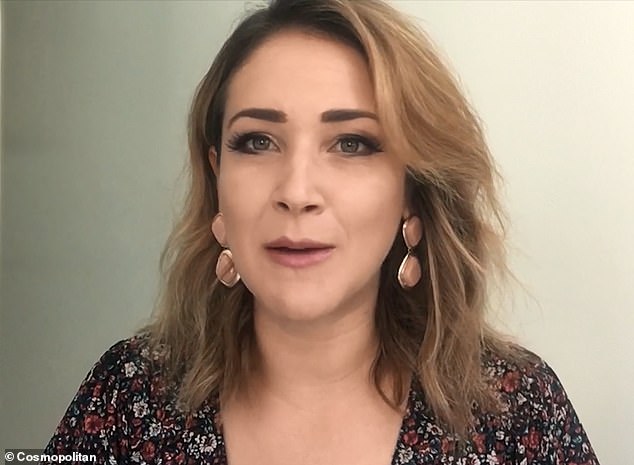 Discovery: Gabi said she learned she wasn’t really interested in starting a relationship with anyone unless they improved ‘the quality of my life’

Gabi went on to explain how she would double up on places near each other when meeting her different prospects. This allowed her to schedule more dates in one day, but also made it weird for her when staff members at a place she frequented noticed she was on a different date.

She went on to complete nine dates on Saturday, setting herself up to finish the rest of her dating for Sunday, which again started early in the morning.

‘Well, that was pretty terrible,’ Gabi said at the end of her first date on Sunday. ‘Don’t give dates homework. That’s absolutely insane.’

The day continued with then Gabi’s final date, number 26, going so well that she pushed all her other scheduled meet ups to the side to stay with the guy. She counted this as four dates in total to make it 30 dates for the weekend.

‘No I did not find love. I am still out there, I am still dating,’ she said. ‘I am still talking to the last guy but he then he kind of did the fade away. It seems like he’s not into it anymore, which is fine.’

Gabi did learn some lessons from her three days packed full with dates even though it potentially was not the results she expected.

‘Maybe what I am looking for now might not be a boyfriend,’ she admitted after not finding ‘the one’. ‘I’m really not interested in getting in a relationship with someone unless it ends up improving the quality of my life. And out of these 30 guys, none of them really matched up to that.’