Home » Lifestyle » How has a woman’s first travel experience changed over time?

How has a woman’s first travel experience changed over time?

When a woman in her 20s, clutching a clean passport, waves goodbye to her parents, she often returns with a fresh perspective on the world and herself. During the past 50 years, this scenario has played out amid changing social settings, degrees of women's liberation, technology advancements and increased security risks. 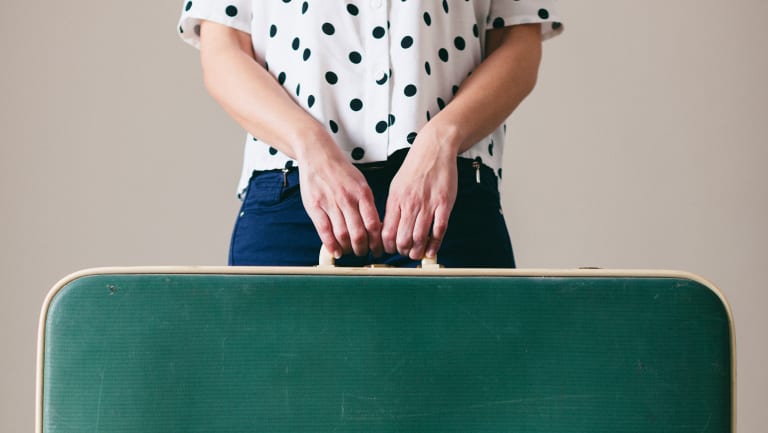 “You could meet
a guy without
thinking about a
relationship. Just
have fun.”

Regardless of the backdrop, travel is a pathway to independence, resilience and self-understanding, says Erica Wilson, associate professor in tourism at Southern Cross University. It also pushes us into our "liminal space" and actions we wouldn't take at home.

"Your 20s are a time of freedom," says Wilson. "Having that time before committing to a career and so-called settling down is really important." So what has changed? Keeping in touch has gone from postcards to texts and social media. The pill gave women more sexual freedom in the '60s; today's traveller can use apps to schedule fuss-free meet-ups. Cheaper flights have opened up the world, yet terrorism and war have closed parts off. But the primary motivation remains the same, Wilson says. "The universal appeal is to travel without all that which comes from home." 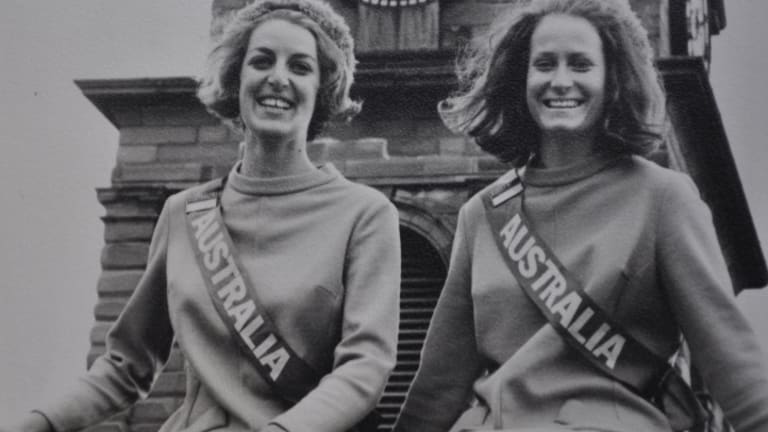 My older brothers travelled and it made me curious to venture "over there". I was taking shorthand classes and met a girl, Susie, who was planning to travel. We didn't finish the course.

Boarding the plane to London, Susie and I were dressed to the nines – stockings, suits, full make-up and heels. I carried a letter from Dad saying he would guarantee sufficient money should I need to get home! I'd write aerogrammes home weekly.

Mum and I numbered our letters so we'd know if one went missing. Friends and family would send letters to post offices in the cities we were travelling to, including Madrid, Rome, Salzburg and Munich.

Susie and I drove around Europe and Scandinavia. There were no crashes but several parking tickets, which remain unpaid. We had maps and a tent and the Europe on 5 Dollars a Day guidebook. Somewhere in Italy we got told to move on because we'd stopped in an area for sex workers. We hit the accelerator very fast!

I was never extra conscious about safety. We didn't carry expensive things and I felt safe at night coming home from parties. Perhaps it was that youthful attitude of "she'll be right!" But it was a growing experience having to confidently make decisions without my parents.

Five of us shared a London flat. The boys would joke about taking a bath and getting knocked out by varioussized bras drying over it. We drank beer with lime and I had a forgettable experience once with duty-free whisky.

I worked as a secretary and then as a "Golden Girl" for the Australian Trade Commission, promoting Australian foods, including kangaroo tail soup, around the UK. I'd work for a few weeks, then blow my wages on travel.

Being the swinging '60s we loved wearing outlandish gear – flares, long boots and miniskirts. The pill was giving women control over their fertility for the first time.

I had quite a few romances. Different accents and cultures added to the mystery and excitement. I followed a love to Kenya, but the magic had gone, so I took a tour in Mombasa. The travel agency asked me to be a guide, so I showed tourists around for a few months before heading home via Bombay.

There's nothing I would change, although today's technology would make keeping in touch and photos much easier. Our cameras took slides! Travel helped cap off my single years. I was ready to commit to my next journey of married life. 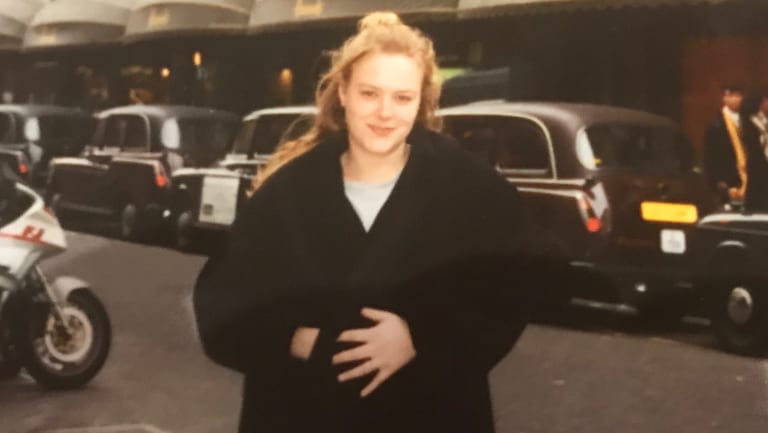 I first went overseas when I was 18 to see my sister in London and came home after a year. But a few years passed by and I felt stuck. I just knew there was more out there. So I bought a one-way ticket back.

We all carried the London A-Z street directory. It was how you got around! Us backpackers loved the free weekly TNT magazine for news from home, jobs and house shares. Living in a new city made me independent – I had to find a job and a place to live. I mostly worked in pubs, including the Blue Anchor from Sliding Doors.

The London party scene was heaving. There was a lot more alcohol and drugs, especially at the big music festivals. I'd push the bar but never went over it. Travellers had a relaxed attitude to partying and also to sex. You could meet a guy without thinking about a relationship. Just have fun, be safe, no judgment.

I'd use a phone card to call Mum every couple of months, or sent postcards to let her know I was alive. I tried emailing at an internet cafe, but it was like another world! I just needed an address and stamp.

When I lived in London, the IRA bombings were often in the news. Mostly I felt safe, but you needed common sense. The only time I ever felt scared was when I got lost in a really rough area of Dublin. It was dark and I had all my rent money on me. It wasn't the time to get out a map or let someone hear my accent.

In hostels you have to put yourself out there and meet other travellers who are all just trying to find their way. Some were trouble, though, like the Irish girl who came to London with me. We got on the Tube and she lit up a cigarette and glared at the other passengers trying to pick a fight. I left our hostel early the next day without saying goodbye.

But you make some amazing connections. I met a South African girl in a bar in Thailand. I told her I was travelling south for a month in the morning and invited her along. I had no idea if she'd turn up to the train station, but she did. We had a ball! She wrote her address in my Lonely Planet guidebook, but I took too long to get in touch and we lost contact. A smartphone would have been great for keeping in touch with travellers, and for photos. Film was so expensive! Travelling made me grow up and see there were other ways of life. I tell my kids they have to travel. Everyone should.

Travelled from 2013-17 in Europe, the Americas and south-east Asia 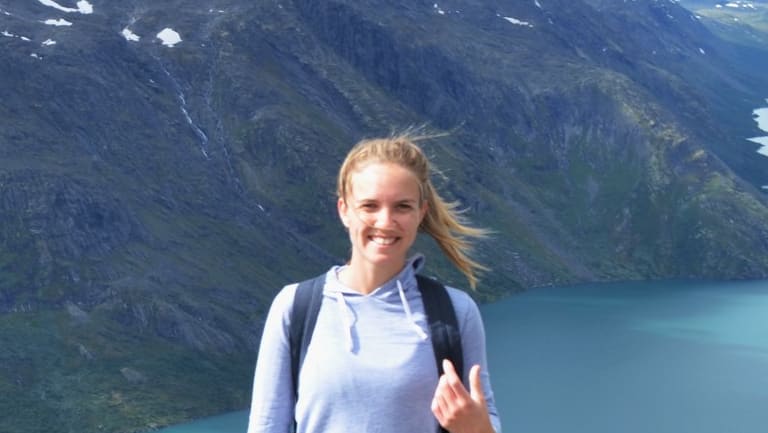 I'm half-Swedish and visited Sweden growing up, but I was desperate to see more. I wasn't set on any career after high school and started planning my first trip. I was so ready, but also terrified. The fear disappeared when the plane took off.

You take more risks travelling because you're young, free and hungry to try everything. I hitchhiked alone in Norway's Lofoten Islands because public transport didn't reach the hike points. You have to use your instincts and weigh up each situation.

Technology takes the worry off my parents, although I had a smartphone stolen at a full moon party in Phuket. I message Mum most days when I'm travelling and we talk every couple of weeks. Instagram is great for getting inspiration for amazing hikes. Travel agent? Never used one!

Social media keeps me in contact with other travellers, too. I don't use dating apps but know travellers who use them to meet locals in different cities. But when I meet someone, I definitely give them a "quick stalk" on social media. Everyone does.

Travel relationships are often short-term because you're on different paths. And sometimes travellers are different people to who they are at home. But travel romances have some fun, spontaneous moments, like sneaking onto a rooftop with a guy to see the lights of Las Vegas.

I worked at a hostel in Lisbon, Portugal. It was madness! And my 21-year-old self was all for it. We got paid in food, accommodation and alcohol. Those of us working there, all in our 20s, were responsible for 60 partying travellers. One night, two girls fell through the skylight from the second floor. It was a learning curve.

Travelling challenges me. If something bad happens, I've got to push myself and figure out how to get over it. I was in Paris the week before the 2015 terrorist attacks. Soon after, I was in Dam Square, in central Amsterdam, and it was packed. I was suddenly scared that something might happen.

I know terrorism not likely, but I do think about it. But if I had the attitude that the world is out there to harm me, I'd never leave home. Sometimes travelling is lonely.

I stayed at a hostel in the French Alps where I didn't meet a single person and hiked for hours alone. But when things go right and you meet awesome people, it gives you faith in humanity. Travelling has influenced the lifestyle I want. I don't feel societal pressure to do anything apart from what makes me happy.