An employee at AGL’s Liddell power station has been seriously injured following an equipment breakdown that also triggered a warning of electricity shortages.

Unit 3 of the ailing coal-fired plant failed on Thursday afternoon, leaving output from the Hunter Valley power station at just a quarter of its 1680-megawatt capacity. 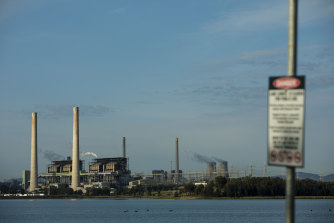 The Australian Energy Market Operator (AEMO) issued a so-called Lack of Reserve level 2 (LOR2) alert soon after the incident, calling for other plants to make up the shortfall.

The Herald understands the Tomago aluminium smelter, which accounts for about one-tenth of NSW power consumption, reduced its demand.

The company was paid for the reduction through AEMO’s Reliability and Emergency Reserve Trader (RERT). The Herald has sought comment from AEMO and Tomago.

AGL told the stockmarket on Friday that the incident involved a transformer at Unit 3.

“A worker at Liddell was seriously injured as a result of the incident and is receiving medical attention,” the statement said, adding that it was conducting an investigation.

“On a precautionary basis, AGL has informed [AEMO] that the length of the outage may be up to two and a half months, subject to the completion of this assessment,” it said. “AGL notes that this estimate is highly preliminary.“

AEMO has issued a LOR1 market notice on Friday morning, saying there was a forecast gap of about 517MW of capacity that it was looking for participants to supply.

Dylan McConnell, an energy expert at Melbourne University, said the Liddell outage came at the end of “an incredibly strange week in NSW electricity land”, with the LOR2 being issued despite relatively low power demand and mild temperatures.

While the Liddell may have been the trigger for Thursday’s supply disruption, Dr McConnell said much of the state’s coal-fired power was already offline.

“The capacity factor of the NSW fleet over the period is barely above 50 per cent,” he said. “Liddell was the straw that broke the camel’s back.”

AGL’s share price dropped at the opening of trading but had bounced back to be up about 0.6 per cent for the day at 13.16 by the late morning.

Last month, AEMO said the National Electricity Market was well-placed going into summer, with 3400MW of new large-scale wind and solar capacity added in the past year. Rooftop solar had added another 2000MW.

AEMO had also received expressions of interest for 1900MW of additional reserves through its RERT scheme “as a precautionary measure”, the organisation said.

AGL plans to close Liddell by April 2023, shortly after the NSW state elections.