They said YES! From walking hand-in-hand under a double rainbow to steamy clinch on the beach, are these the world’s most spectacular engagement photos?

A proposal is the first step towards the aisle and – hopefully – a lifetime together.

And in an age where Instagram rules, the more spectacular the engagement photo, the better.

A new global competition shows that for some couples, there really is no limits to finding an out-of-this-world setting that matches how their happy hearts feel. 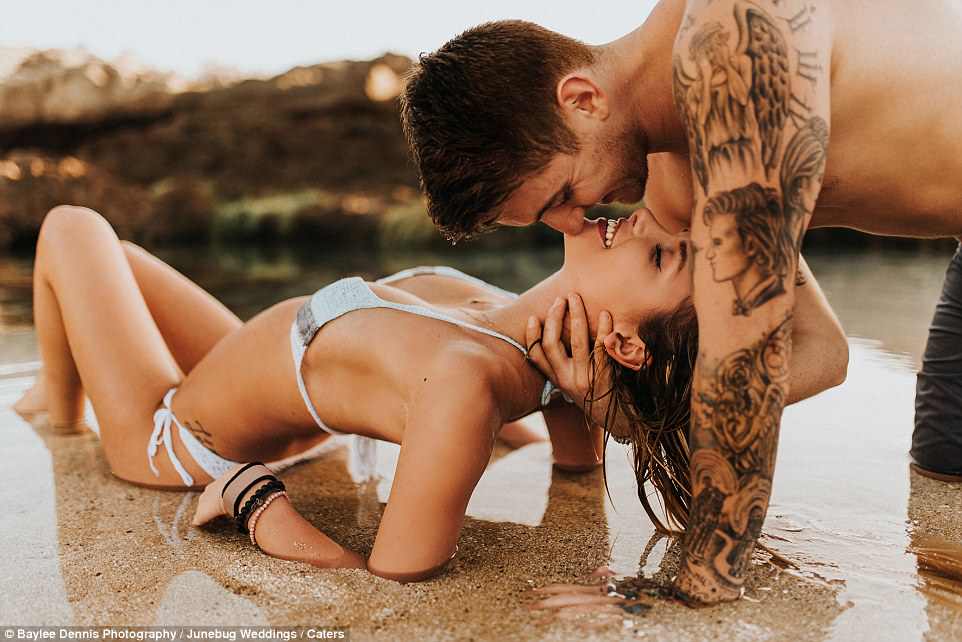 Love is… a kiss on the beach! This sultry shot of a couple enjoying a tender moment at the shore’s edge was named one of the best engagement photographs in a recent global competition by Junebug Weddings 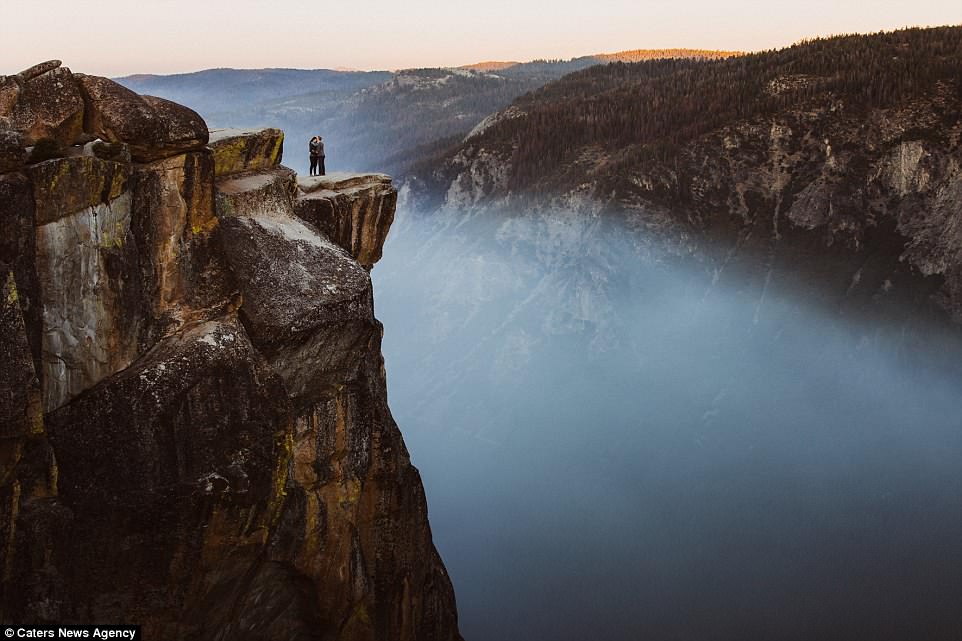 Scenic drama to match the emotional theatre: This couple perch high on the edge of a canyon after a successful proposal 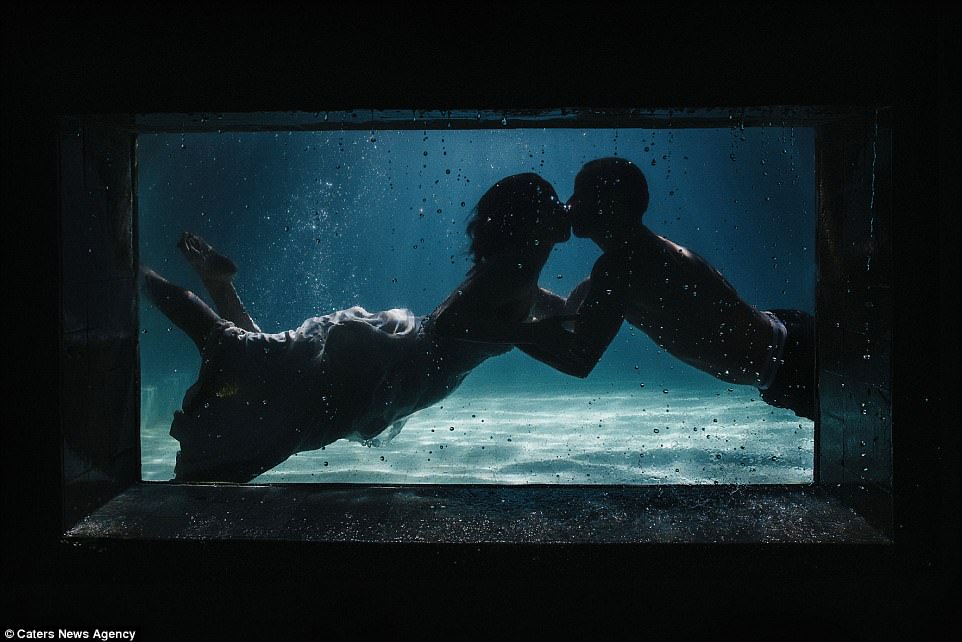 Holding their breath for love: A couple take to the water to share a kiss beneath the surface 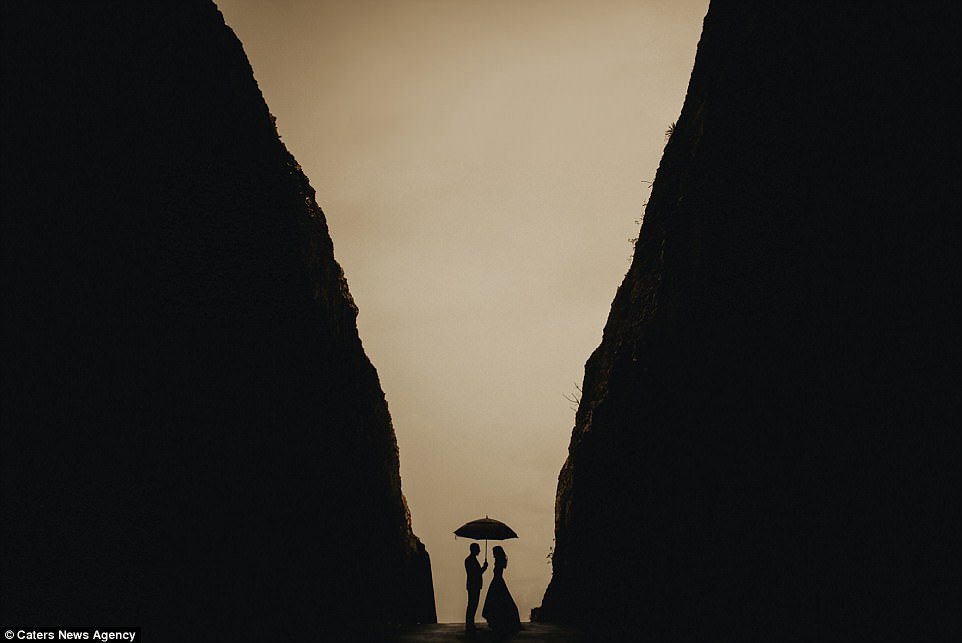 Share my brolly…forever: This elegant-looking couple make the most of the sunset light in this striking shot 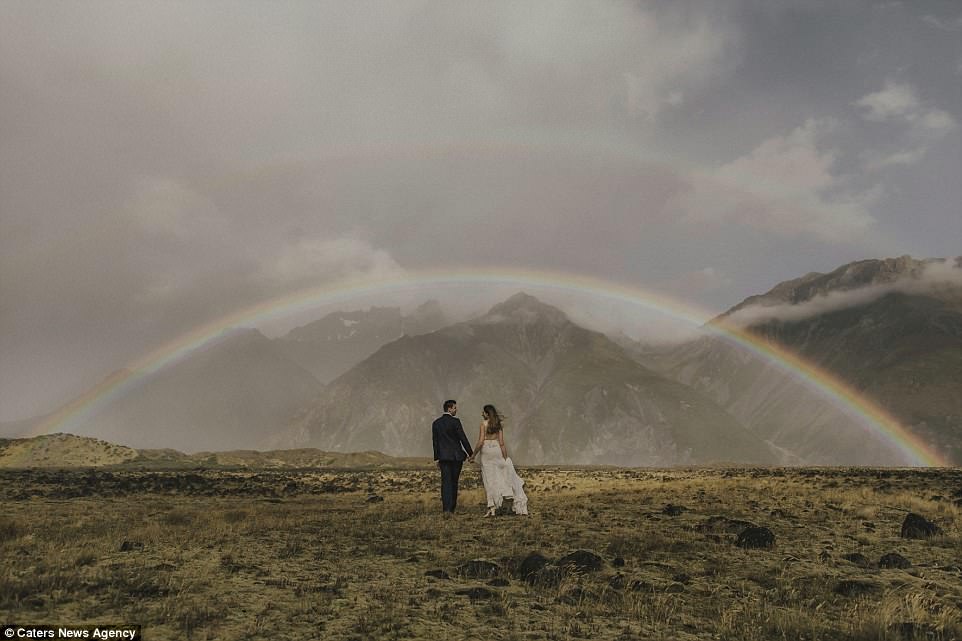 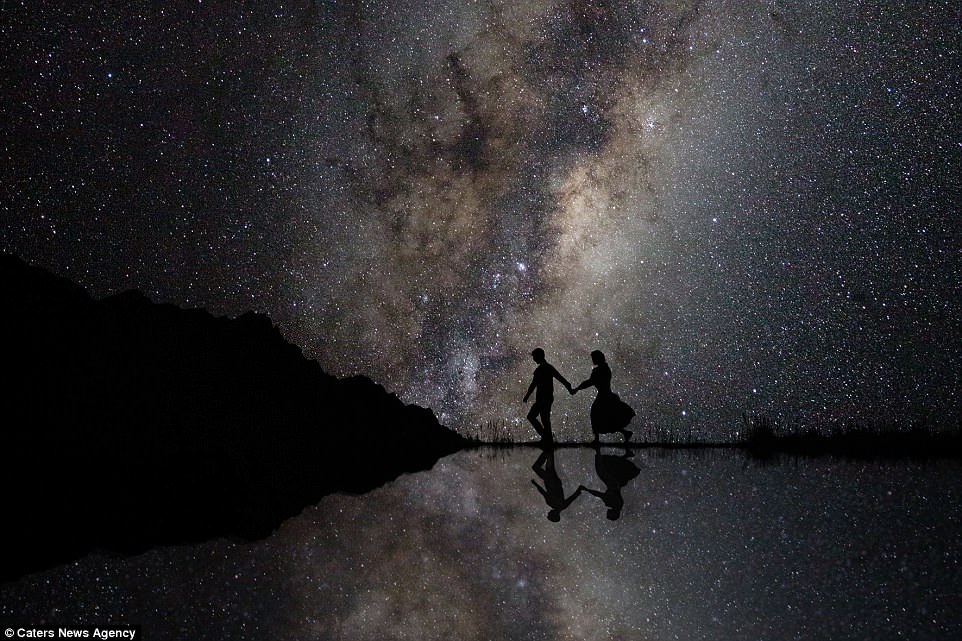 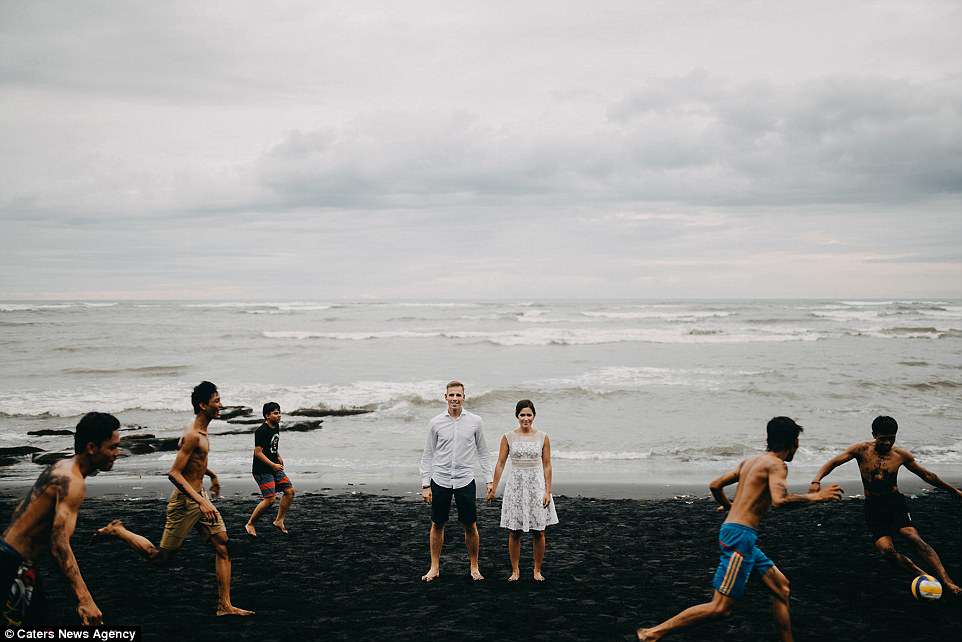 Caught in the middle: A couple stand staring at the camera as a beach football game goes on around them 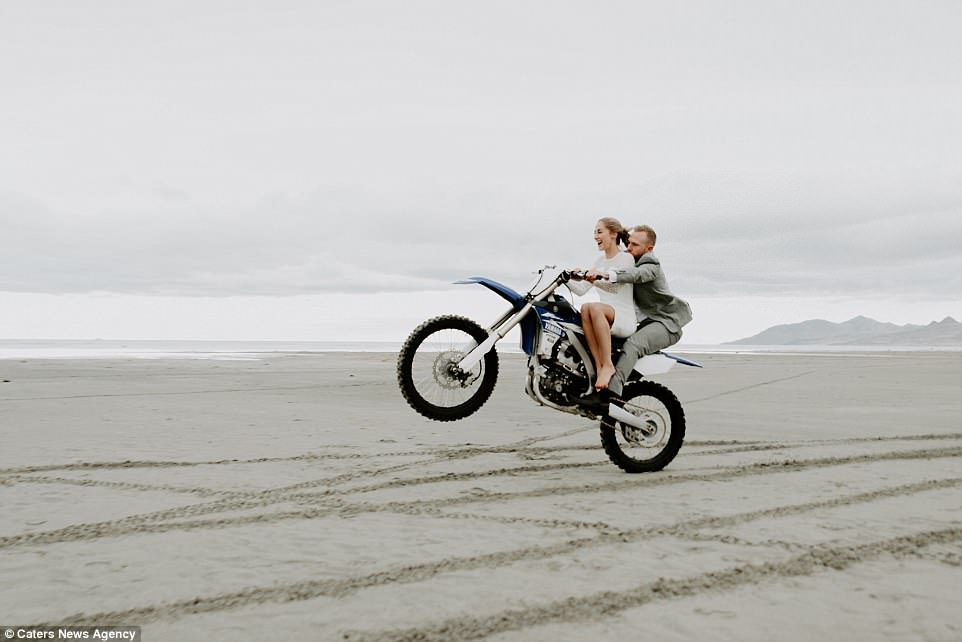 Love on two wheels: This besuited dirt bike rider takes his bride-to-be for a spin 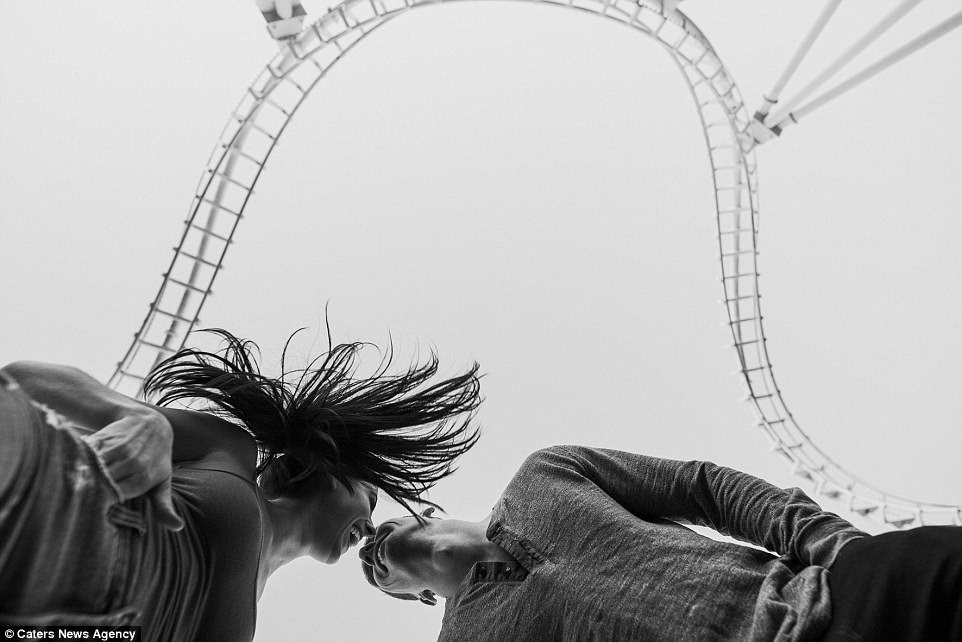 Thrills and spills: A black-and-white shot captures a couple kissing under a snaking rollercoaster 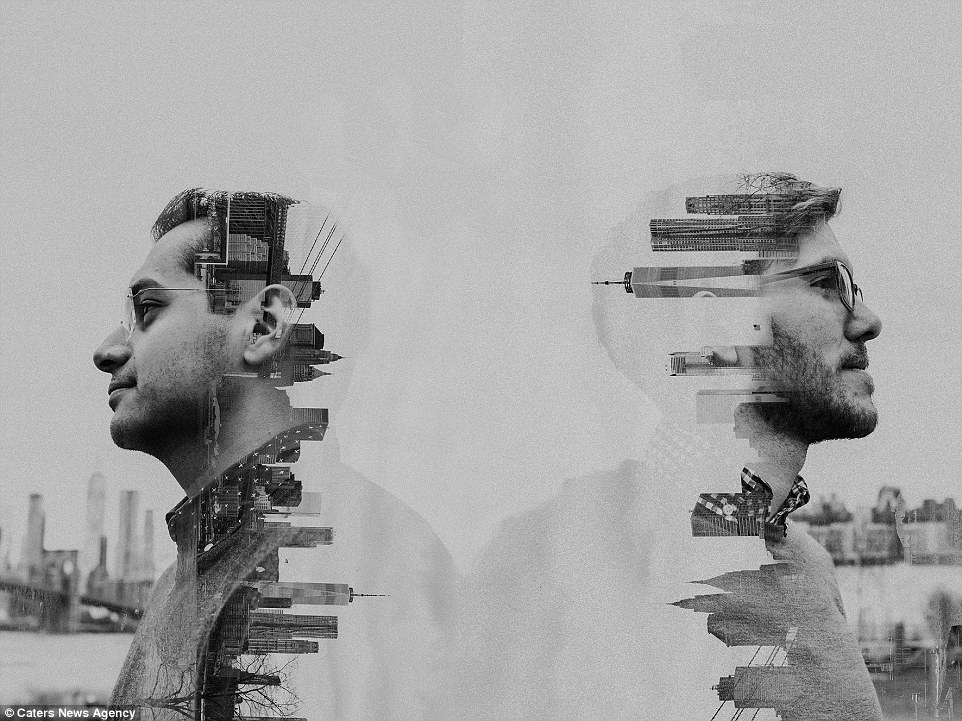 From nearly 6,000 entries, the chosen images in Junebug Weddings’ annual competition included couples strolling under double rainbows, beneath galaxies of stars, kissing underwater, and even riding a dirt bike.

In order to select the 50 best images, judges first anonymise the entries, before assigning points to each image.

A strong engagement photo, Carrie Schwab, editor-in-chief of Junebug Weddings, said, should showcase ‘passion, joy, and just the overall excitement of being engaged to your partner.’

Each year the popular website host other such contests, including the Best of the Best Destination Contest and Best Wedding Photos. 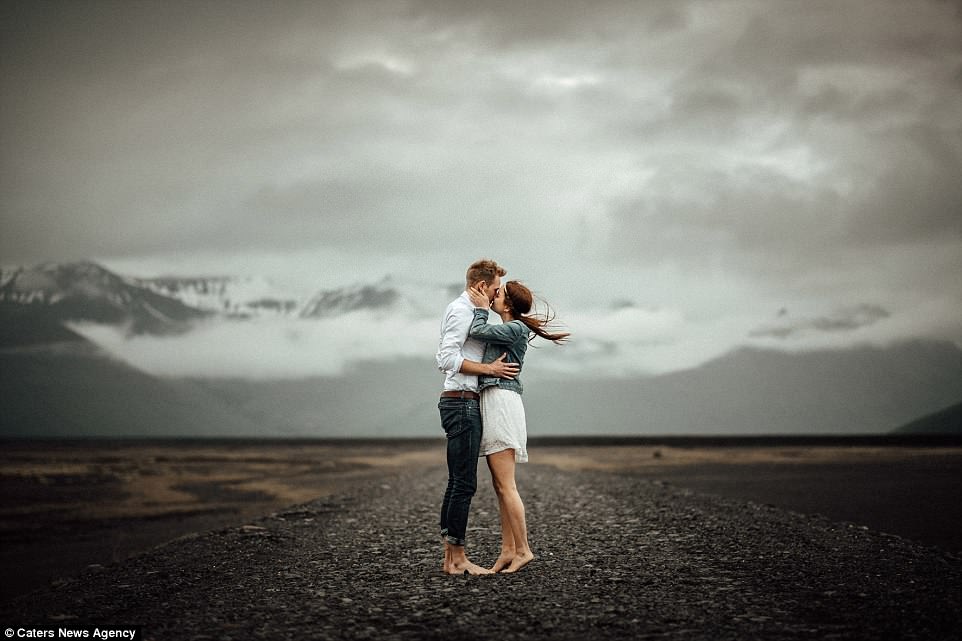 Barefoot, with no-one else around: This couple went for a deserted road for the engagement photos and judges were impressed 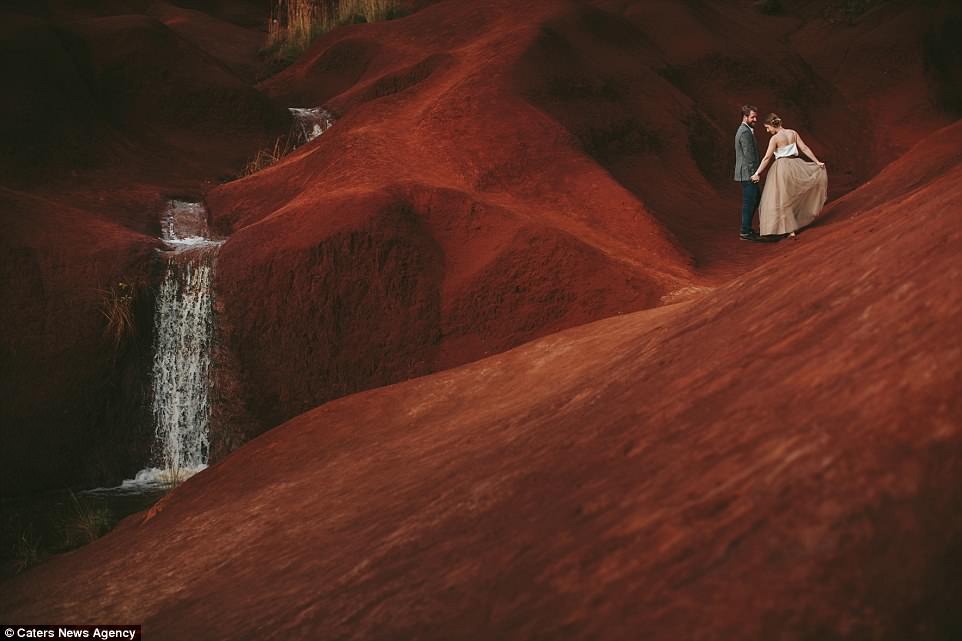 Red rock love: This couple wander among a dramatic rust-coloured landscape to mark their union 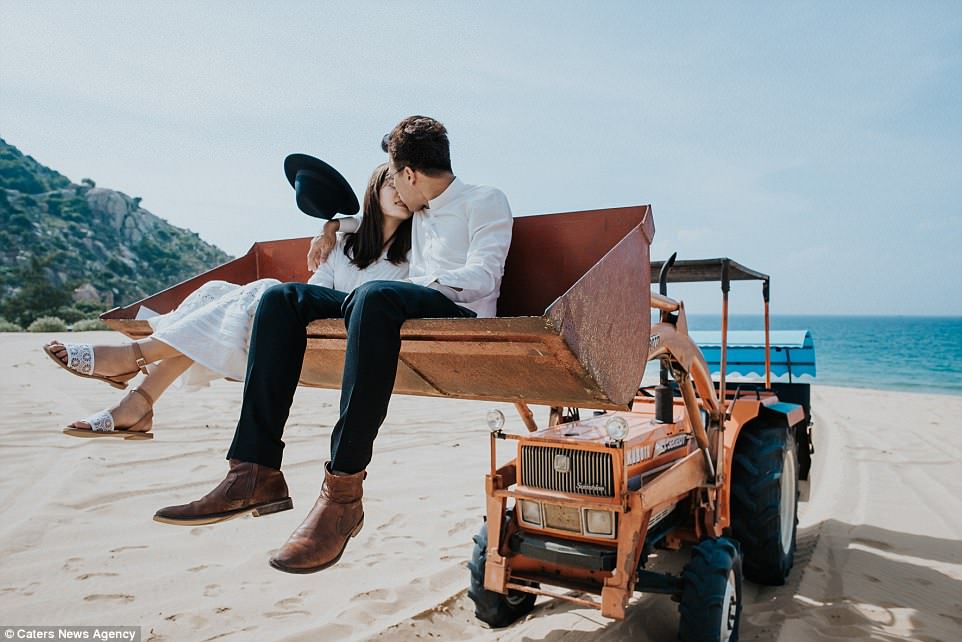 No-one’s dumping anyone: A stylishly-dressed couple make out in the digger of a tractor on an empty beach 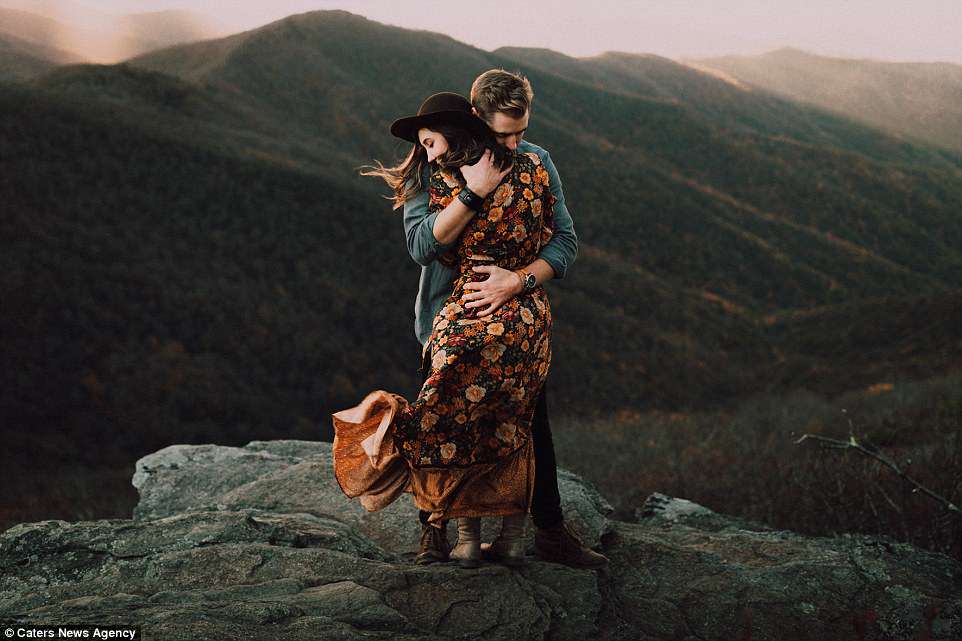 Country embrace: A couple share a tightly held hug as they pose for photos on top of a tree-lined mountain range 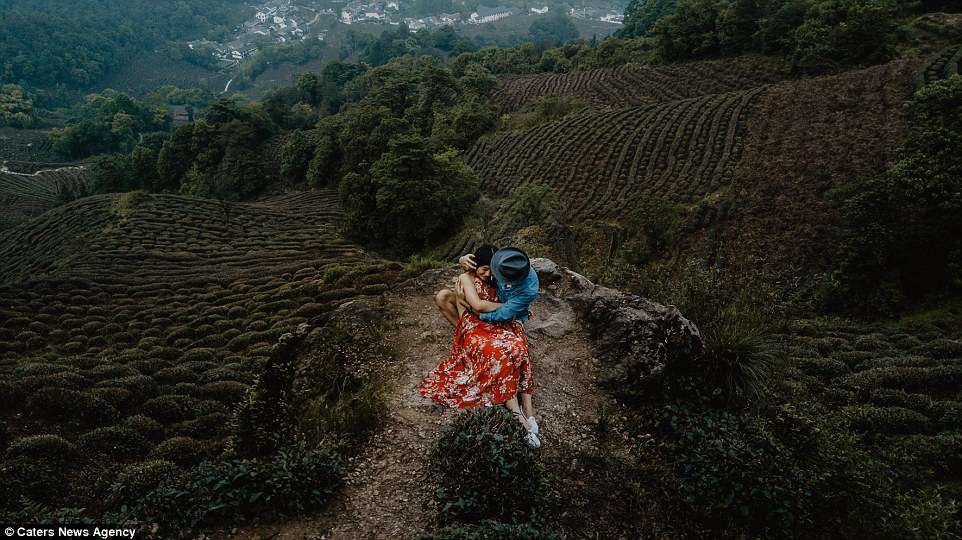 Tea for two! A couple head for a tea plantation and appear lost in each other amidst the verdant surrounds 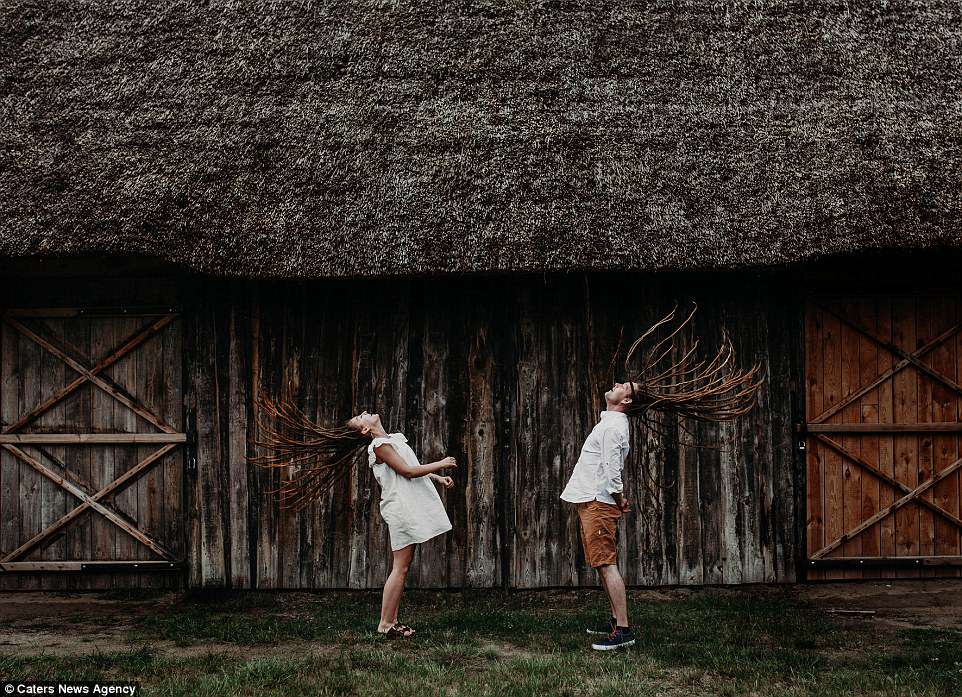 Made for each other: This couple swing their matching dreadlocks in their engagement snap 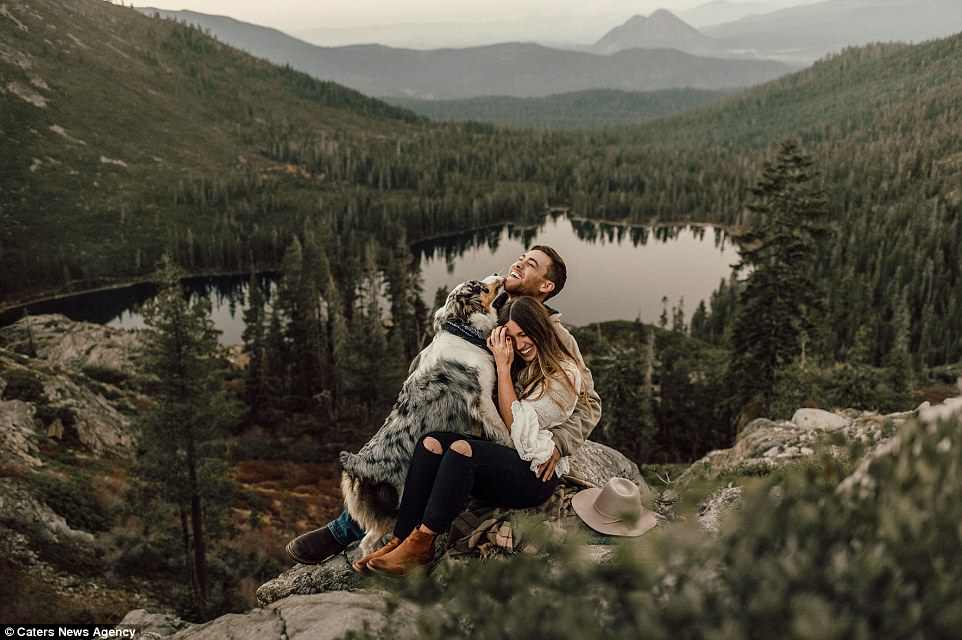 Puppy love: A couple get licked by their pet pooch in this beautiful rural scene 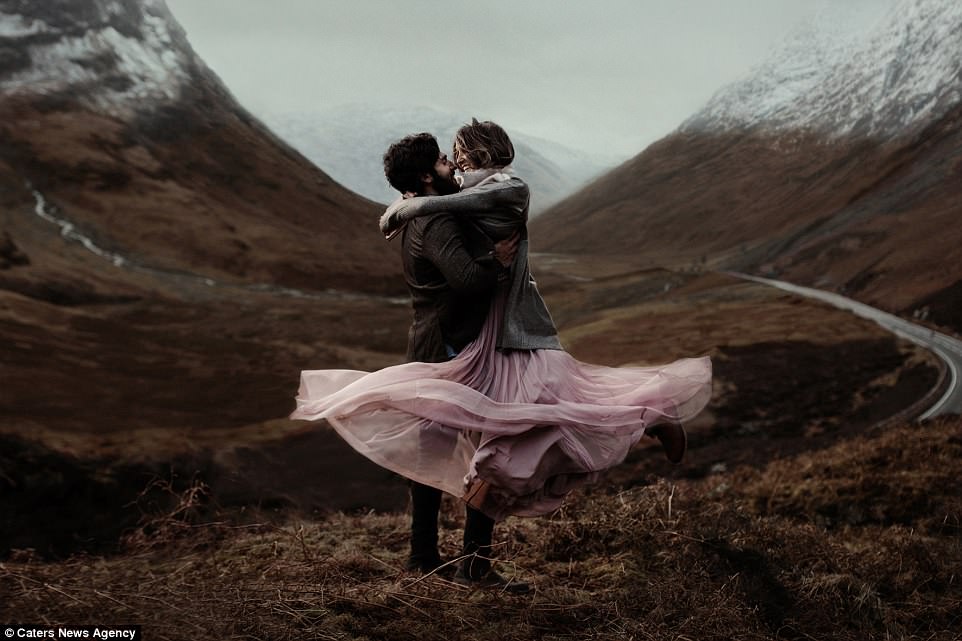 A winter whirl in the great outdoors: This couple chose a snow-dusted mountainscape for their treasured snaps

Carrie said: ‘Aside from the technical aspects of creating a good photo, the photos that I always connect to best in this contest are the images that showcase passion, joy, and just the overall excitement of being engaged to your partner.

‘Our judging process involves first anonymizing all of the entries.

‘Then, our guest judges along with the Junebug Weddings team assign points to the images.