Planning a wedding is notoriously stressful. There are so many factors to look in to, from the venue, to the guests, to the food. But here’s one thing most people probably haven’t considered: a cheese wedding cake. Yep, that’s a real thing and one of the least exclusive clubs in the country has them available right now.

As reported by Best Products, Costco is selling a cheese wedding cake that is officially called the "Sid Wainer & Son Cheese Lover Artisan Wedding Cake." It includes five different cheeses that are meant to be stacked on top of each other to form the "cake". Which leads to something that is very important to note here: The cake does not come assembled. It’s just five big wheels of cheese in a box. But, hey, if the idea of stacking five big wheels of cheese to form a wedding cake sounds good and these particular cheeses appeal to you, then maybe this really is the cake for you.

So, let’s get to those cheeses! The Cheese Lover Artisan Wedding Cake includes:

8 lb. Red Leicester — Made of cow’s milk, it has "a sweet, medium-strong flavor and crumbly texture."

7 lb. Danish Blue — Again, made with cow’s milk, this one "is subtle and tangy with only mild bleu cheese flavor but striking green and blue veins throughout and a crumbly texture."

5 lb. Murcia al Vino — This is described as "drunken goat cheese." It’s "an intensely flavorful cheese that is then dried and immersed in local Murcia wine."

3 lb. Tuscan Sheep’s Cheese — A sheep’s milk cheese cured with salt, this second smallest cheese has "a clay-like aroma, smooth, even rind with a semi-firm texture, and slightly sharp, but nutty taste that improves with age."

17 oz. Brillat Savarin Triple Cream Brie — Last up is a Brie with "a soft, velvety texture and creamy flavor." The description also says, "this heavenly cheese is sure to please the most discerning palates." How fancy! 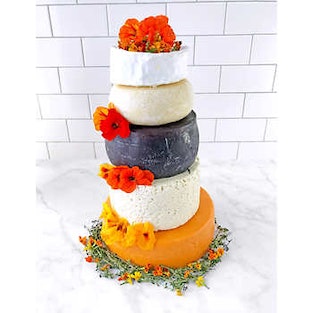 The cheese wedding cake goes for $439.99 and is said to serve 105-150 people. As pointed out by Best Products, the average price for a wedding cake it around $500 (The Knot also reports a similar number), so the cheese cake is around that price point, too. Of course, people who want a cheese cake probably also want a regular cake, so getting one might be tacking another big chunk of change on to the budget. Another way to do this would be to see how much cheese you can buy separately and stack on top of each other, potentially for a lower price.

There are also other cheese wedding cakes (or, really, cheese whatever you want them for cakes) out there. Murray’s Cheese has a variety of "Cheese Towers" ranging in price from $50 to $165. While very pretty, they are far smaller than the cake being sold at Costco. For instance, the one that costs $165 is 5 lbs. total, as compared to Costco’s 24 lbs. 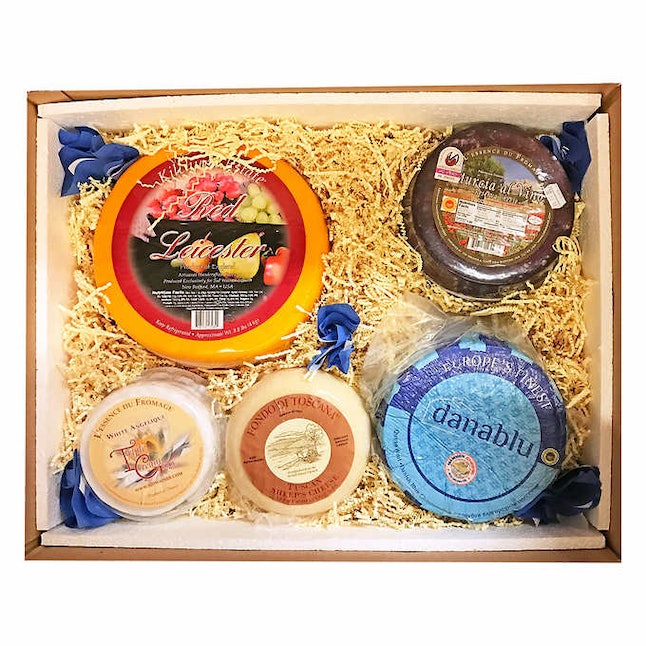 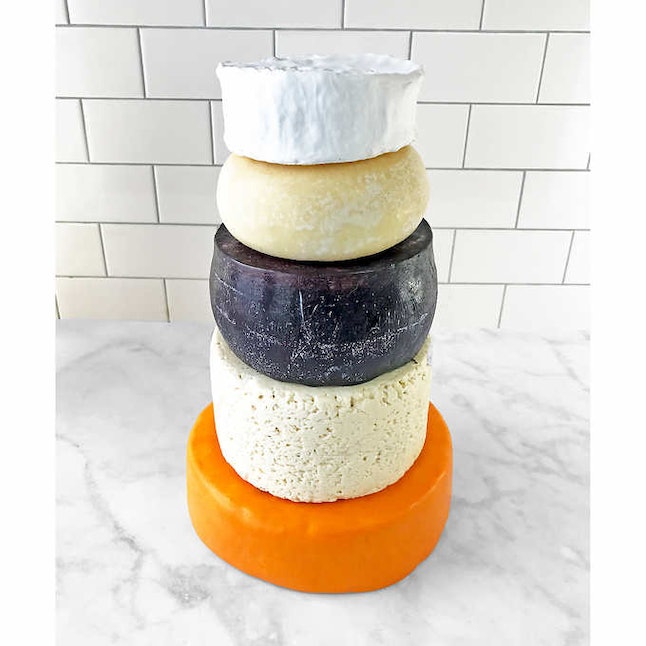 Cheese cakes are also a thing across the pond. Before the Duke and Duchess of Sussex got married, they were given a cake of cheese when they visited Wales. Meghan Markle reportedly said in response, "Oh my goodness. How sweet is that?"

Think cheese cakes are sweet yourself? Then maybe it’s worth getting one for your own event. If you get the Costco one, just don’t be surprised when it doesn’t arrive fully assembled and decorated.

Can’t get to the salon? Here’s how to get Paris Hilton’s hairdresser to cut your hair at home

Video: Jimmy John’s workers in Georgia made noose out of dough