ABBIE MCMANUS revealed her Manchester United-mad dad is finally wearing her name on the back of his shirt with pride, after she switched from rivals City last year.

The 27-year-old England international is a Red Devils supporter but spent 12 YEARS in the blue half of Manchester. 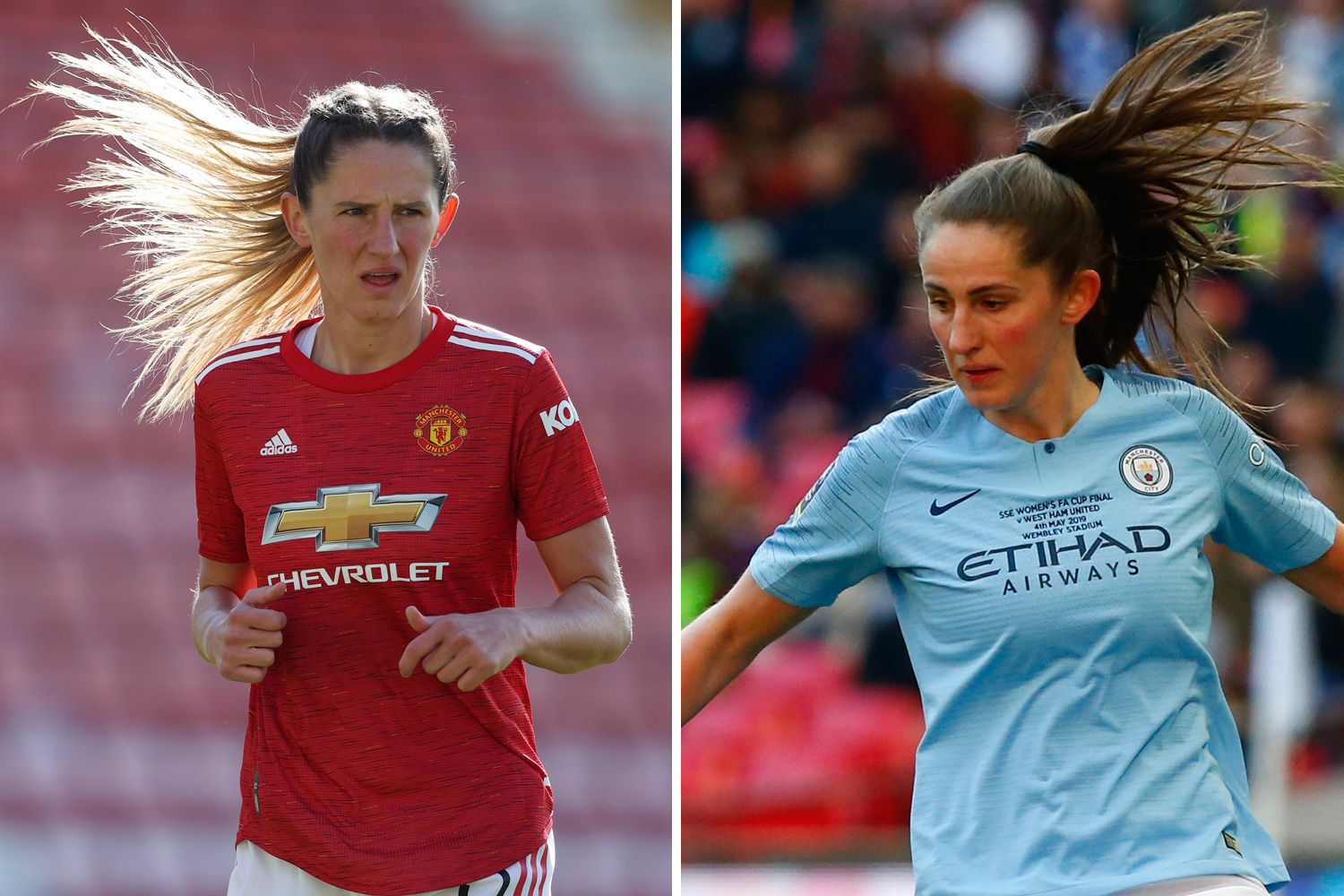 The Lionesses star made the cross-city move from the Etihad Campus to the Leigh Sports Village in a bid to cement her role as centre-half ahead of the 2019/20 season.

Former City boss Nick Cushing had preferred to play her as a right-back, but McManus didn't always have the option to join United.

And she admitted it was 'about time' her childhood club formed a women’s team in 2018 after a 13-year hiatus.

Ahead of the Red Devils’ trip to West Ham, she told SunSport: “Obviously, coming from the blue side, my move definitely cheered my dad up.

“He can finally wear a McManus shirt, with the right colour red, on his back and be proud of it.

“I think it is about time that big clubs like Manchester United put a lot into the women's game. They definitely knew that they had to do that sooner or later.

“I know they were getting a little bit of stick in the press. But they've now stuck to the word and we're going in the right direction.

“For me there's no looking back now, we're going we're going one way and that's always forward and to be a part of that, as a player, it's special,

“Especially wearing the Manchester United badge, it’s close to home. I've always been a fan as a little girl."

United have enjoyed a meteoric rise and remain unbeaten in the league so far this term, only their second season in the top-flight.

McManus added: “I hope that a lot of other clubs follow in the right direction, and hopefully little girls are all looking up to us now and want to be a part of it.

“It’s going to bring up better talent. The girls are going to get better and better.

“More people will watch if it's better football to watch, and it really excites me as a player.”

England superstar Alex Greenwood was branded a "snake" by some fans for switching allegiances from United to City in September.