Cirjan, who signed his first professional contract last year, has been promoted to first-team training on a permanent basis by the under-pressure Gunners gaffer. 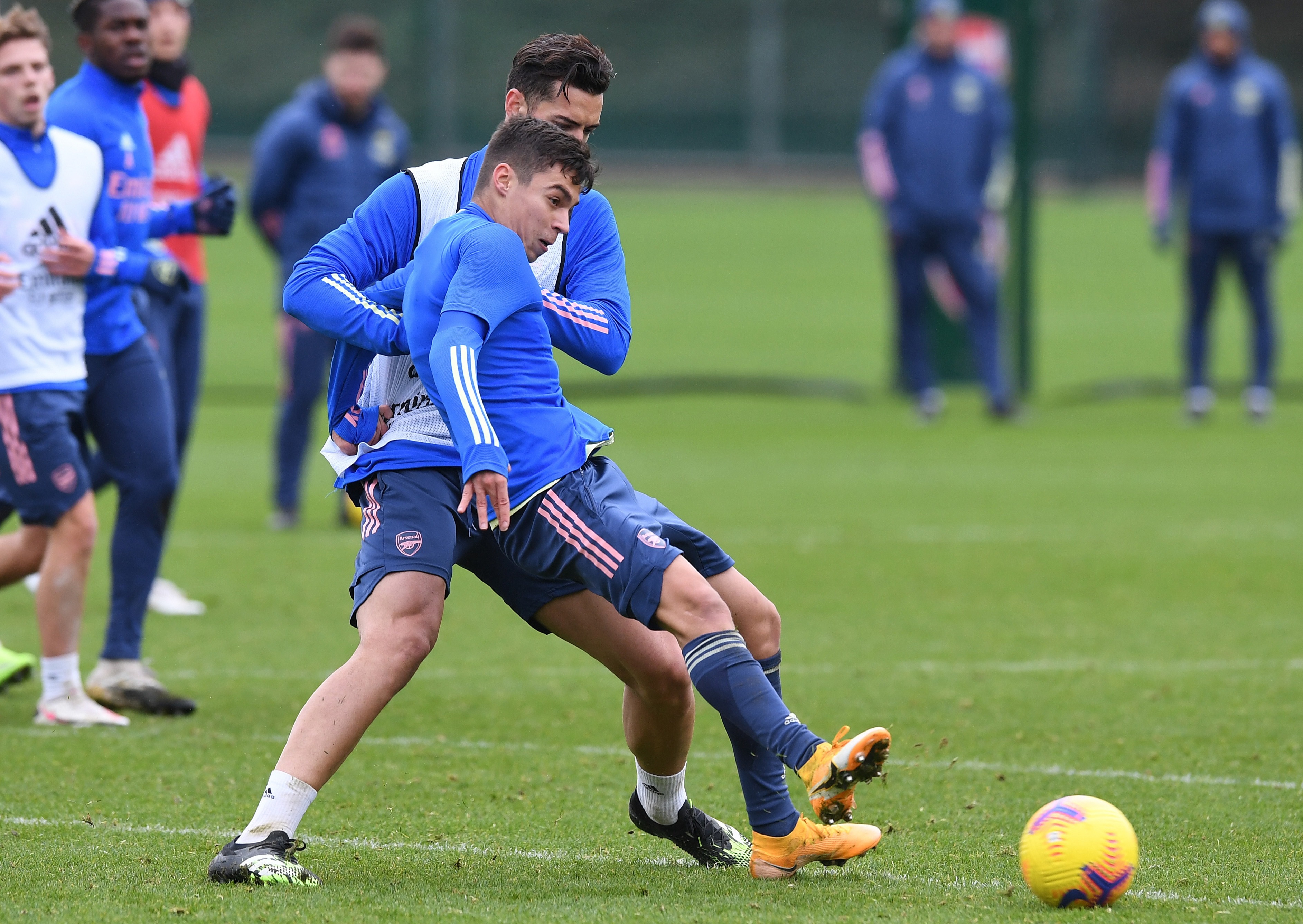 The 18-year-old has been posting snaps on his social media accounts of practice sessions in recent weeks.

He was joined in training by fellow teenagers Miguel Azeez, Nikolaj Moller, Folarin Balogun and Ben Cottrell on Monday ahead of the Carabao Cup quarter-final clash against Manchester City.

Cirjan's representative, Catalin Sarmasan, told Metro: "From today, he will train daily only for seniors, he is confidently waiting for his debut in the Premier League."

"He's got a fantastic progress ahead of him. He'll work hard and achieve his dreams!

Cirjan, a creative central midfielder by trade, joined Arsenal from Romanian side Viitorul Domnesti in the summer of 2019.

He was awarded a pro contract last December when he turned 17 after catching the eye at youth level.

Speaking at the time, Cirjan said: "I am so proud to be part of this wonderful family, it’s the place where I have always wanted to be!"

Cirjan could bring a flash of creativity sorely missing from Arteta's team. He has three goal contributions in six appearances for Arsenal at Premier League 2 level this season, while he also found the net in the EFL Trophy.

Arsenal are embroiled in a battle at the wrong end of the table after suffering eight defeats from 14 Premier League games – the latest a 2-1 loss at Everton.

A failure to find the back of the net has contributed to the their downfall, with only three teams managing less than the Gunners' total of 12 goals.

Arsenal return to Premier League action on Boxing Day with a London derby against Chelsea before back-to-back clashes against fellow strugglers Brighton and West Brom.