The Swiss forward struck twice in the second half before Vivianne Miedema replied for Arsenal. But Gunners’ hopes were shortlived after England ace Fran Kirby fired in Chelsea’s third in the 76th minute. 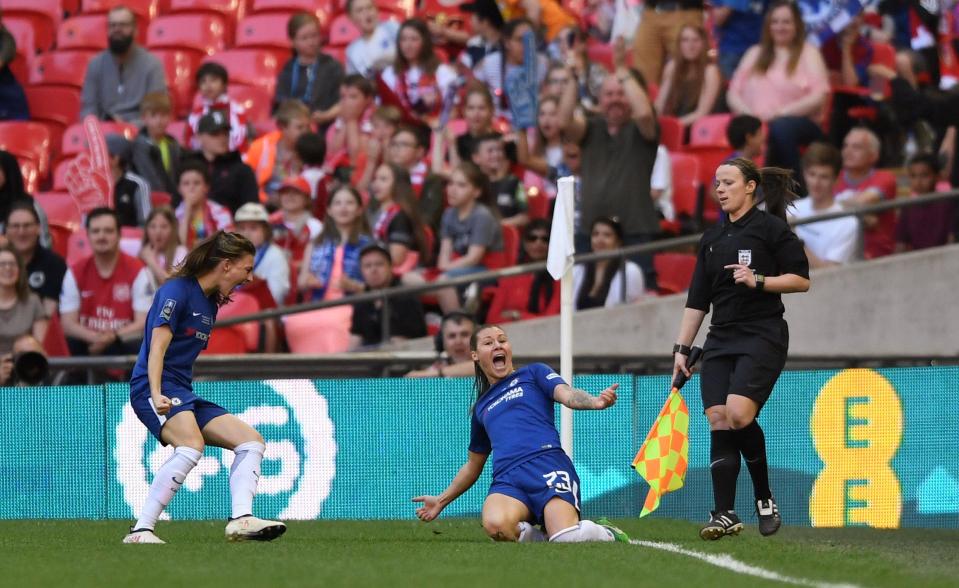 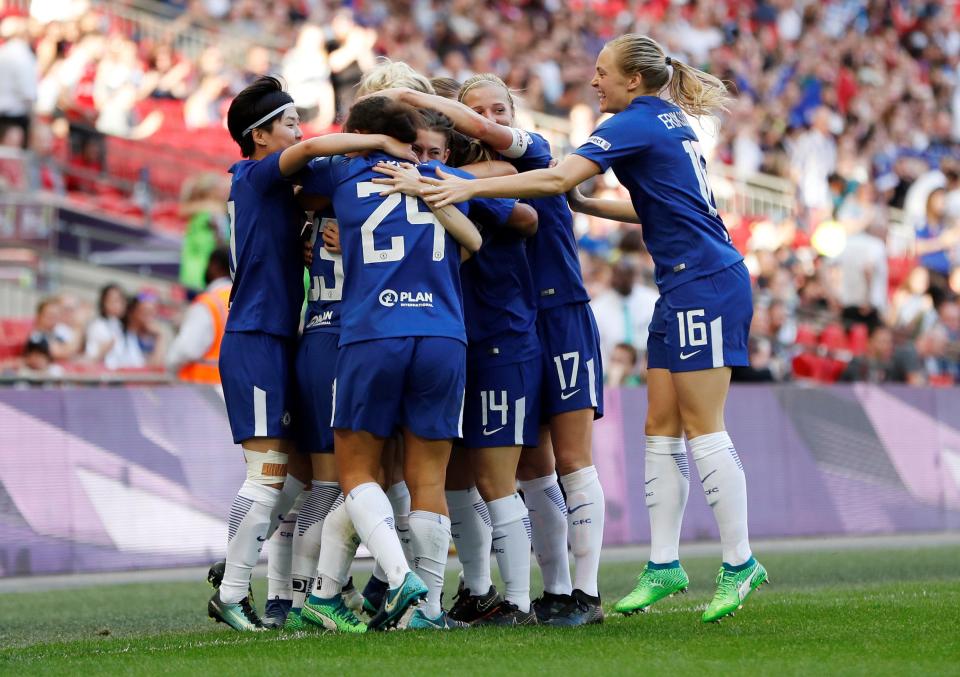 It was the fourth women’s FA Cup final to be played at the national stadium, but probably the first time a manager heavily pregnant with twins had occupied one of the Wembley dugouts.

Blues boss Emma Hayes, 8 months into her term, let assistant Paul Green lead the team out on the hallowed turf. But she remained in constant contact from the bench with her side chasing the double, trailing league leaders Manchester City only on goal difference with four Women’s Super League games left.

Arsenal had already picked up their first trophy this season with their 1-0 League Cup final victory over City in March.

A competition record crowd of 45,423 turned up in the Wembley sunshine, smashing last year’s record of 35,271. 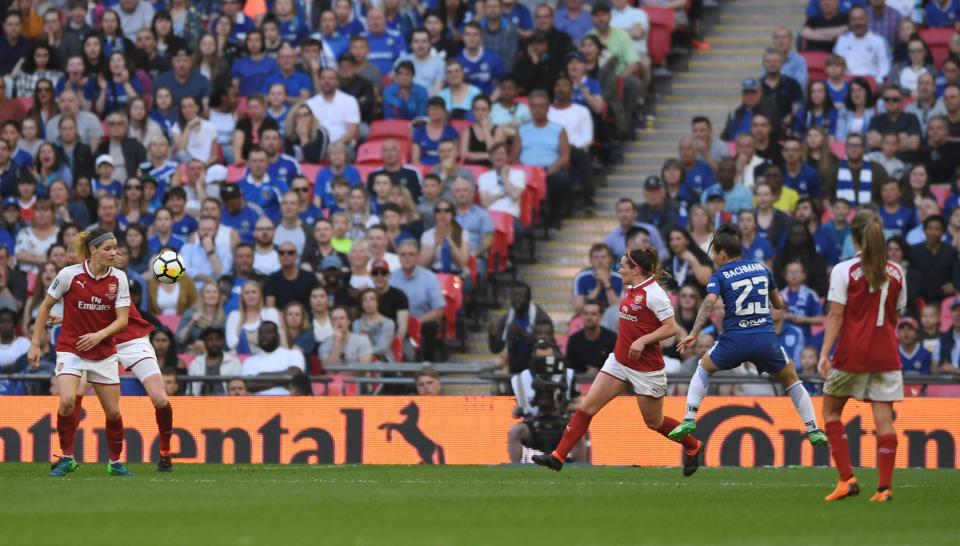 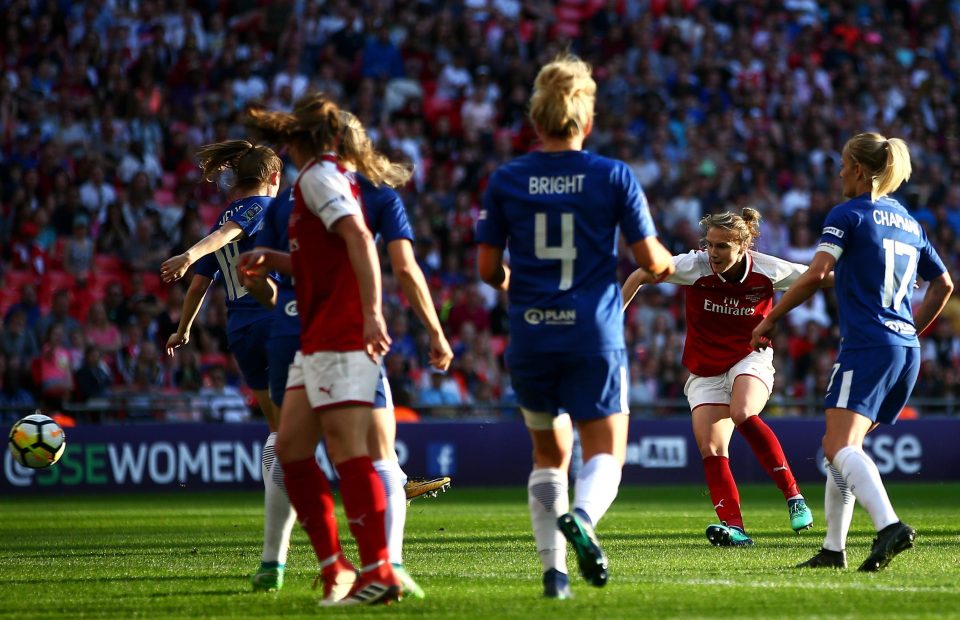 Kirby, twice voted player of the year recently by players and football writers, was a menace to the Arsenal defence from the get-go.

Bachmann had an early sight of goal after a nutmeg in the Arsenal box but swept her shot wide of Sari Van Veenendaal’s far post.

Arsenal had their chances, defender Louise Quinn heading over on 15 minutes and Miedema seeing a shot blocked by Blues captain Katie Chapman, chasing her 10th FA Cup winners’ medal, in the 21st minute.

Kirby wriggled through the Arsenal defence in the 26th minute as Chelsea began to dominate possession but her shot was straight at Van Veenendaal. 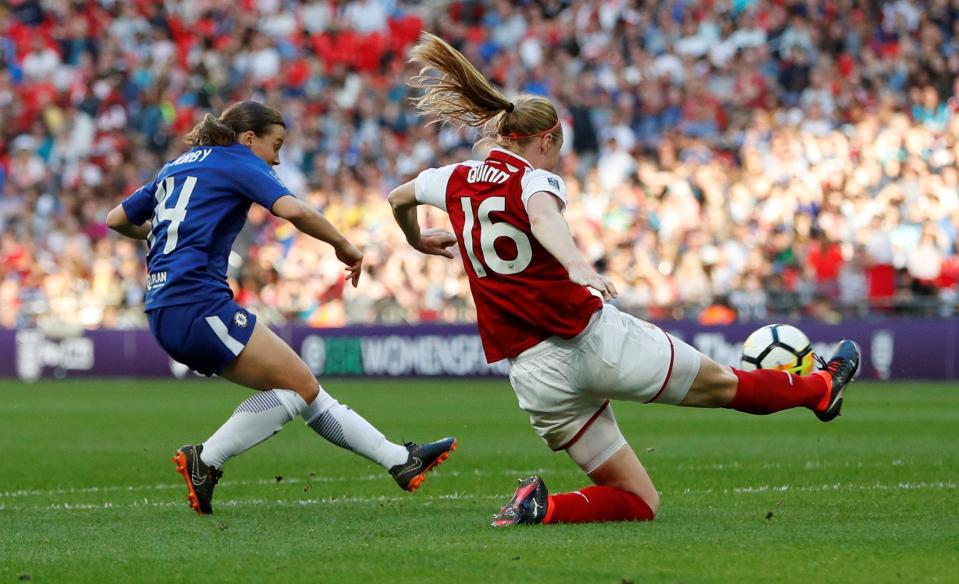 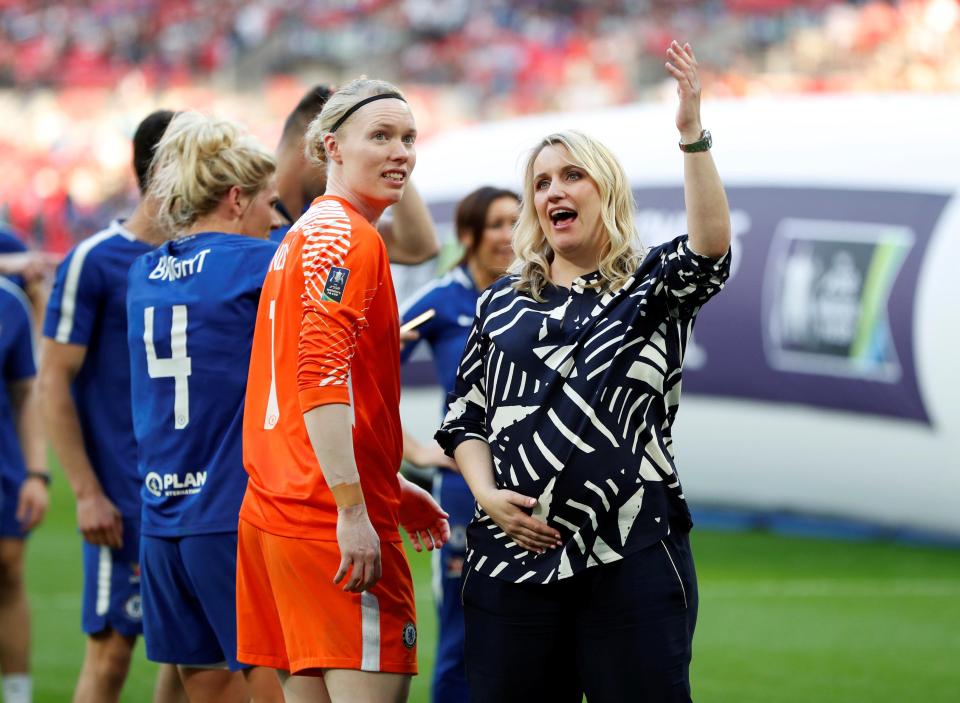 Ji So-Yun had a chance to put Blues in front in the 44th minute but her shot from inside the box flew inches high and wide.

The opener came two minutes after the break, Kirby sliding Bachmann in for the Swiss forward to rifle into the top of the net.

There was skill and a bit of luck in Chelsea’s second, as Bachmann cut inside from the right to let rip.

Her shot deflected harshly off defender Emma Mitchell to loop into the top corner leaving Van Veenendaal with no chance. 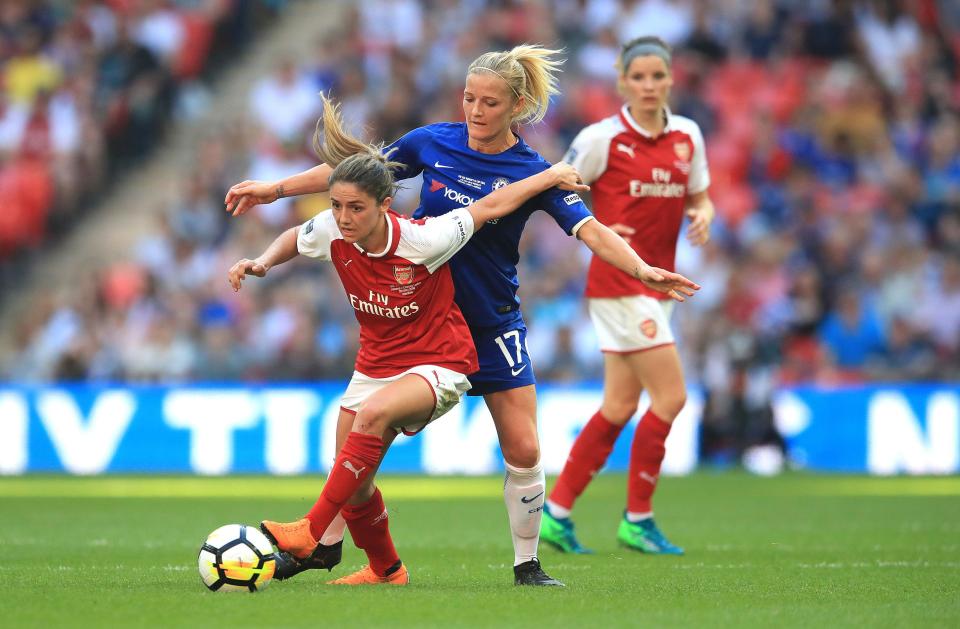 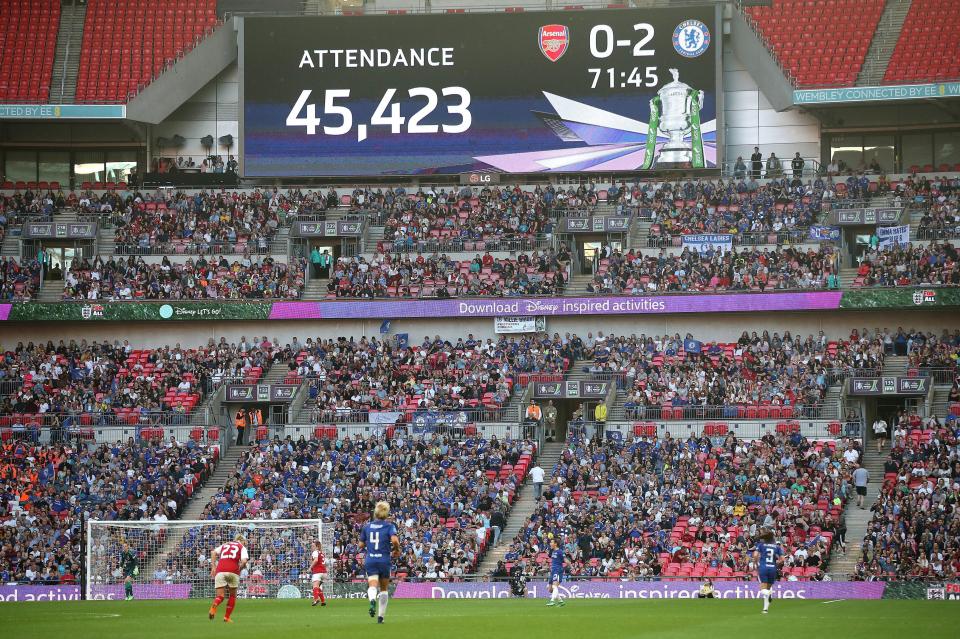 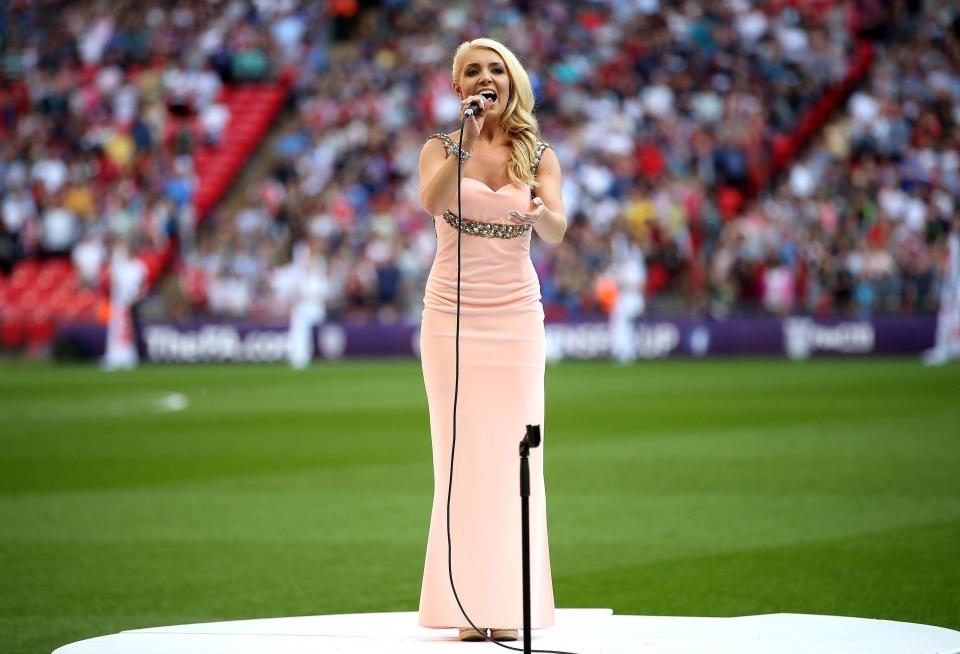 The Gunners hit back in the 74th minute when Miedema swept home after Beth Mead did brilliantly to pick her out after dribbling to the byline from the left.

But Kirby wrestled back Blues’ cushion in the 76th minute when she raced into the box and struck a swerving shot into the far corner.

With five minutes left Arsenal brought on striker Danielle Carter, who struck the winner to claim the Cup against the Blues two years ago.

But the Gunners were unable to pull it back and Chelsea claimed their second FA Cup to keep the double hopes alive.