Australian cricket and its schedule is cannibalising our national team

The First Test against India is not until December 6 in Adelaide, quite a late start for the Test season but we are already into the fourth international match of 2018-19 summer having had three one-day internationals and now a one off T20 international.

Traditionally (a loose term in the new age) the Test series would start the international summer in November, sometimes the last week – more recently the first week. The opening contest is often in Brisbane but even that is a modern misconception. 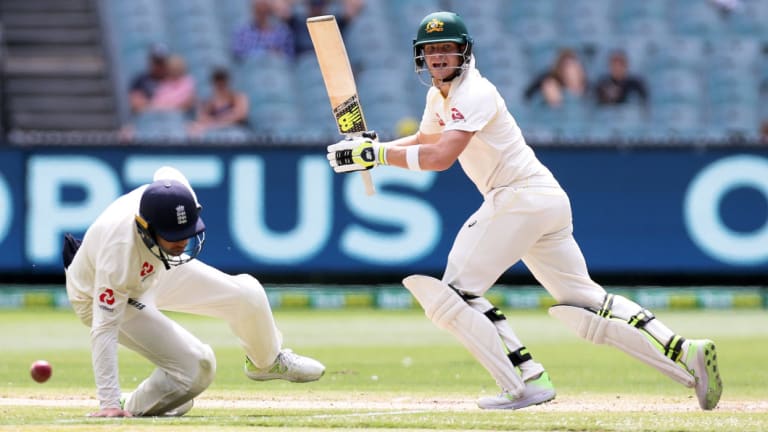 Steve Smith plays in front of a smattering of fans on day five of last year’s Boxing Day Test.Credit:AAP

When will the authorities learn that the fans like a regular schedule? They get Boxing Day and News Year's Tests set in the roster but twiddle the rest around the calendar, often dealing with two separate Test series.

Attendance at multi-day cricket requires planning well in advance, contrary to some marketing people’s beliefs many supporters do want to attend every day of a Test, they want to watch and feel the contest develop then unfold.

They want to feel the ebbs and flows and share their days with their fellow crowd members, but work, families and budgets demand notice. But that is a discussion for another day.

State cricket was consigned to variously sponsored 50-over competitions in mid-September through mid-October. That would be the end of players attempting to play their way into the national side based on current white ball form.

ODI cricket usually (rather than traditionally, but the more I look into it the more the schedule looks like a dog's breakfast) follows a Test series. The days of mixing Test and ODIs may have finished in the mid-1980s, an era when the Test team just swapped uniforms for the shorter form, but now there is the complication of 20-over internationals and, more pointedly, the Big Bash.

Selectors are choosing 50-over players in mid-January (after the Sydney Test) when they haven’t competed in that format since early October, and they have been getting it wrong.

Worse is happening when the Test side needs refurbishment, the Bash has taken over and this season there is no first class cricket from December 11 until February 24. When you pick Test teams on T20 form, accidents will happen.

At the beginning of the summer a couple of Sheffield Shield games might be completed before the first Test but rarely have the incumbent Australians players taken part. Delightfully right now there has been a change of policy as a struggling Test contingent have been allowed to take up tools for this current round of games and the results, as the fourth round nears completion, have been heartening.

Matthew Renshaw can only benefit from facing Starc, Cummins, Hazlewood and Lyon. If Joe Burns or Marnus Labuschagne or Sam Heazlett makes runs against them they will be hard earned and count double in the selectors' little black books.

The catalyst for turning raw skill into runs and wickets is competition. Competing against the best makes you either better or not good enough and the next candidate steps forward and gives it their best shot.

Travis Head made a score in Adelaide, Marnus Labuschagne's leg-spinners were caned by Moises Henriques – players competed hard and got better.

Too many times the spectre of "workloads" (the bowlers have sent down too few or too many deliveries), rest or lingering overseas commitments often crossed paths and limited the strength of the competition. The notion that rest was more valuable than competing is a complete furphy.

The authorities of "high performance" – often with little concern or knowledge of the Shield’s importance with its attendant intense competitiveness – experimented with a competition that had provided quality international players for over 120 years. 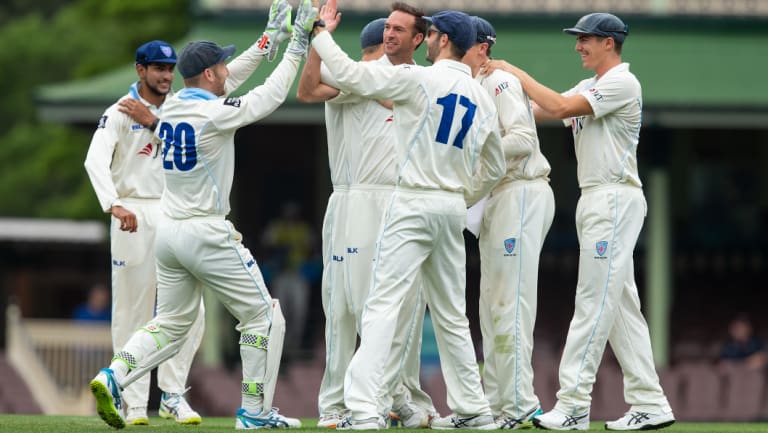 The selectors were choosing Test players on T20 form or ODI form and failing to find that rarity of breed that could switch formats as easily as they swapped canary yellow and baseball caps for baggies and creams. Steve Smith could do it, David Warner could do it, but no one else in the top six could do it.

Please do not suggest that Shaun Marsh could. His continued disappointments as a Test player (with the odd frisson of form that teased the fans and fooled the selectors), after 34 Tests he's averaging 35 with the bat, merely hints at quality rather than asserts it.

The T20I in the Gold Coast on Saturday has taken perhaps eight Test possibilities (rather than probabilities) out of this Sheffield Shield round: Aaron Finch wants to be a Test opener; Alex Carey is more suited to the longer forms and is a likely successor to wicketkeeper Tim Paine; Glen Maxwell wants to bat six; Nathan Coulter-Nile could be the next man off the bench to back up the big three quicks; Jason Behrendorff would be the left-hander they need to back up Mitchell Starc; Billy Stanlake should be getting overs in his legs and time on the field if he is to ever break away from his white ball only tag; Marcus Stoinis could be a successful Test middle order player…  if he gets to play competitive Shield cricket more frequently.

All of these players are missing from one of the best rounds of state cricket in years so they can bowl four overs and hit tee shots. What is the purpose of this one off T20? Money? We aren’t even playing India.

In a time when the depth of our cricket is thinner than during World Series Cricket, little thought has been put into this exercise. With a stiff bristled broom having swept away the people who have been directing the program there may be a sea change coming.

Australian cricket cannot be commercially viable if the national team aren't winning and winning starts by having your best players playing at their best. With the schedule as it is, can we honestly say we know who those players are?