On September 16, 1996, Andres Iniesta joined Barca’s ranks before going on to become a club legend. 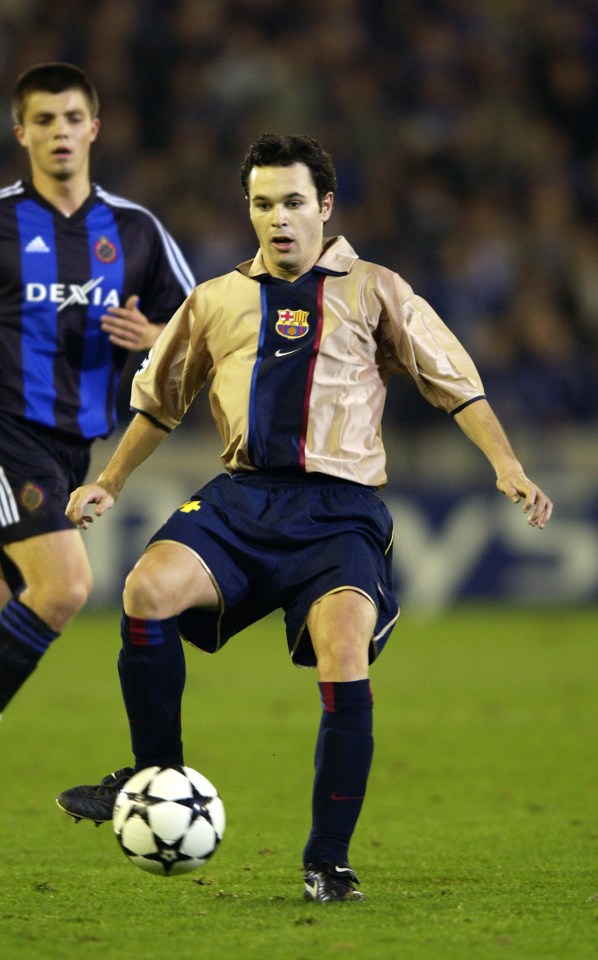 The Albacete-born midfielder has grown into one of the most admired players on the planet — and is the only Barca star to enjoy a warm reception from the home crowd at the Bernabeu.

During the 2010-11 season, Iniesta’s name was cheered at every stadium in Spain following his late World Cup final winner in the previous summer.

But the little man’s footballing journey all started more than two decades ago. 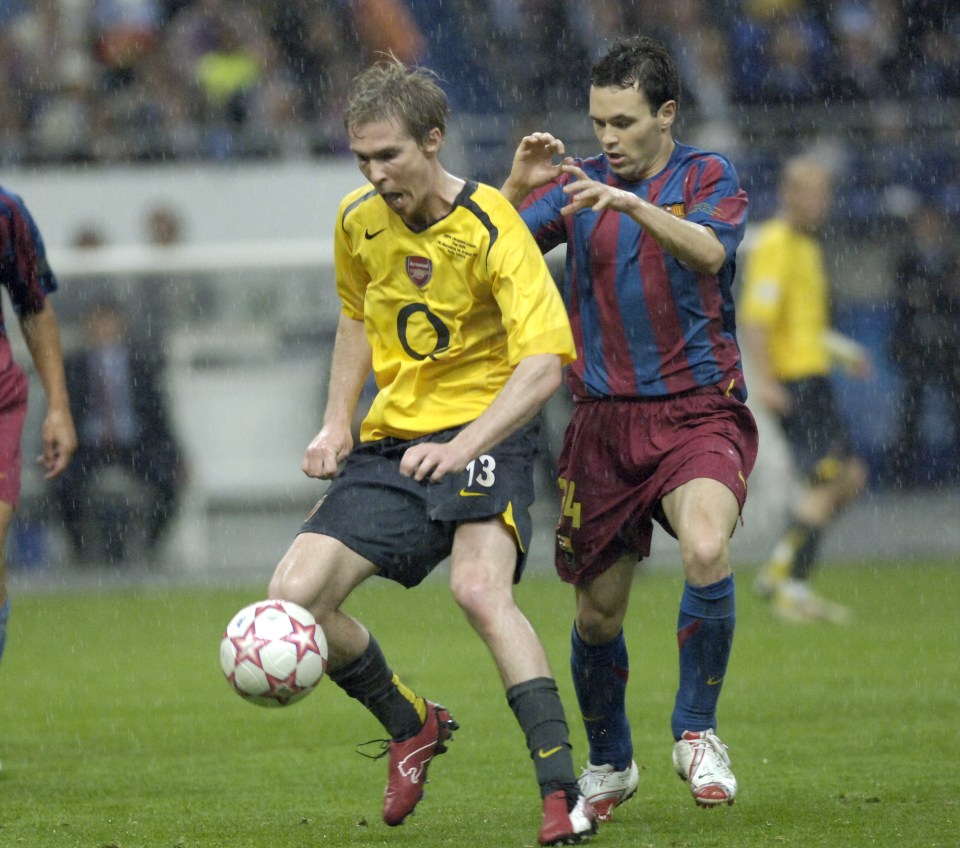 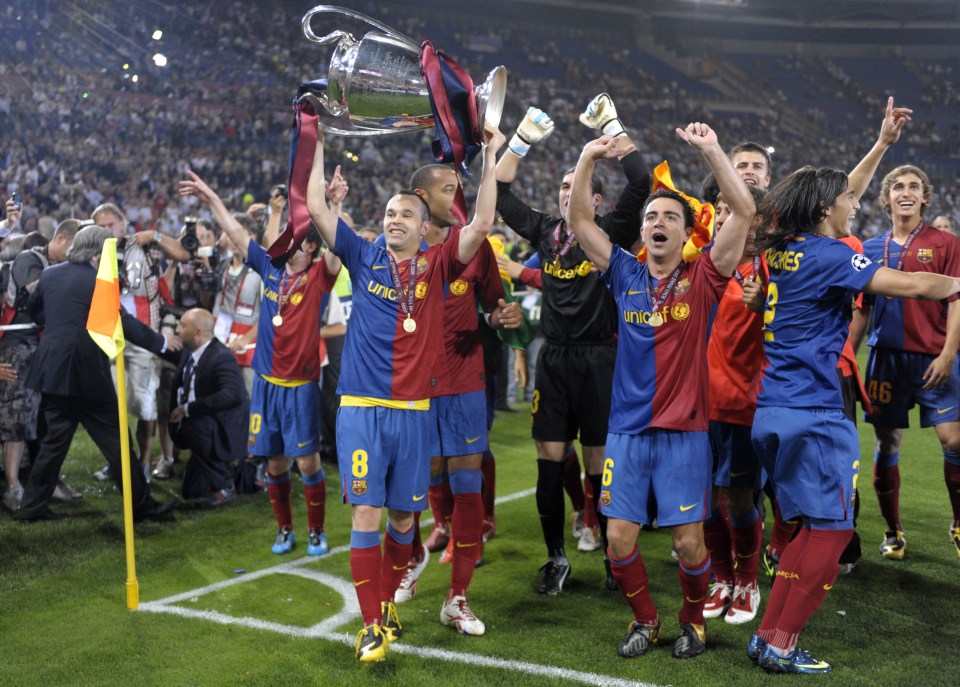 The now 33-year-old describes La Masia as “my home, a place which represents excitement, emotion, pride and happiness” to Sport.

Iniesta was just 12 when he joined the academy and could only dream of the success that would ensue as he spent his entire career at the Nou Camp.

A shy boy, it was reported he “cried for days” when he parted from his parents.

After captaining the Under-15 side to Nike Premier Cup victory in 1999, then-club captain Pep Guardiola famously told Xavi: “You’re going to retire me and this lad [Iniesta] is going to retire us all." 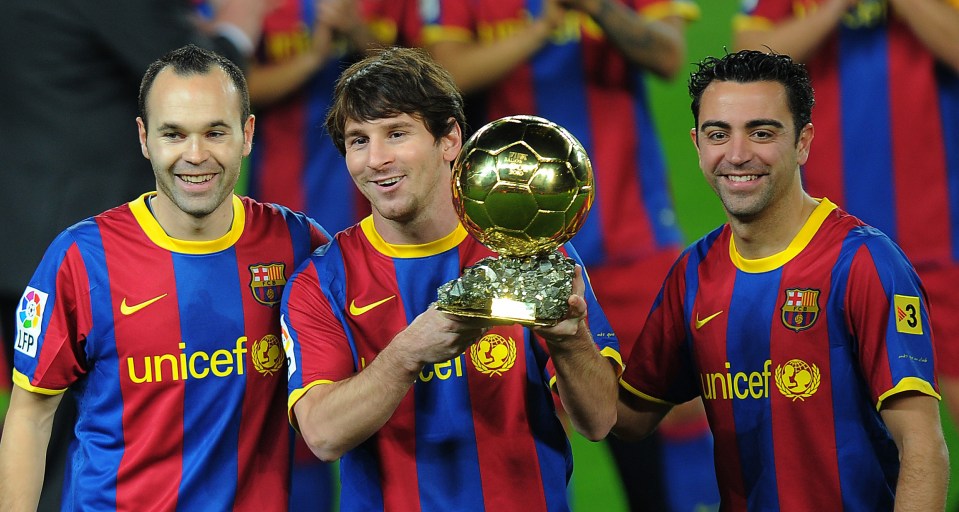 Louis van Gaal handed an 18-year-old Iniesta his first-team debut in a Champions League group stage match away at Club Bruges on October 29, 2002.

He soon integrated himself as a first-team player and, at the age of 20, made 46 appearances in all competitions.

That coincided with Barcelona re-establishing themselves as world super power following the arrivals of Ronaldinho and manager Frank Rijkaard.

He won the first of his staggering EIGHT La Liga titles in 2005 — and would help retain the championship the following season. 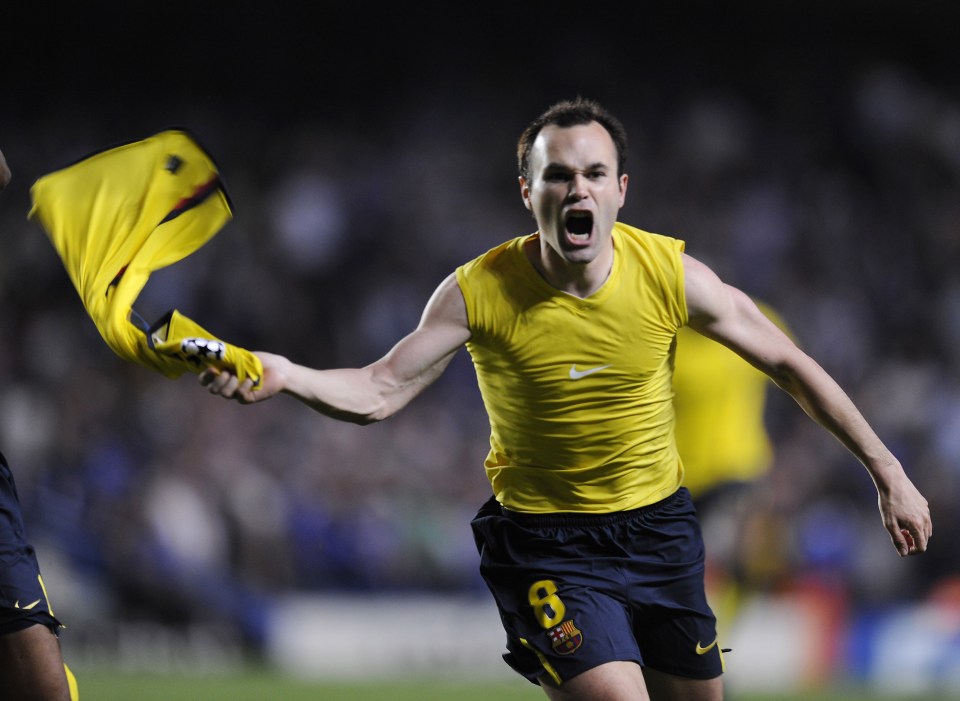 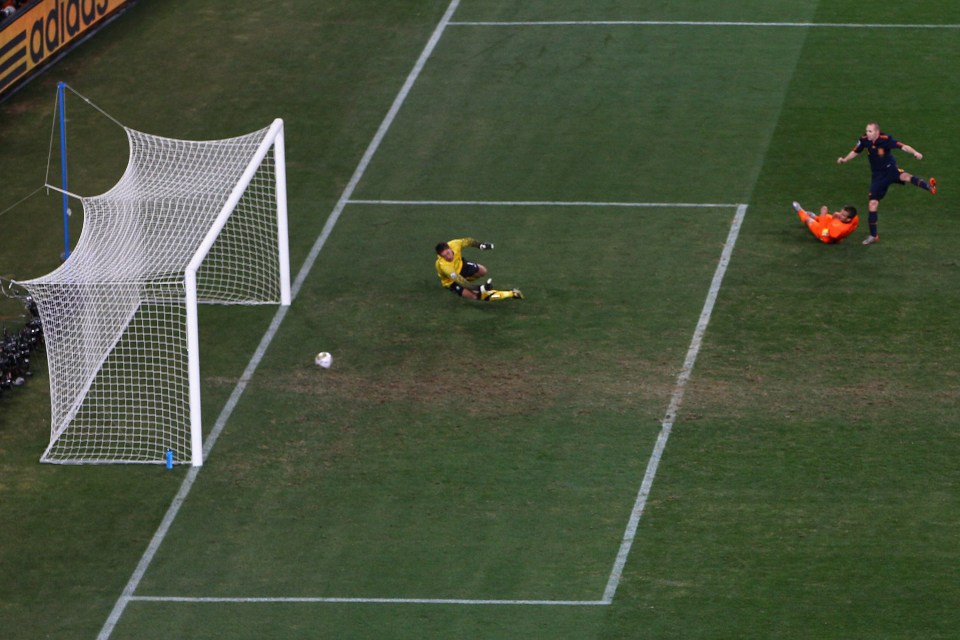 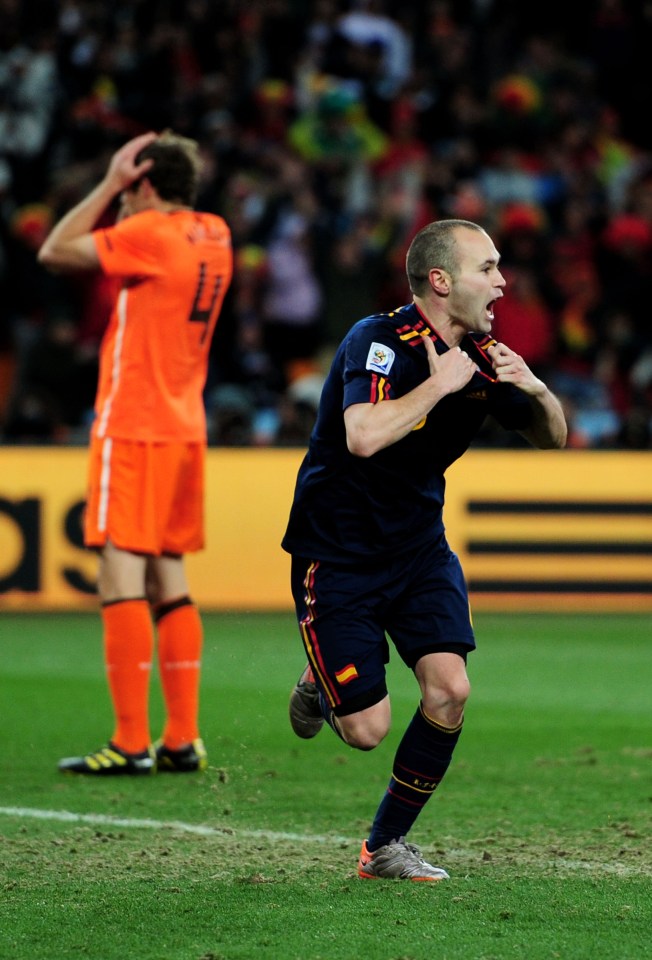 Iniesta capped off a memorable year with a first Champions League medal.

He was a half-time substitute as Barcelona came from 1-0 down to beat Arsenal in Paris.

Untested Guardiola was the surprise choice to replace Rijkaard in the summer of 2008 with Barca desperate to get back to winning ways. 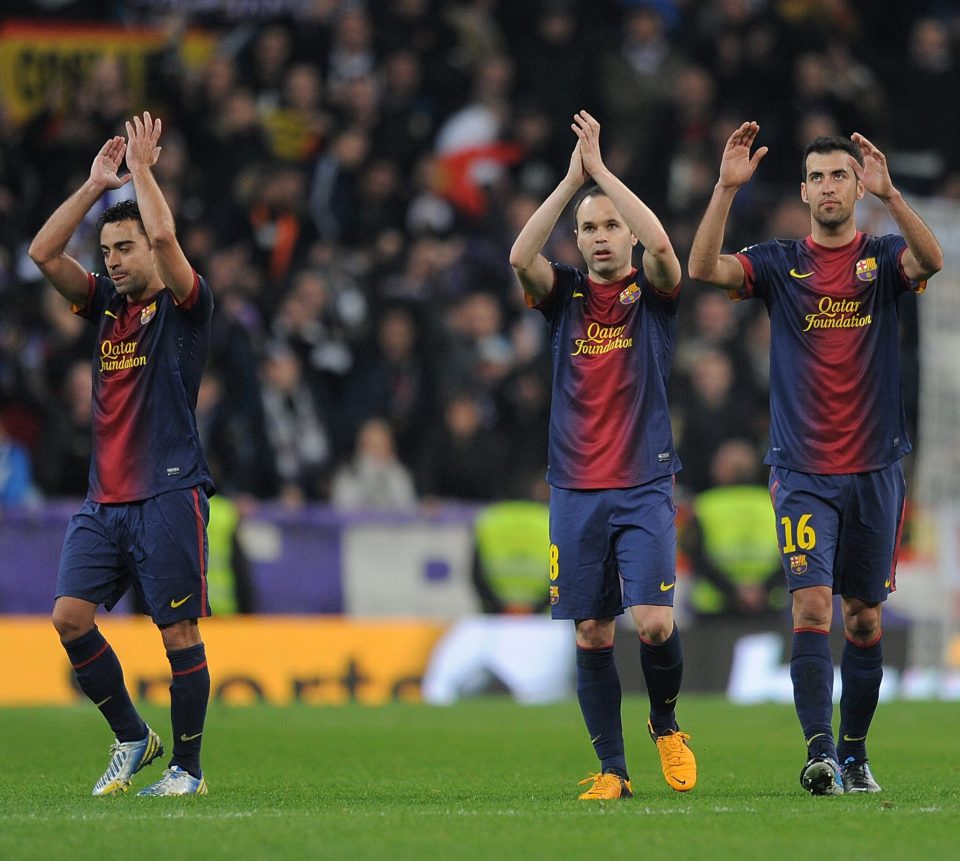 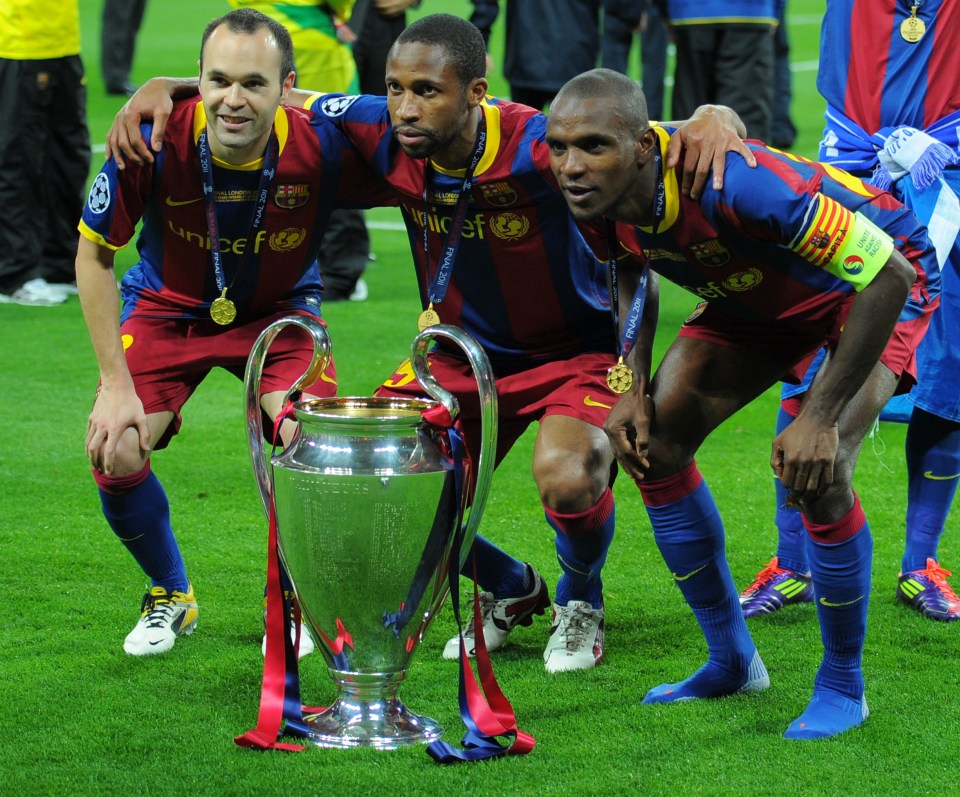 The Catalans reached a second consecutive Champions League semi-final, but history looked set to repeat against Chelsea itself as a 0-0 draw at home was followed by a 1-0 defeat away. Or so it seemed.

With just seconds remaining, Lionel Messi rolled the ball to across the box and Iniesta struck the ball sweetly just out of Petr Cech’s reach to send his side to another final.

A second victory ensued with Barcelona just far too strong for Manchester United in Rome to complete a first-ever Spanish Treble.

The almost telepathic understand of midfield trio of Iniesta, Xavi and Sergio Busquets was to revolutionise the game. 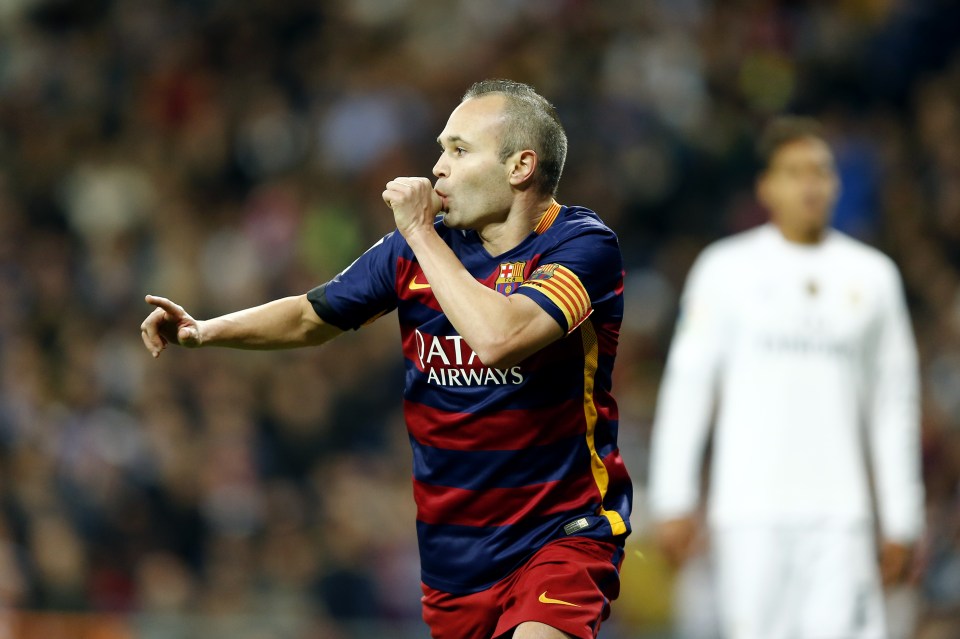 It was in the following summer where Iniesta ensured his name would become legend as his 116th minute winner against Holland secured Spain a first-ever World Cup.

He and Barca did not let up and again won a league and Champions League double in 2011 — with only Jose Mourinho’s Real Madrid preventing a Treble by beating their rivals in the Copa del Rey final.

Guardiola left in 2012, but Iniesta claimed another La Liga title 12 months on. 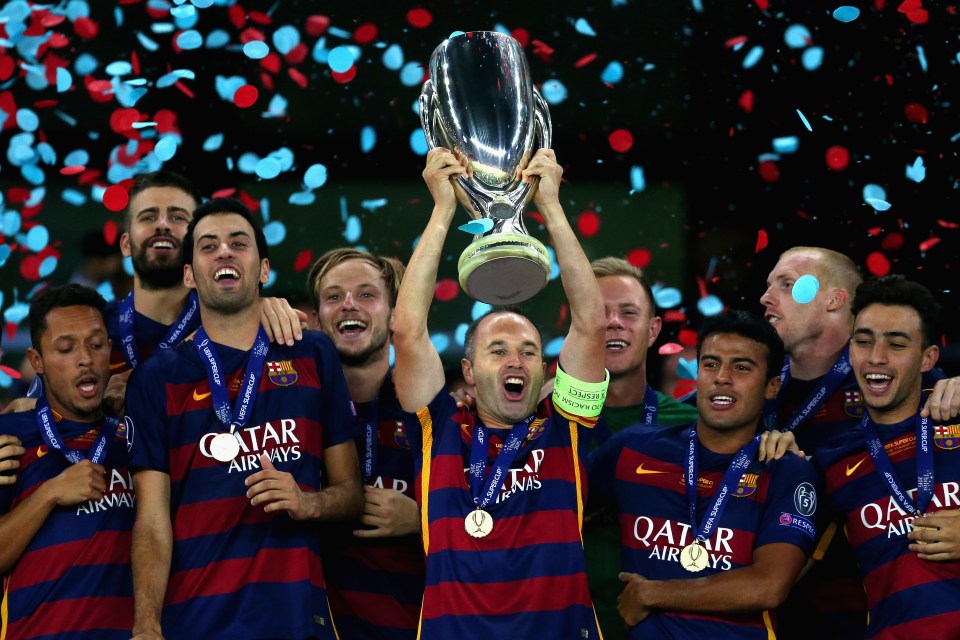 Astonishingly, he would be the centre piece of another Treble three years later.

Xavi was replaced in the first team by Ivan Rakitic — but Iniesta went on… until today.

In an emotional press conference he revealed he would leave Barcelona – and would leave Europe to ensure he never had to play against them… ever.