The Waratahs are at the top of a very slippery slide in Super Rugby and the only thing that can stop them lurching down head first is belief and composure, according to five-eighth Bernard Foley.

Having fallen short against the weakest New Zealand team, the Blues, on Saturday night, the Waratahs are heading into a three-week block of Kiwi opposition. First the defending champions the Crusaders in Christchurch, then the Highlanders at home and the Chiefs in Hamilton. 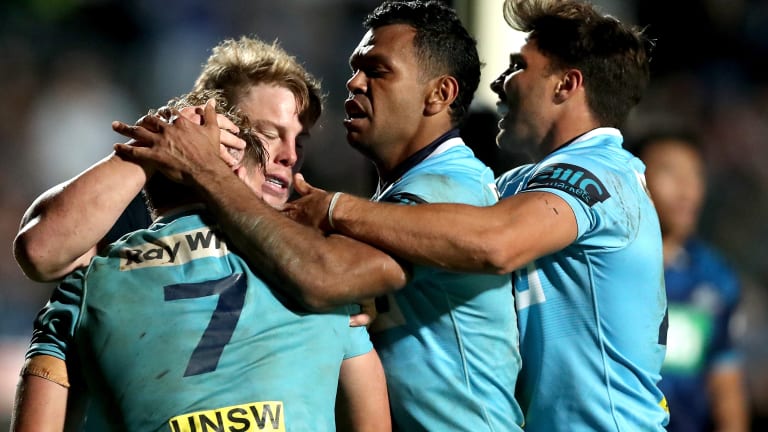 Staying alive: a try to captain Michael Hooper provided the spark to keep the Waratahs in the fight until the end on Saturday.

It could spell disaster for NSW given their failure to convert to points the lion's share of possession and territory at Brookvale Oval.

But Foley believes his team can avoid a massacre by believing in themselves and each other.

"A lot of it's composure, backing the system and what we've trained. Even if you feel unfulfilled the first time, you go back and do it the second time," he said. 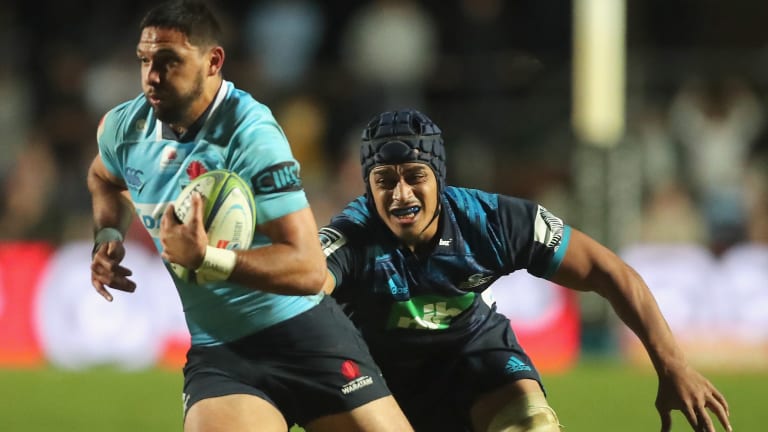 Missed opportunities: NSW had plenty of chances to score against the Blues on Saturday night.

"You don't try to solve it on your own. Teams are too good now in Super Rugby to allow individuals to go out there and win matches. You've got to back the guys around you, the 14 other team mates on the field, and that's how we'll get the win."

It might be two years since the Waratahs last beat a New Zealand team but Foley and a number of senior players remember what regular victories feel like.

The Waratahs accounted for the Crusaders, Hurricanes and Blues on the way to the knock-out rounds in 2015 and they notched a four-game streak against Kiwi opposition in their march to the 2014 title.

Those games were not always one-sided affairs. While Foley's big game temperament secured a 33-32 win in that season's final, it was the Waratahs' regular season win over the Chiefs in New Plymouth that was a masterclass in belief. The visitors surrendered a halftime lead but vanquished thoughts of defeat – and the deafending clink-clink of 10,000 cow bells – to regain composure and lock away the match 33-17.

Foley said those games were fuelled by composure, shared vision and unselfish execution.

"The belief to stick to what we want to do. To stick to the game plan and execution and just trusting that it will come," he said.

"We've just wavered in those critical moments rather than be sure of ourselves."

Fresh off a 55-10 demolition of the Rebels, the Crusaders sit atop the competition ladder and are brimming with confidence, skill and their trademark quality up front.

"Their pack's littered with All Blacks so they're a sound team. And off the back of that forward pack, that really won the competition last year," Foley said.

"For us it's setting the platform, really matching them. Our team's definitely shown that the forward pack want to work, they want to have that fight."