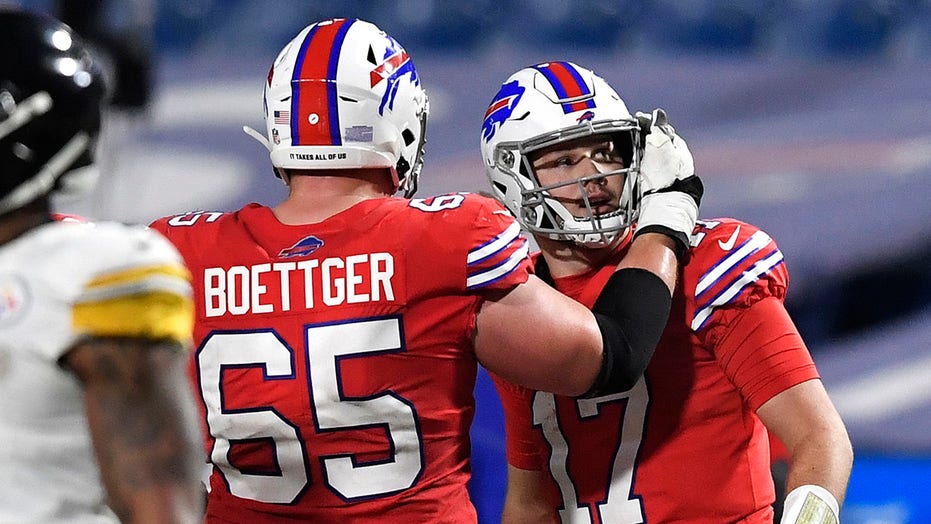 The Buffalo Bills are one of the best teams in the NFL and are not taking any type of criticism lightly.

"I am fully aware that I have biases. And my biases are not based on Josh Allen. It’s based on the people that are defending Josh Allen. I would be 100% lying if I said that when Josh does something dumb, a little part of me doesn’t get happy. And it’s not because I don’t want Josh to succeed," Foxworth said on Bomani Jones’ podcast, via Outkick.

"It’s because the people who are telling me that Josh is the second coming and Josh is better than everybody are people with American flags and dogs and skulls and crossbones. … If you go just take a dip into their tweet history, it’s some really concerning retweets and likes. … It’s not about Josh."

Jordan Poyer and Jonathan Feliciano responded to the criticism.

"Hold up bruh," Poyer wrote. "we not jus letting this slide, yeah?! @espn this what we on now in the ports world!? @Foxworth24 we gotta do better my brother… cause this ain’t it."

Feliciano added: "ay @Foxworth24 are you talking about the fans that just raise over 700k for a hospital during a pandemic? Ppl do/say the corniest things to try n get ahead."

Foxworth said Wednesday that his comments were taken "out of context."

"Nobody I respect has taken this seriously so I've been ignoring it. And getting taken out of context kinda comes with my job, so I haven't been trippin. But I respect you and the ppl in your building and it bothers that yall have spent 1 sec thinking about this disingenuous BS," he wrote in response to Poyer.

"Feel free to DM me, listen to the full podcast, or ignore this foolishness all together and get back to ballin. Best of luck to you and my new favorite QB."

Buffalo is 10-3 this season and on the verge of winning its first AFC East division title since 1995.