A blown fuse forced them to wait an extra week but Ben Allen is adamant the Canberra Gunners are ready to shoot the lights out in their SEABL season opener.

The Gunners and Capitals Academy’s games against Ballarat were cancelled last week after a row of lights above a basket went out in the final minutes of the Gunners’ warm-up. 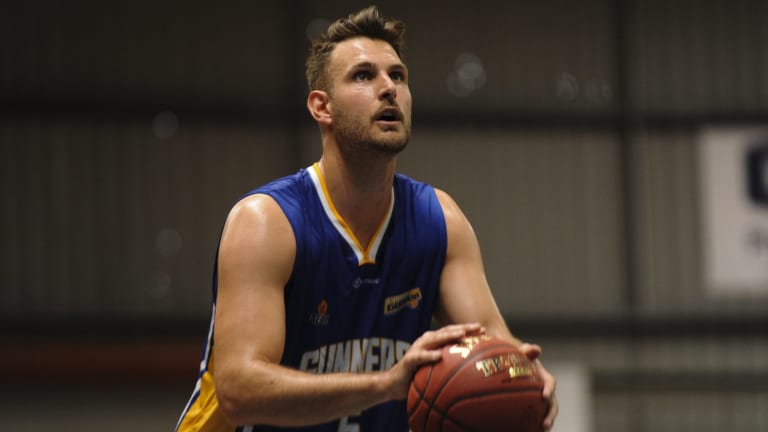 Ben Allen is raring to go.

Basketball ACT has taken steps to avoid a repeat issue with Evoenergy placing a divider between the two wires that came into contact with each other and blew a fuse in the power box.

Now the Gunners are raring to go as they and the Capitals Academy prepare to host the Geelong Supercats at Belconnen Basketball Stadium on Saturday.

"It’s out of our control but it’s something that has just left us itching," Allen said.

"We’ve trained for however long now so it’s nice to finally get on the court and go against something that is not our teammates.

"We had a really good warm-up, everyone was feeling really good, there was a lot of talk out there. The crowd was awesome so we’re hoping everyone can get back this week plus a few more and support us again.

"I think it happened with two minutes to go in the warm-up so we were ready and raring to go, just unfortunately things like that happen."

The Capitals Academy did manage to open their season with a win in Melbourne and WNBL star Kate Gaze is looking to repeat the dose with a firing Keely Froling leading the way.

"It’s so great playing with Keely, she’s such a great player, she’s so competitive which I love," Gaze said.

"She chases all the rebounds on all the shots that I miss so loving playing with Keely, she’s a great player and a great leader for the young girls.

"It’s a new, young group and I think we have some really promising players coming through the ranks here at Basketball ACT so [I'm] just so excited and hopefully we can just keep getting better each week."

Sevilla tell Newcastle to stump up another £12.5m for Diego Carlos.. because they spent £25m on Chris Wood transfer

How Tottenham could line up under Nuno Espirito Santo with Pjanic, Insigne and Seferovic but no Kane or Alderweireld