Ray Warren told Brad Fittler he did not need to be a ''rocket scientist'' to work out St George Illawarra No. 7 and Queensland hopeful Ben Hunt was having a blinder.

Fittler then fired back almost immediately: "We will sick Tariq on to him". 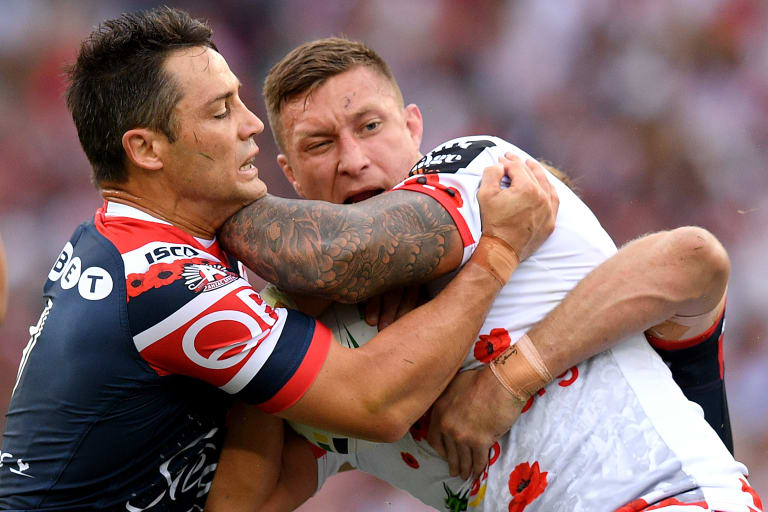 Tariq Sims had scored a well-deserved try for the Dragons only minutes earlier in front of Blues coach Fittler.

It was about as good as it gets when it comes to Origin selection confessions. Sims stood up on the big stage yesterday when he flattened blokes for fun, including Cooper Cronk on two occasions.

He ironed out Cronk early in the first half, ending the Roosters' set and forcing a turn-over, with Sims crossing for a try minutes later at the other end.

Sims' 21 tackles were a constant source of pain for the Roosters.

The Dragons should have plenty of forwards in the NSW Origin mix, including incumbent Tyson Frizell, as well as Jack de Belin, Paul Vaughan and Cameron McInnes. But Sims should take plenty of confidence from Fittler's unofficial endorsement with the teams selected in a month.

Now 28, Sims is living up to the early hype he garnered as a kid with giant thighs in North Queensland. 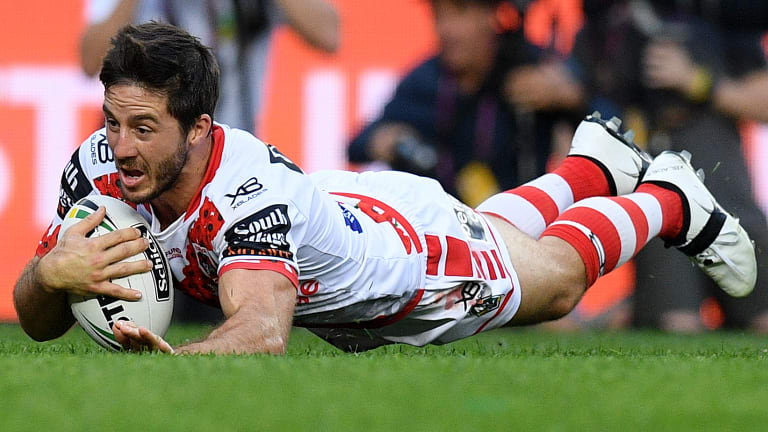 Breathing fire: Ben Hunt crossed for a brilliant try just before half time.

The Dragons $6 million man showed a good turn of foot at the end of the first set of the match to race upfield, sneak the ball to McInnes who then found Gareth Widdop for a kick to Nene Macdonald for the first try.

Hunt then popped up again in the final minute of the half when he stepped off the right foot and straight past Roosters and NSW skipper Boyd Cordner. Luke Keary also failed to stop him.

The Dragons' early season form will come in handy when they start to feel the pinch during Origin, with at least five players likely to be given the nod for representative honours.

One concern for Fittler must be Roosters half Keary, who looks to be still struggling with the after-effects of a concussion that ruined the end of his pre-season.

Keary is a legitimate contender to wear the No. 6 jersey next to James Maloney. However, Keary was tackled by Euan Aitken early in the second half and took a long time to return to his feet. He was was then shaking his head for the next couple of tackles in back play.

For a few minutes he looked "sick", but not the kind Fittler had in mind when thinking of Tariq stopping Hunt.