Emergency services had been called out ahead of kick-off to investigate reports of smoke over the Vitality Stadium’s East Stand, but discovered no blaze. 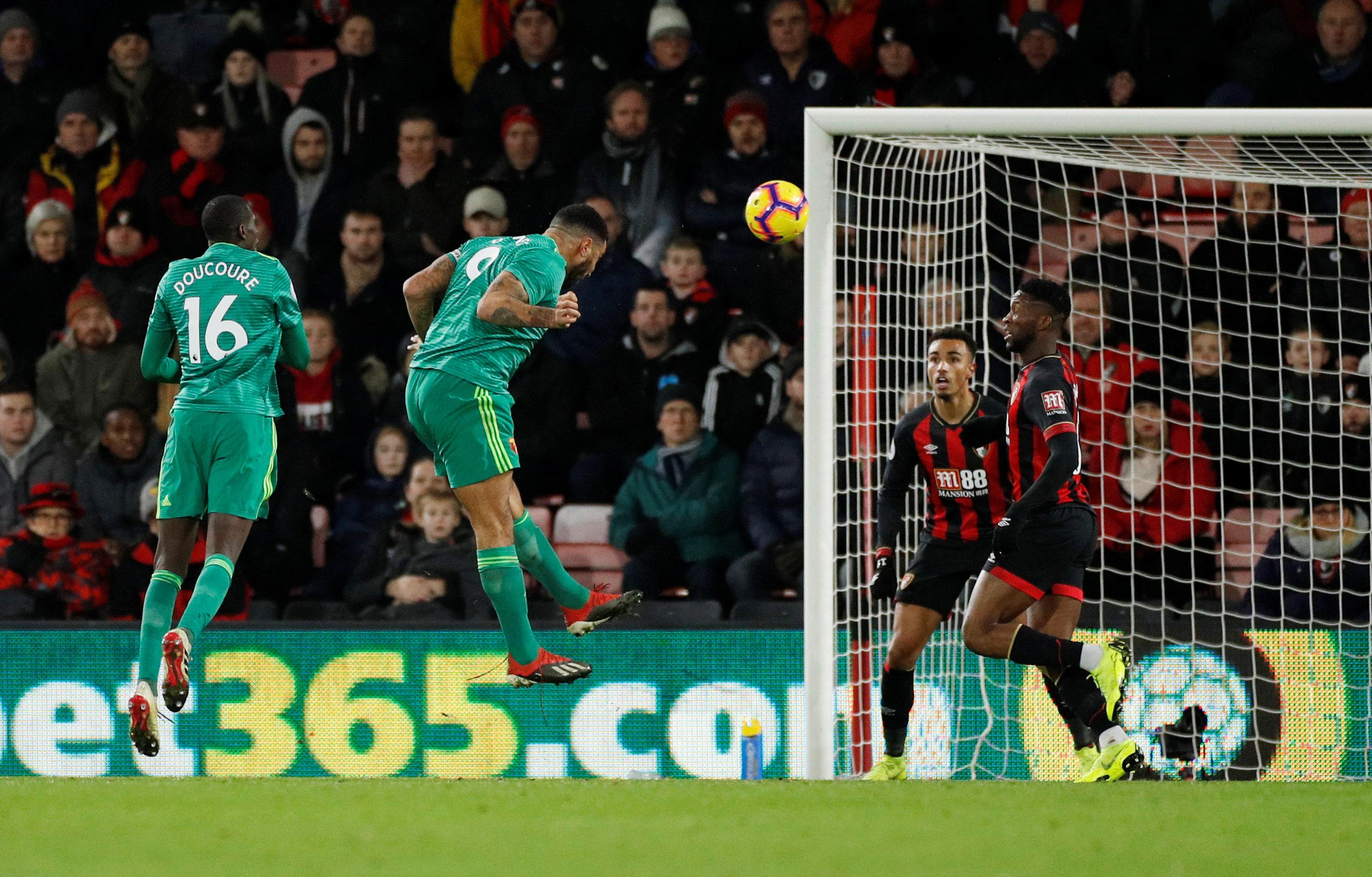 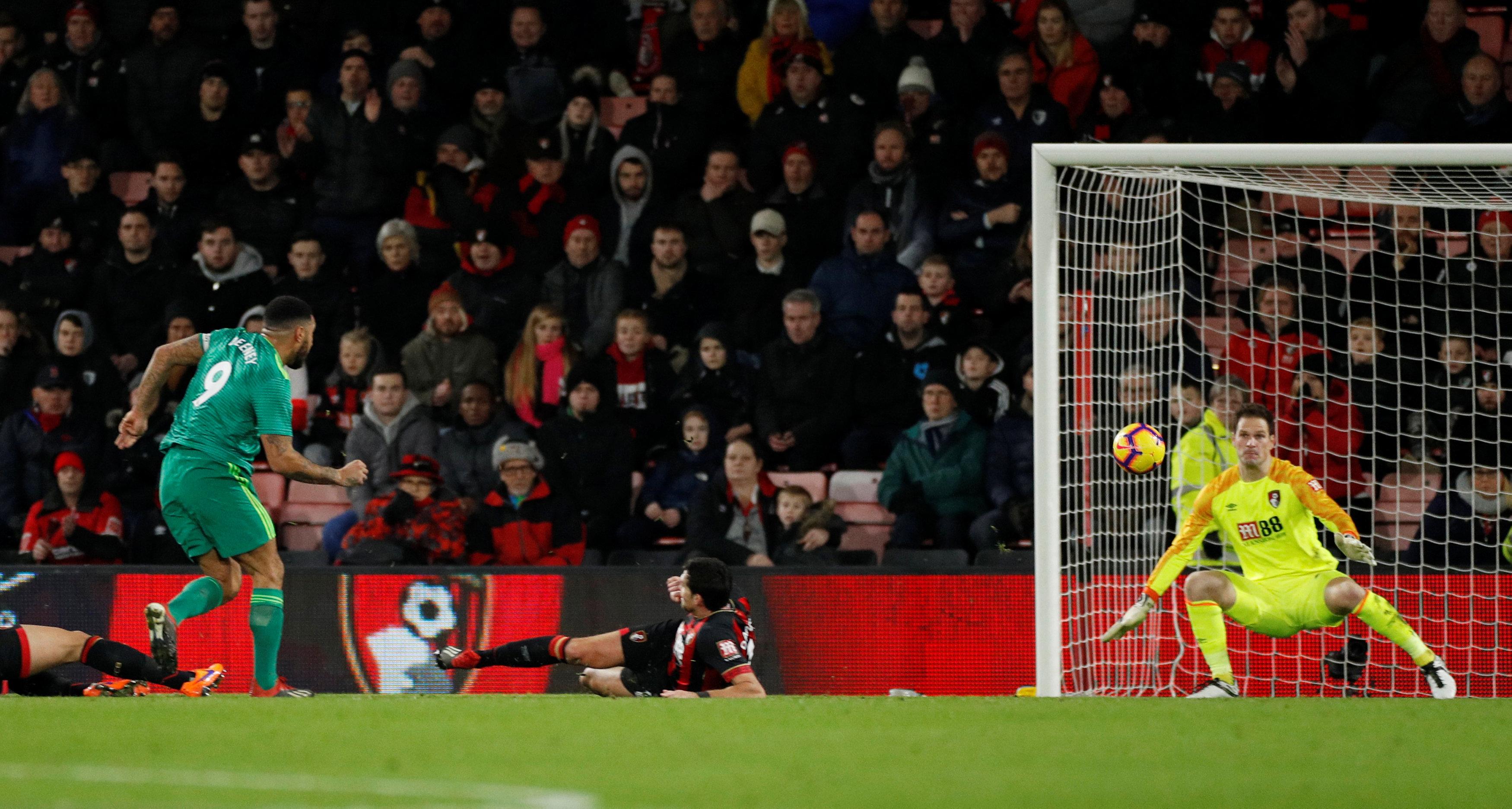 Had the firemen hung around long enough they will have witnessed the action ignite as Troy Deeney put Watford two ahead just before the half hour.

But the visitors retook the lead instantly through Ken Sema’s first goal for the club – before Ryan Fraser levelled the scores once again before the half-time break.

This was Eddie Howe’s 750th game for Bournemouth as a player or manager – but he is unlikely to have experienced a first 45 like this before. 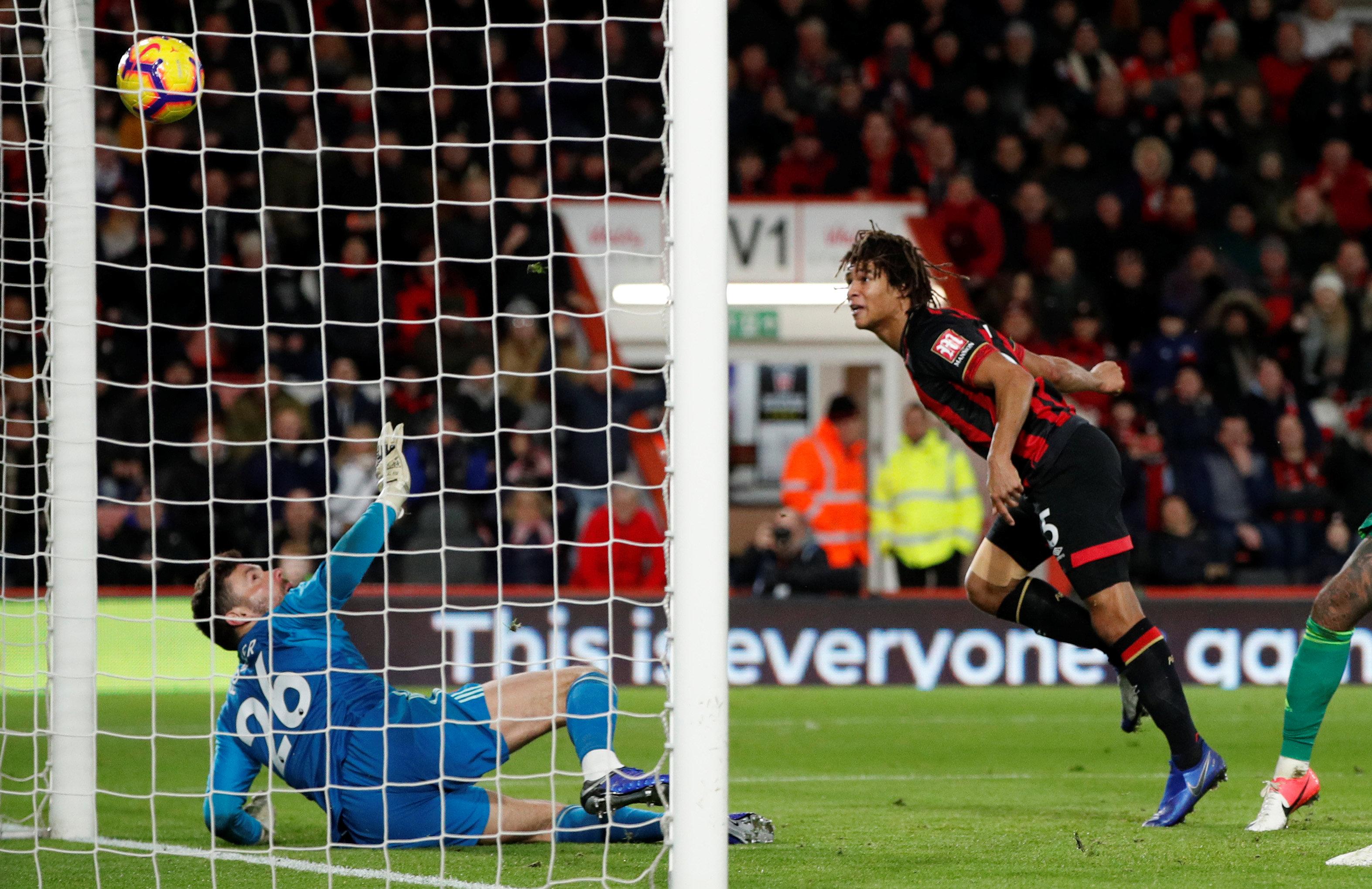 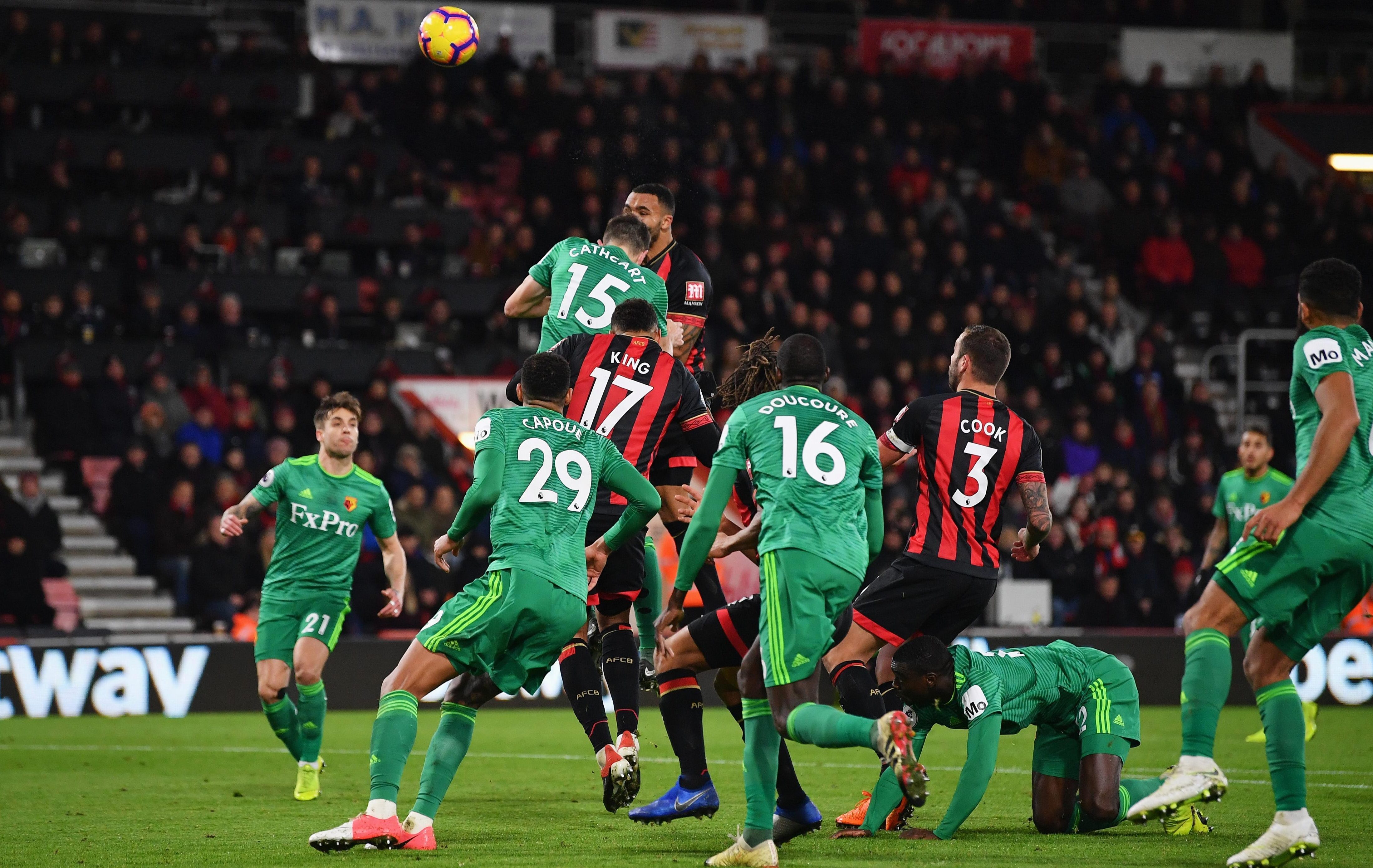 The 41-year-old has just celebrated the tenth anniversary of being handed the reins as Cherries boss on New Year’s Day 2008.

He lost his first match in charge 2-1 at now defunct Darlington, underlining the fairytale rise up the leagues he has masterminded over the last decade.

It has been relentless success for Howe during his tenure but things have not been going his way of late, with eight defeats in his last ten in the league and a growing, long-term injury list.

He will have feared another damaging loss when Deeney put Watford two up inside 28 minutes.

The burly striker had been recalled to the line-up after being rested for the 1-1 draw against Newcastle along with Abdoulaye Doucoure and bullied the hosts throughout.

He grabbed his first by heading home a Sema cross to complete a well-worked move involving Doucoure, before an equally-clinical second.

A loose Dan Gosling pass went straight to Gerard Deulofeu who raced into the box and was dispossessed by Steve Cook’s sliding challenge, but the ball squirmed free and Deeney stuck it away.

Doucoure has been linked with a £45million move to Paris Saint-Germain this month and the French giants, if they were watching, will not have liked what they saw next from their target.

The midfielder should have been sent off for a studs-down stamp on Fraser but somehow escaped with a yellow card.

Watford were dishing out some rough treatment on their opponents and Fraser in particular, as Deeney cynically brought the pint-sized Scot down.

But it proved a bad move as Fraser swung in a free-kick to the far post which Cook headed across goal.

Gosling saw an initial header saved, but Ake could not miss with the rebound. Game on. 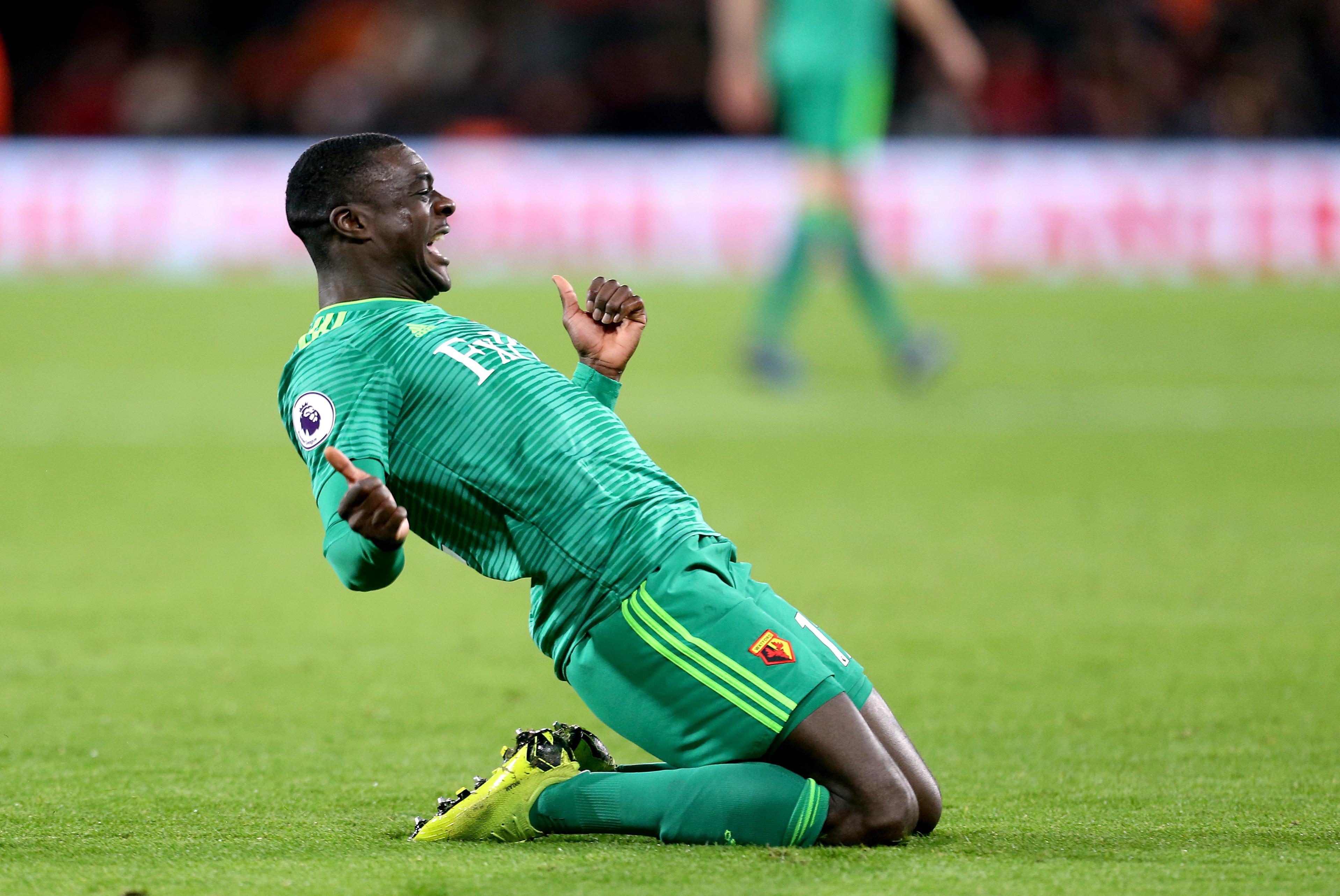 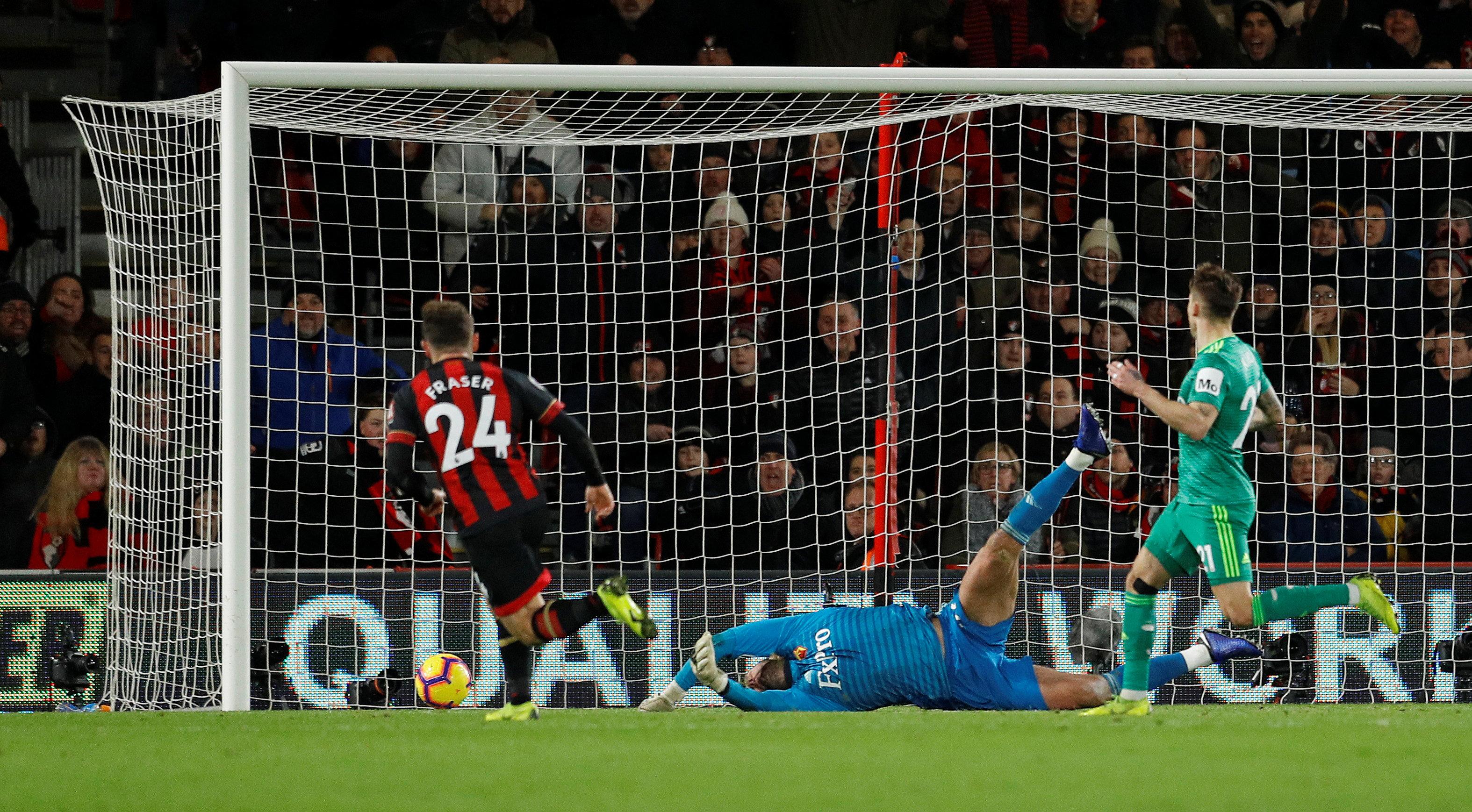 Three minutes later the scores were level and again it came from a Fraser free-kick, this time headed in brilliantly by Wilson.

The England striker used all his neck muscles to divert the ball up and over Ben Foster from 13 yards out.

It sparked the first chants of ‘Champeones’ from the home crowd, referencing the 2015 Championship season when Bournemouth pipped Watford to the second-tier title on the final day.

But supporters barely had time to finish their taunts before they found themselves behind again as Deeney flicked on for Swede Sema, who took a touch and belted the ball into the bottom corner.

Yet the mayhem was not over.

Makeshift right-back Junior Stanislas fired a low cross which both Wilson and Josh King dummied, and there was the ex-Ipswich loanee to fire past Foster.

Inevitably the fire died down in the second half.

But Watford boss Javi Gracia ensured a sending-off was not thrown into the mix as he subbed walking red card Doucoure for Tom Cleverley before the hour.

The ex-Manchester United man’s first involvement was to be cleaned out by Gosling, who was booked.

Watford have been through 12 managers since Howe first took over at the Cherries, proving the polar opposite of the managerial stability at the South Coast club.

Current incumbent Gracia, who is closing in on a year in the post, will be wary of the fate of many of his predecessors when tailing off after Christmas.

And he had Foster to thank for ensuring Watford left with something as the ex-England keeper made a stunning reactionary stop to turn over Wilson’s header.

Cook headed a corner over in the dying moments as the game ended relatively peacefully – after the panic of the first period.