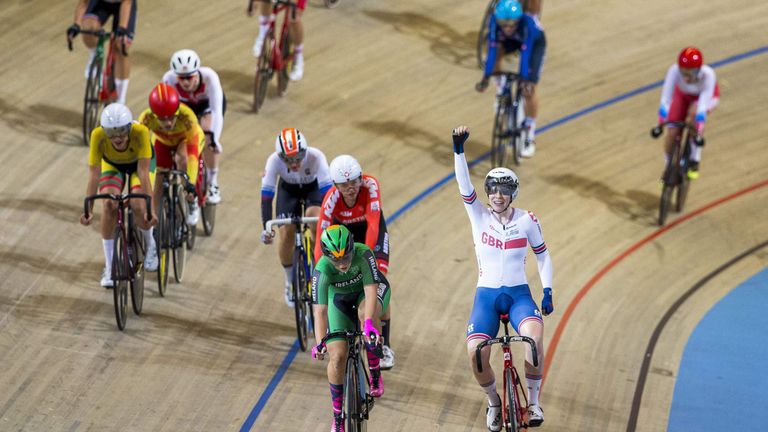 The 22-year-old finished ahead of a strong field in the scratch race to win her first elite European title, holding off Ireland’s Shannon McCurley who claimed silver.

“I started my sprint a couple of laps earlier than I usually would, but I knew I wanted to lead out rather than try to get around other riders,” Nelson told British Cycling.

“I’m really happy with the jersey, especially with it being my first elite European title.”

A scratch race sees the riders start together with the winner crossing the line first after a certain number of laps.