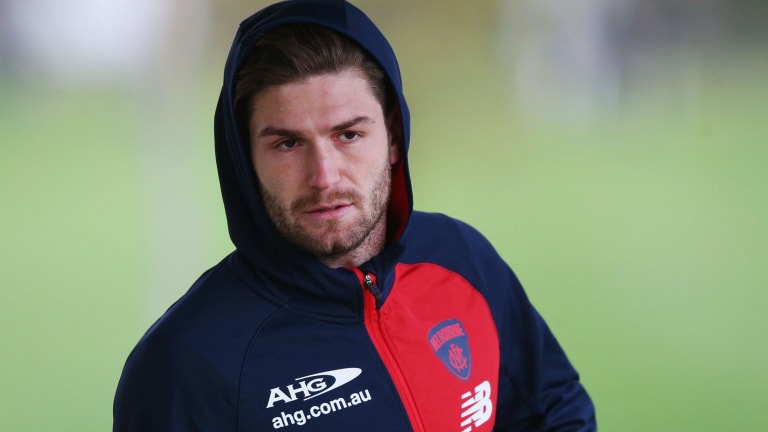 Tomas Bugg could be set to return in Melbourne’s Anzac Day clash against Richmond.

Speedy defender Hunt seems the most likely to return for the Demons on Anzac Day eve after he was dropped following the win over the Brisbane Lions in round two. They lacked his run and penetrating kicking in a dour display against the Hawks.

The Age reported on Saturday that Broad was in line to return from his three-match AFL suspension against the Demons. His suspension was imposed as punishment for his role in the 2017 grand final naked photo scandal.

He did not play for the VFL Tigers on Sunday, strengthening the belief that he was being considered for an AFL recall.

However, Sam Lloyd and Jack Higgins also sat out the VFL match, with conventional wisdom suggesting Lloyd is a more like-for-like replacement than the suspended Jack Graham. The Demons and Richmond will name their sides on Monday evening. 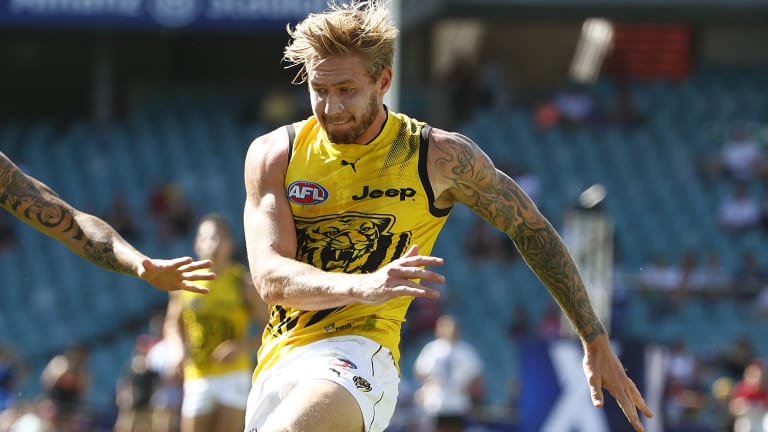 Nathan Broad took part in the AFLX competition despite while under an AFL match ban for the start of season 2018.

Anthony Miles, Shai Bolton, Oleg Markov were most impressive for the Tigers at Punt Road Oval while Cam Pedersen, Charlie Spargo and Oskar Baker were good for Casey.

Meanwhile Daniel Rioli – who has not played since breaking his foot in the 2017 grand final – still has no set return date. He will return through the VFL but it is unclear when.

Richmond are confident his foot has healed but said he still needed to build fitness and strengthen up that area of his body. He is the only player on Richmond's remarkably charmed injury list.

Given Melbourne's embarrassing loss to the Hawks, Richmond defender Dylan Grimes told reporters on Sunday that they would be wary of the wounded Demons.

"We know that they're a contested ball beast and they win the ball in their midfield and get it going forward," Grimes said. "They certainly pose a huge challenge for us. We are not making any mistakes, they're going to come out firing. Scrutiny or no scrutiny we know they're going to be a hard fought team."

He said he was bracing for Melbourne's dangerous forward line, particularly Jeff Garlett, but was confident the Richmond defensive unit can nullify the Demons' attack.

"We genuinely feel as players we have a lot of improvement to go. We are certainly not putting a ceiling on our season," Grimes said.

"He [Garlett] has been in electric form … I will certainly go through him at various stages."