The Queensland Reds have prolonged Australian rugby's horror run against New Zealand opposition, falling 36-12 at Suncorp Stadium to the Chiefs.

The Hamilton Super Rugby outfit was far too slick in what shaped as a hiding when they led 24-0 at halftime on Saturday night. 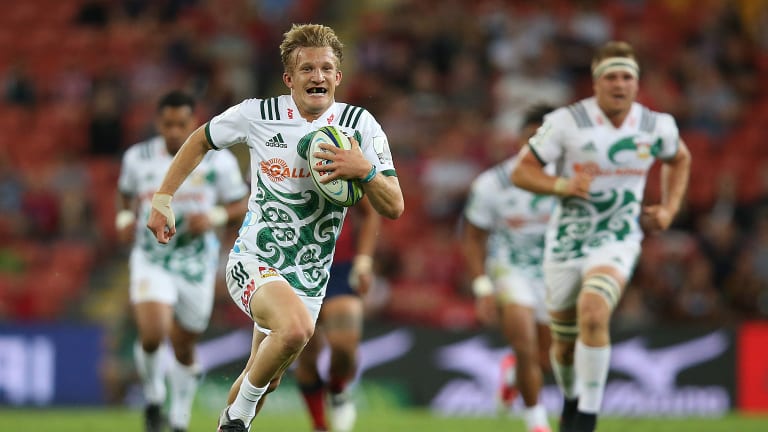 Free roaming: Damien McKenzie on the run with no Reds in sight.

But the Reds, who lost skipper James Slipper through injury in the first half, rallied to save face in the second, with Samu Kerevi scoring two tries before a late Samisoni Taukei'aho five-pointer sealed a crucial Chiefs bonus point.

It was the 35th consecutive loss by an Australian Super Rugby club to a New Zealand side as the Chiefs improved to 6-2.

The result completed a limp 24 hours for Australian rugby after the Waratahs were held scoreless for the first time in a dismal 29-0 loss to the Lions in Sydney on Friday night.

But it got ugly fast as Canadian Tyler Ardron scored and fullback Charlie Ngatai ran through untouched for a 17-0 lead in as many minutes. 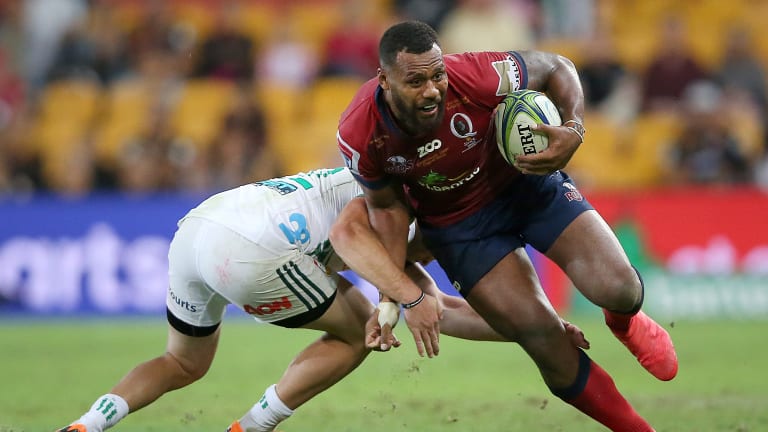 Solomon Alaimalo dropped the ball over the line after another McKenzie break but even the flyhalf's early departure soon after thanks to a head knock didn't slow the visitors.

Knock-ons, slow service, poor kick choices and hesitant defence didn't help the Reds as All Blacks lock Brodie Retallick barged over for another.

Aidan Toua capped a forgettable first 40 minutes for the Reds by throwing a pass over the sideline when the tryline beckoned.

Substitute George Smith's first appearance of the season after December back surgery did help the Reds hold their ground in front of 14,002 fans.

Caleb Timu shook off a big hit to be awarded what appeared to be a clever Reds try when he reached out and planted the ball on the upright's padding.

But, in a scenario that coach Brad Thorn could only offer a wry smile to, the decision was reversed when big screen replays showed he had knocked on just as Jono Lance was lining up the conversion.