Home » Sport » So close, but Matildas must take World Cup lessons from defeat

So close, but Matildas must take World Cup lessons from defeat 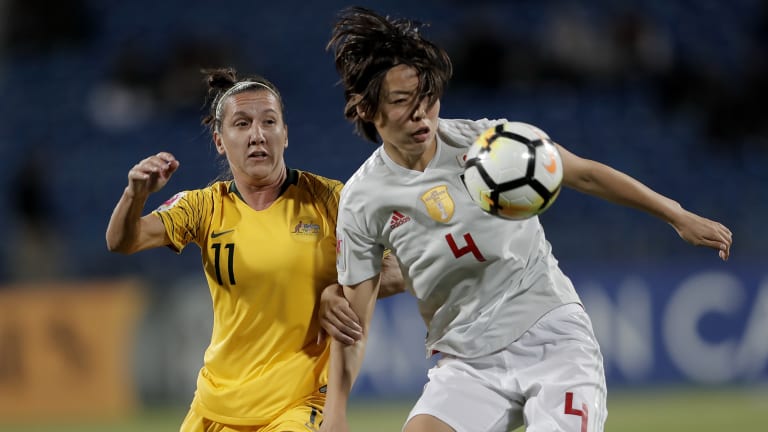 So near, but yet so far.

Agonisingly far, as the Matildas crashed to a single goal loss to Japan in the Asian Cup final after dominating much of the 90 minutes in the final in Amman, Jordan.

Alen Stajcic's team had their chances. Plenty of them.

They took the game to the reigning Asian champions, hit the woodwork, created numerous opportunities but failed to convert. They were thwarted by a mixture of their own errant finishing and the heroics of Japanese goalkeeperAyaka Yamashita.

The latter even managed to save a first half penalty, diving to her left to stop Elise Kellond-Knight's spot kick in the 15th minute: such was the Matilda's superiority at that point that had that goal gone in, it is hard to see them not going on to score again and probably win. 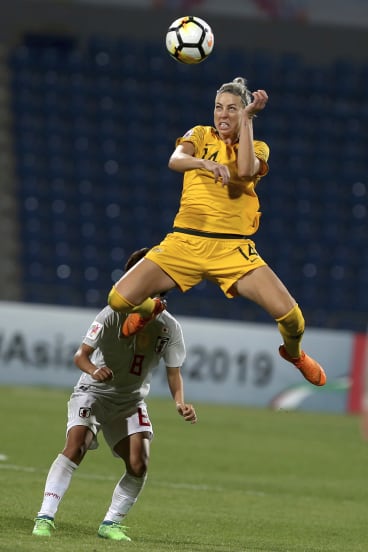 But poor finishing, the problem that has plagued them throughout this tournament, came home to haunt them when Kumi Yokoyama came off the bench to score a later winner.

The fact that it was a quality finish, with terrific approach work by the forward and an unstoppable shot from inside the penalty area will be of little consolation to the disconsolate Australians who must now regroup and set their minds to the next task ahead – the Tournament of Nations mid year.

There were plenty of lessons to be learned from what will feel like a failure, but there is one upside in that the Australians at least cemented their place at the next Women's World Cup in France in 2019.

This was a disappointing tournament even though Australia reached the final. But that reaction is in many ways a measure of the expectations created by Stajic's team, which is always tipped to be involved at the business end of tournaments nowadays.

The Matildas left their best until last but they were not that impressive in the early stages and scraped into the final, so the football fates were in some ways getting even.

Australia drew with South Korea and Japan in the group stage and only just got past Thailand in the semi-final, needing an Alanna Kennedy stoppage time equaliser to force extra time before winning on penalties.

And this a Thai team they had thrashed 5-0 in a pre-tournament match. Only in the 8-0 triumph over group easy beats Vietnam did Australia discover anything like that firepower.

That said, runners up is nothing to be scoffed over. It's just that expectations are now so high that it feels like a disappointment.

Still, it's a timely reminder that, if you don't take your myriad chances, your opponents will very often make you pay for your profligacy – a handy lesson to have confirmed as the World Cup looms next year.