The former Intercontinental Champion, 32, left the company in 2016 to begin work on the independent circuit. 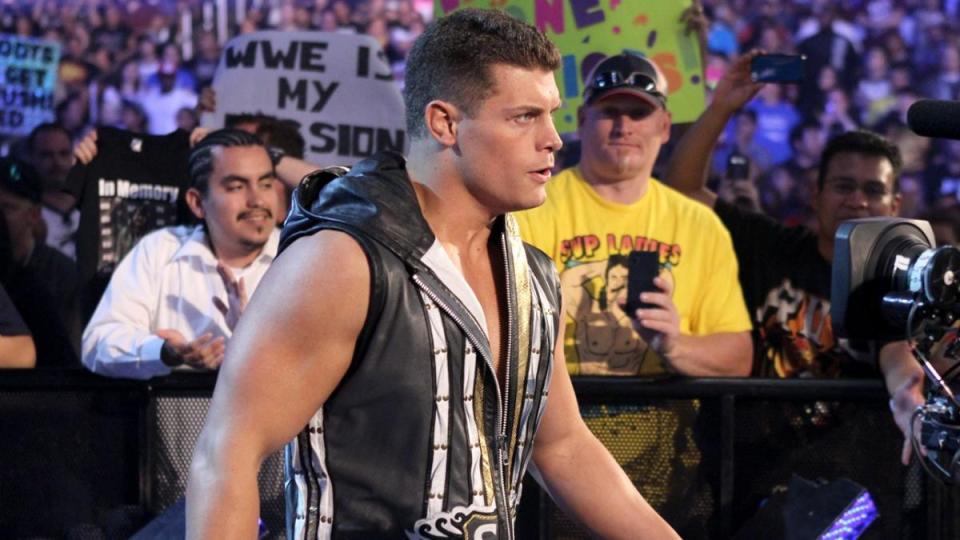 And the star, son of WWE Hall of Famer Dusty Rhodes and brother to Dustin “Goldust”, has enjoyed a stunning run of success since his departure.

Rhodes has held the Ring of Honor World Title, wrestled at the world famous Tokyo Dome and is currently promoting and running his own arena show.

But like anyone that has ever left Vince McMahon’s company, the inevitable question of “would you ever return?” always pops up.

And Rhodes was asked this during a recent Twitter Q&A with his followers. 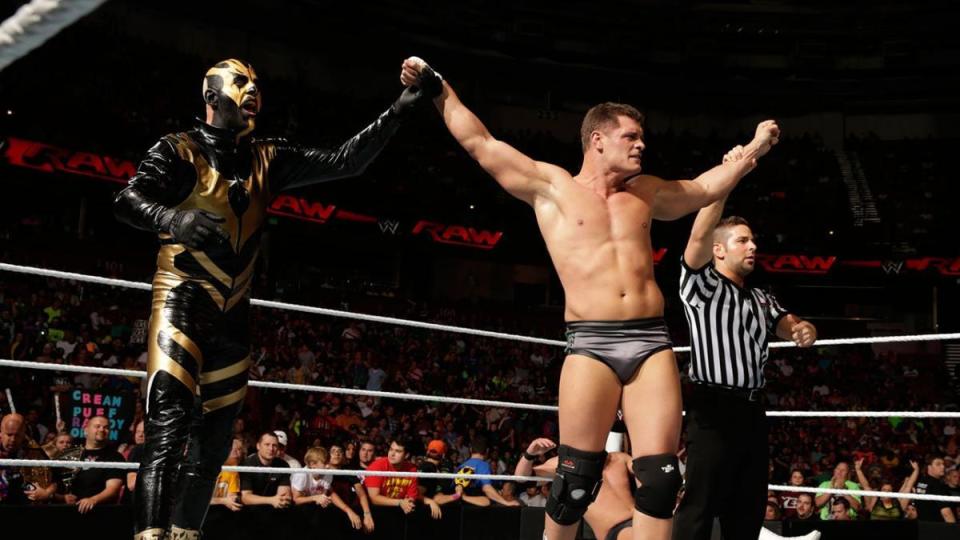 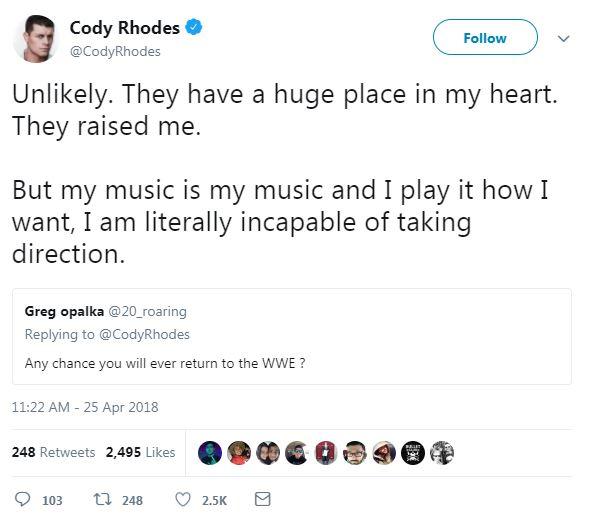 He replied: “Unlikely. They have a huge place in my heart. They raised me.

“But my music is my music and I play it how I want, I am literally incapable of taking direction.”

GREATEST ROYAL RUMBLE Start time, match card and all the other info

Rhodes left WWE after playing the role of “Stardust” for the latter part of his run in the company.

He debuted on the main roster of Raw back in July 2007 and also held the tag belts on six occasions.