In December, the son of British fight legend Nigel was in a thrilling war with unfancied Frenchman Cedric Peynard that could have cost him his undefeated record. 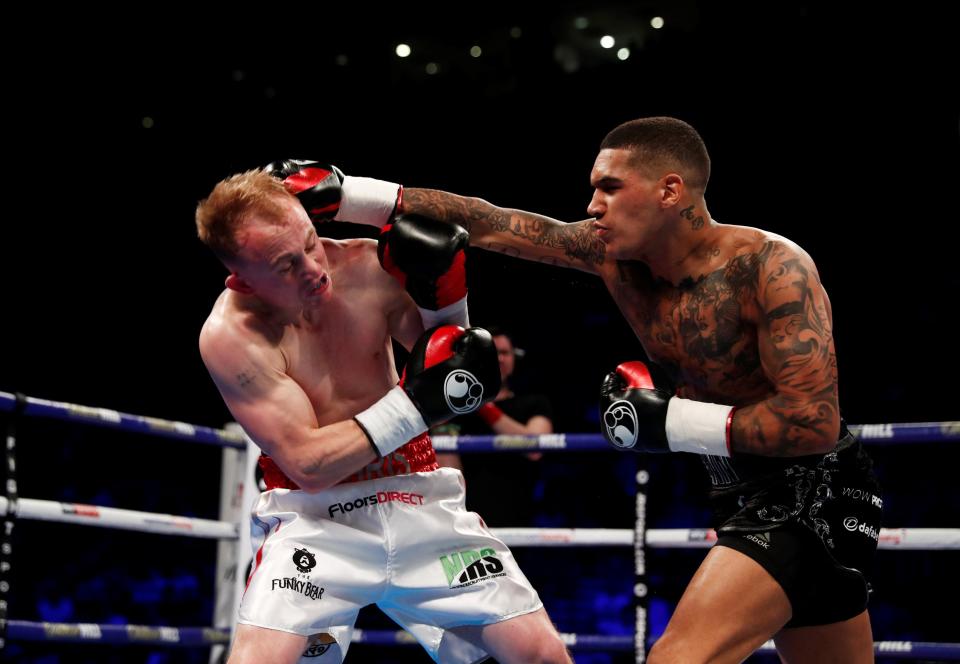 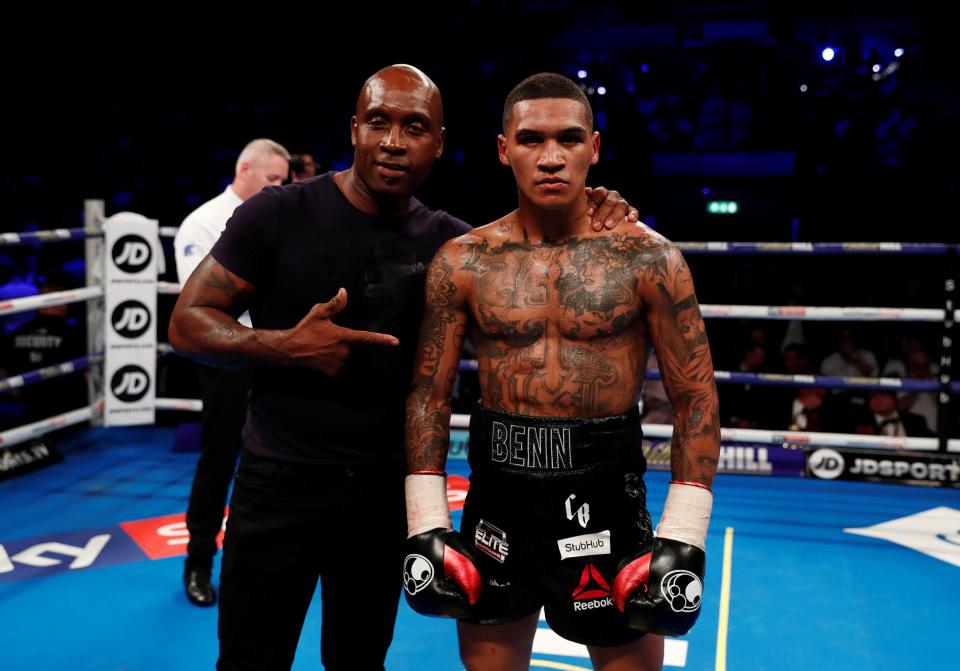 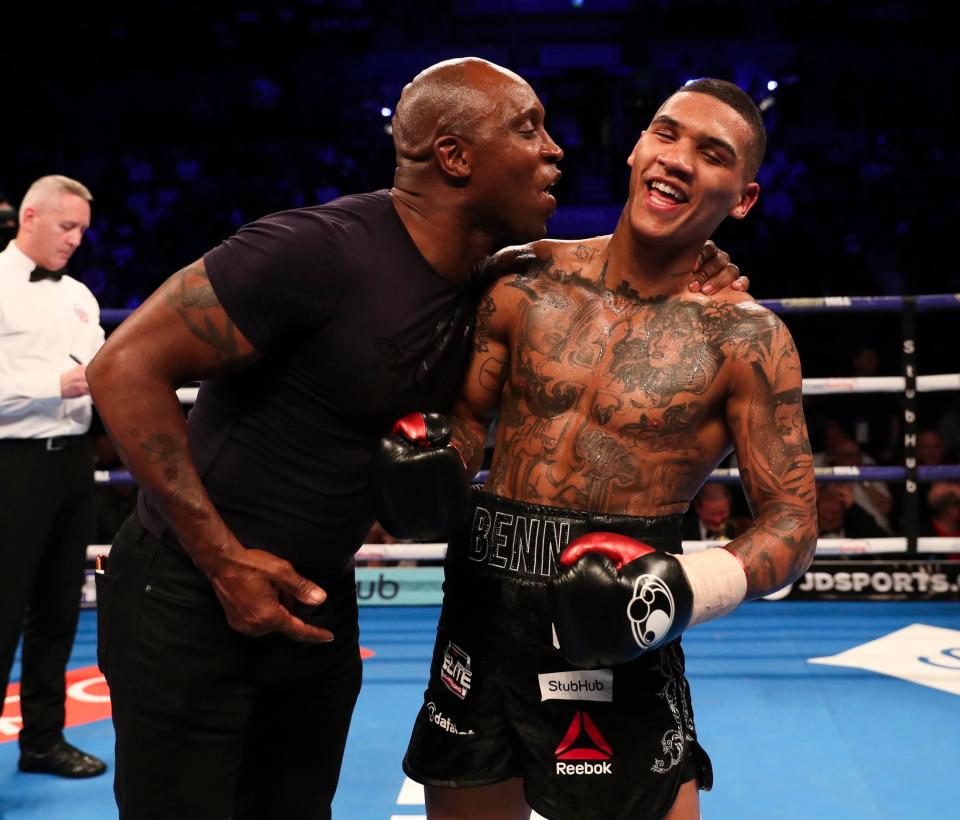 Benn was down twice at York Hall and could have been stopped by a more cautious referee but he battled back to nick it on points.

The 21-year-old blamed the poor performance on an allergic reaction he had to getting his BEARD DYED in New York earlier that week.

But – after swapping barber – he got another stoppage win in his 12th fight to keep dad happy.

The Ilford man got on his jab in the opening round and escaped without any of the chaos of his last fight. 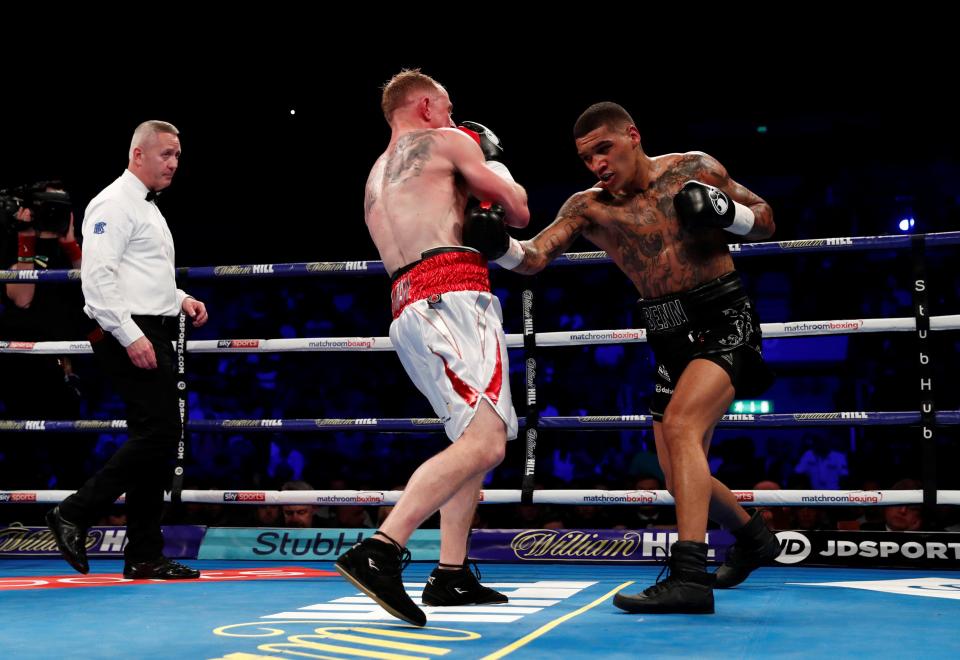 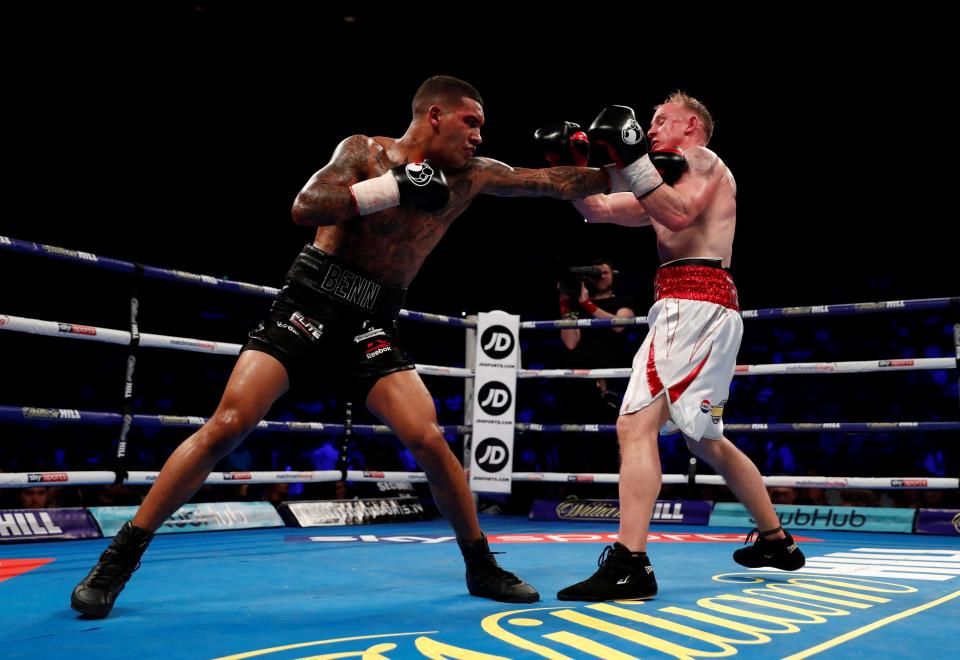 In his Mike Tysonesque kit – all black shorts and boots and no socks – Benn looked fearsome and appears to have added to his extensive tattoo collection in his brief ring absence.

The second round was battled in the pocket, a Benn left hook to the head connecting sweetly.

But as long as he puts himself in these dogfights he is always going to run the risk of getting caught and stunned.

There was barely a jab thrown in the second period but fans of the Brit always get their money’s worth. 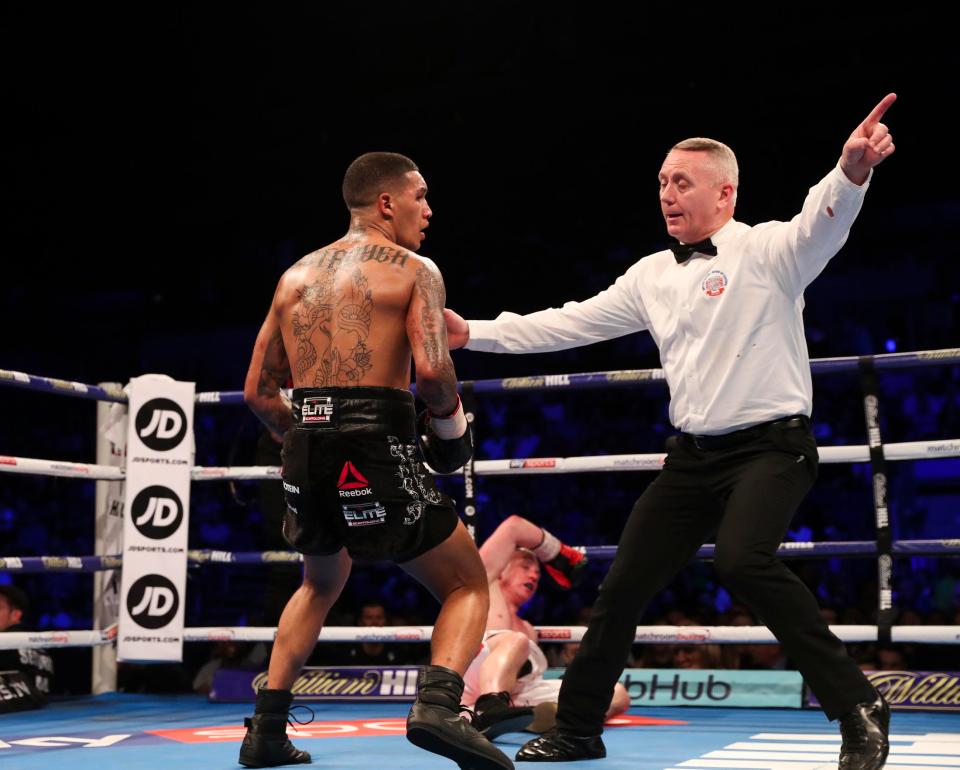 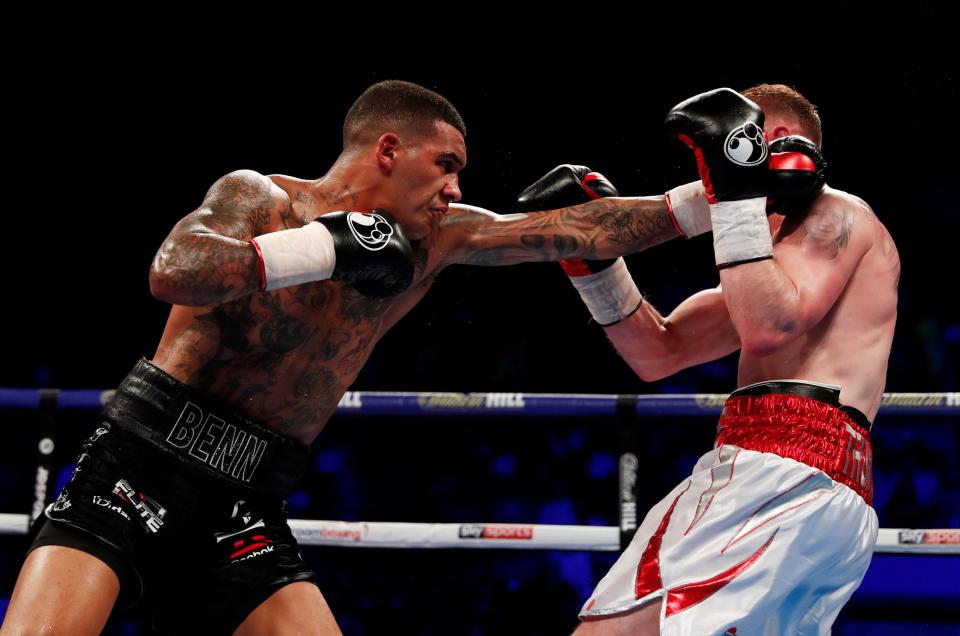 Brave Brummie Truman worked Benn in the third but the 33-year-old looked most vulnerable when throwing the first punch and offering Benn an opening.

Benn suffered a cut in the bout, most likely as a result of the rutting and butting of heads going on in the centre of the ring.

Truman’s gumshield was punched out of his mouth and onto the floor in the fourth round and he swiftly followed it south.

A big left uppercut dropped the man nicknamed ‘The Trumanator’ – who has now lost his last five fights and might have to rethink his moniker.