Cricket review to include better conditions for touring nations

World cricket's behavioral overhaul and elusive search for playing the game in the right spirit is set to even extend to the facilities and conditions offered to visiting nations.

While International Cricket Council chief executive Dave Richardson has flagged heavier sanctions for misbehaving players, a point the players' union has taken umbrage at, it can also be revealed governing bodies will be expected to treat each other better and dismiss notions they are "enemies". 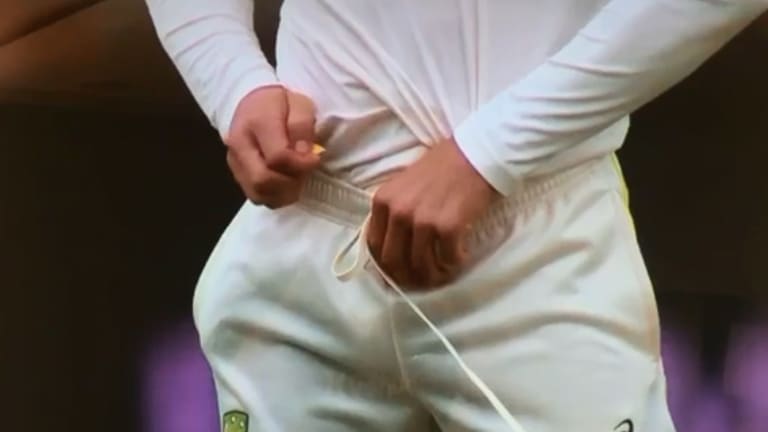 In wake of this week's ICC meetings in India, Richardson has told member nations cricket was not a "war" and it's not only players who must change their ways.

The ICC review, to be chaired by former India captain Anil Kumble, is separate to the two reviews being conducted by or on behalf of Cricket Australia, one into the culture of the Australian team and players, and the other a broader dissection of the organisational and governance factors that contributed to the ball-tampering affair in South Africa.

Richardson was outraged by the events in South Africa which led to Steve Smith and David Warner being suspended for a year and Cameron Bancroft for nine months by CA – only Smith was suspended for a Test under a weak ICC code at the time – and the ugly spat between Bangladesh and Sri Lanka in a Twenty20 clash, which sparked widespread condemnation.

"The biggest eye-opener, as we have said a number of times, was the public reaction to some of the incidents that have happened in recent times and the thought that, hold on, the spirit of cricket was something that belonged to a bygone age has been almost ridiculed and the public has let us know in no uncertain terms that it is integral to the future of the sport," Richardson said.

"With that in mind, both the chief executives and the board have given direction, we will be forming a review group … the general direction is that we need to impose stricter and heavier penalties for ball tampering and other offences which are indicative of a lack of respect for the game, either for your opponent, the umpires or the fans, really. That's one step – making sure the penalties are more severe and much more of a deterrent to discourage poor behaviour in the first place.

"Secondly, to go along with that, in parallel, is to try and develop a culture of respect so the spirit of cricket – what does it actually mean, no one is really sure. But if we say we want people to be respecting the game, their opponent, the umpires, the media, the fans, now we begin to realise what we are trying to achieve.

"I think that's going to be applicable on the field, the players, but also off the field, in the boardrooms, how we treat each other as members. When a team arrives in a particular country, what sort of facilities are we giving them? Are we treating them as honoured guests or as your enemy in a war. We play cricket, we don't work or fight cricket."

In a bid to gain the upper hand, rival nations have often provided touring nations poor practice facilities or pitches in warm-up matches different in manner to what was expected in Tests. Australia has encountered this overseas but New Zealand's warm-up clash at Blacktown Oval in Sydney's west had to be abandoned in 2015 because of a pitch concerns.

Providing weak line-ups in warm-up matches has been a long-time tactic of all countries, something which England encountered last summer. A lack of warm-up matches has also been an issue but that can be attributed, at times, to a congested international schedule.

The ICC did not say if there would be penalties if countries failed to deliver adequate practice facilities.

The players' union, the Federation of International Cricketers Associations, is "encouraged" by the review into the sport's culture but chief executive Tony Irish fears it will focus too greatly on players.

"FICA is concerned that the main published focus of the ICC review appears to be stricter and heavier sanctions on players. The players are a product of the professional and organisational environments they operate in, and any global review and process should not simply focus on player sanctions," FICA said in a statement.

"A genuinely collaborative negotiation of codes based on reciprocity with those who run the game, coordinated global education, and syncing of international and domestic processes where possible, will all be important to the success of overall measures."