The pair are set to to shake off the ring rust at the BT Sport Studio in Stratford, with Joyce taking on Germany’s Michael Wallisch in a 10-round bout on July 25 and Dubois facing Hamburg’s Russian-born Erik Pfeifer on August 29.

Assuming there are no major upsets, the two undefeated Londoners will then face-off against each other on October 24 at London’s O2 Arena in a clash that has already been postponed twice because of the coronavirus pandemic.

Sharing the full story, not just the headlines

“Daniel and Joe returning is obviously huge, headline news and scheduling these fights reflect our growing confidence that Daniel and Joe will be able to finally square off on October 24,” promoter Frank Warren said. “I spoke to both teams and they both said that as it looks like we’re going to finally do this in October, they’d like tune-up fights first. Thankfully, BT liked the idea and here we are.

“Daniel hasn’t boxed since December and Joe will have been out for an over year. These fights will sharpen them up and I’m sure they will deliver knockout performances that will get fans even more excited for October. For Erik and Michael it’s a chance to cause huge upsets.” 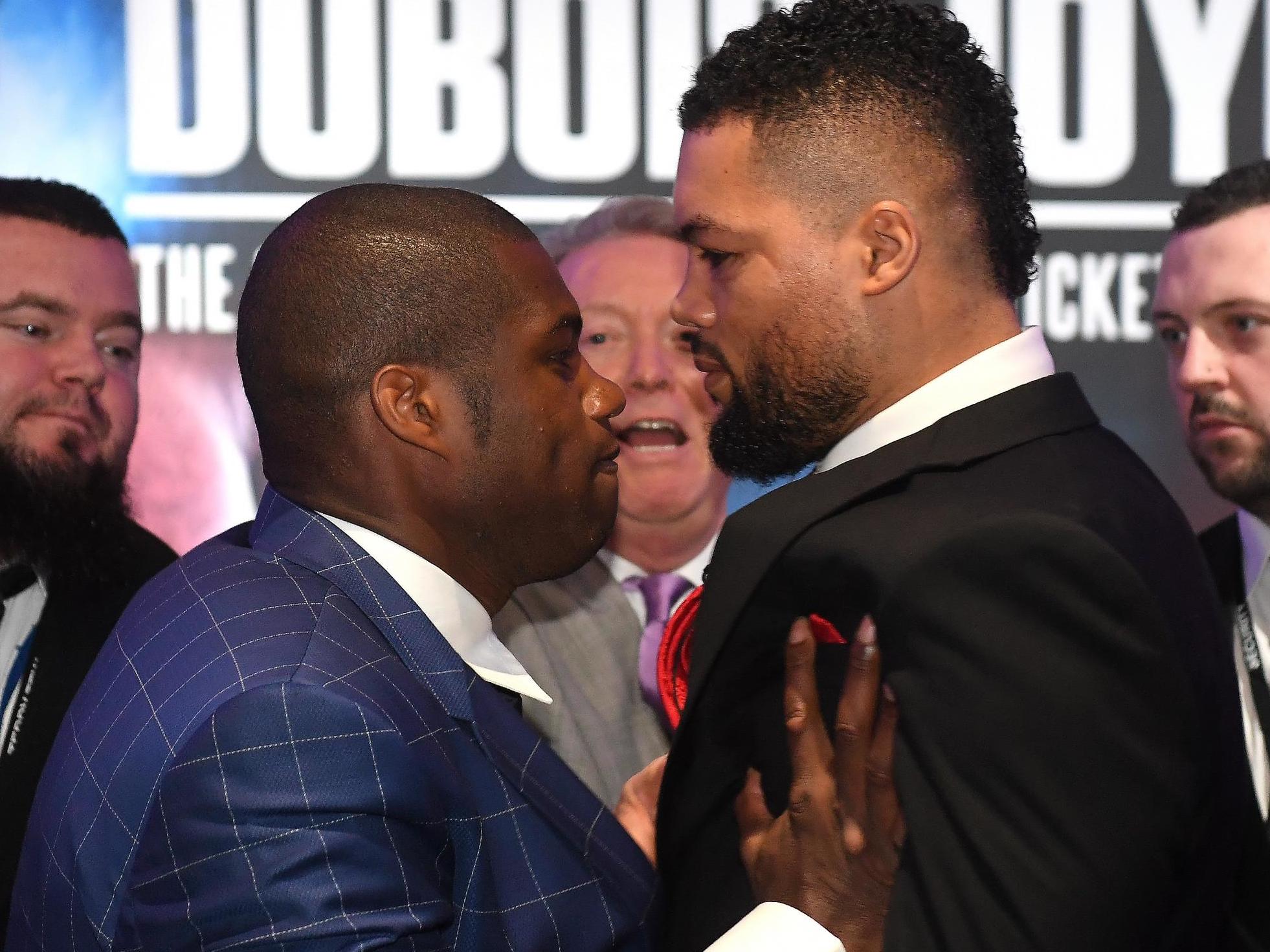 British boxing is set to return this Friday under Warren, who is staging five shows behind closed doors at the BT Sport Studio. Joyce (10-0, 9KOs) will headline the second event and Dubois (14-0, 13KOs) the final summer show.

Dubois’ opponent Pfeifer has won all seven of his paid contests while Wallisch (20-3, 13KOs) is a more seasoned option for Joyce, who will be trained by Steve Broughton but is expecting to reunite with highly-respected coach Ismael Salas for the meeting against his bitter rival.

Joyce said: “There is a bit more pressure on with Dubois in October. I just have to avoid injury, make sure I look good against Wallisch, get myself back into the flow of things and go into the Dubois fight in the best shape possible.

“I can’t get Ismael into the country for this fight because of coronavirus, but I have Steve Broughton looking after me.

“After the Wallisch fight I am hoping to be able to go to Las Vegas to train with Salas or get him over here to prepare me for Dubois.

“If we can go to the Vegas next month, I will only ever be in the gym or at the house so the environment will be enclosed.”