Dates revealed for Canberra Test between Australia and Sri Lanka

Fairfax Media can reveal Cricket Australia is poised to announced the dates for the summer of cricket as early as Friday, with officials putting the finishing touches on the schedule. 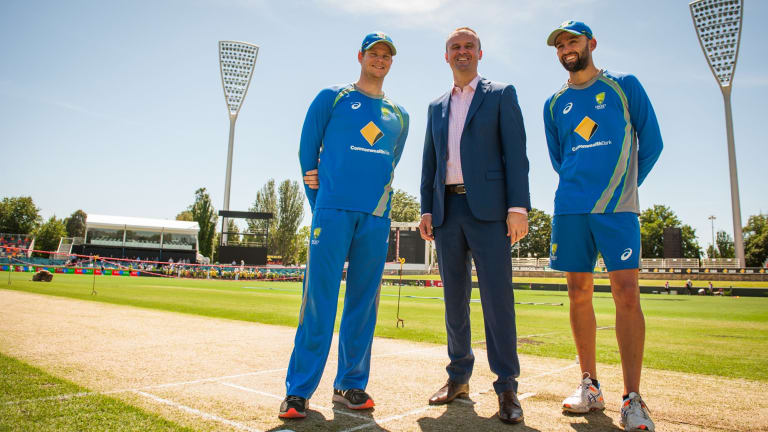 Andrew Barr with Steve Smith and Nathan Lyon before a one-day international in Canberra.

It will be the first time Australia has played a home Test so late in the summer since 1998 and is a bonus for Cricket Australia's $1.2 billion broadcast deal with Channel Seven and Fox Sports.

Channel Seven has the rights to the Australian Open for one more year and the extended summer of Tests has caused a schedule headache for officials.

The tennis has been Channel Seven's marquee event and the network will be determined to go out with a bang when the tournament finishes on January 27.

The timing of Canberra's cricket content will ensure the capital gets bang for its buck in terms of national exposure when the city hosts its first international Test.

Cricket Australia is still ironing out the kinks of its six-Test summer and working with its new broadcast partners to reach suitable agreements for all parties.

India's governing cricket body, the Board of Control for Cricket in India, has thrown a spanner in the works by reportedly rejecting the proposal for a day-night fixture in Adelaide.

Cricket Australia is hopeful the popular day-night Test in Adelaide will go ahead but the BCCI is holding firm on its preference to avoid a match with the pink ball.

Canberra's fixture is set to be played in traditional day-time hours during the hottest period of the summer.

But Cricket ACT officials are confident the match will have massive pulling power in Canberra and the surrounding regions, as well as travelling Sri Lanka fans.

There have been initial plans to postpone all Cricket ACT competitions on days two and three of the Test to ensure the 14,000 strong cricket community has an opportunity to attend the match.

However, Cricket ACT is waiting for Cricket Australia to confirm its schedule, any changes earlier in the summer to affect when the Canberra match will be.

"We are working through the details [of the schedule]. We will announce it when we announce it," a CA spokesman said.

The schedule will also likely include the Prime Minister's XI match, which is set for a major boost when it returns to live television as part of the $1.2 billion broadcast deal.

The Test will be the final element of a four-year deal between the ACT government and Cricket Australia to have international matches at Manuka Oval every year since 2015.

The deal hit a major hurdle last year when Cricket Australia's schedule did not allow for an international match in Canberra, but the void was filled by a Big Bash League Twenty20 contest in January.

Canberra will only have the opportunity to host Tests in the future when there are six Tests in a home summer, and could operate on an alternating arrangement with Tasmania. 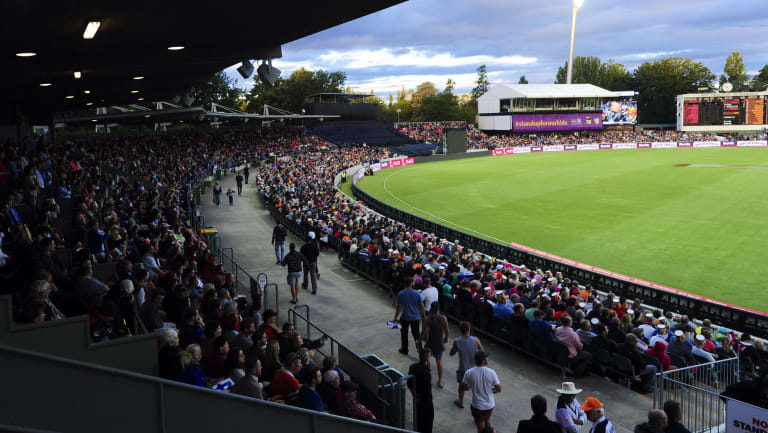 It's understood the government is keen to bundle international content with Big Bash exposure to maximise content for the future. But the struggling one-day international format could also be an option given 50-over games are struggling to draw crowds at larger venues.

The government allocated $11.6 million in the 2017-18 budget to build a four-storey media centre at Manuka Oval, which was required for the venue to be eligible to host Test cricket.

The government will have to make several upgrades to the ground, as well as hiring a second big screen for the match.