Jason Day and Adam Scott have plenty to play for during the final round of the Players Championship, despite Webb Simpson grabbing the largest 54-hole lead at TPC Sawgrass.

The Australian former world No.1 golfers were left in Simpson's wake as he tied Greg Norman's 1994 three-round scoring record of 19-under-par 197, courtesy of a four-under 68 on moving day. 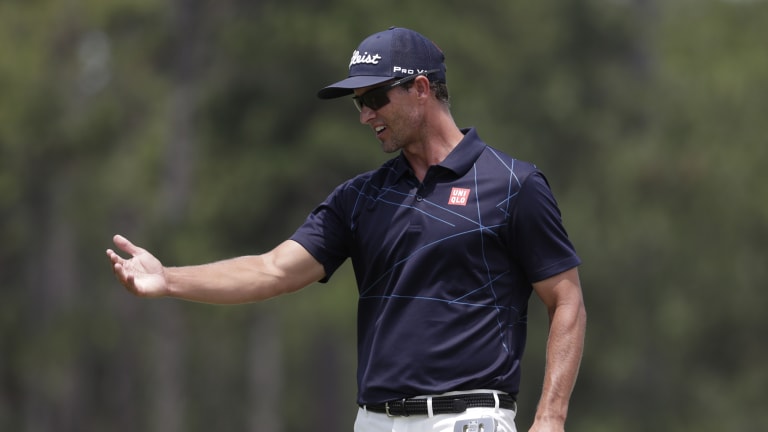 Work to do: Adam Scott will need to produce a miracle on the final day at The Players Championship.

World No.7 Day was unable to reel in Simpson and a 71 left the 2016 winner of The Players sharing fourth at nine under, 10 shots off the pace.

But Day, who won last week's US PGA Tour event in North Carolina for a second title this year, says he isn't any less motivated as he eyes a return to the top of the rankings.

"Definitely; the end goal is to get back to No.1," Day said. "If Webb runs away with it, there's still second place. It sucks to be second at times, but I've got to keep chipping away at (No.1) because they are all stepping stones to the bigger picture."

Day's countryman Scott also has one eye on the world rankings. Scott (72) and countryman Marc Leishman (67) were next best of the Australians at seven under. 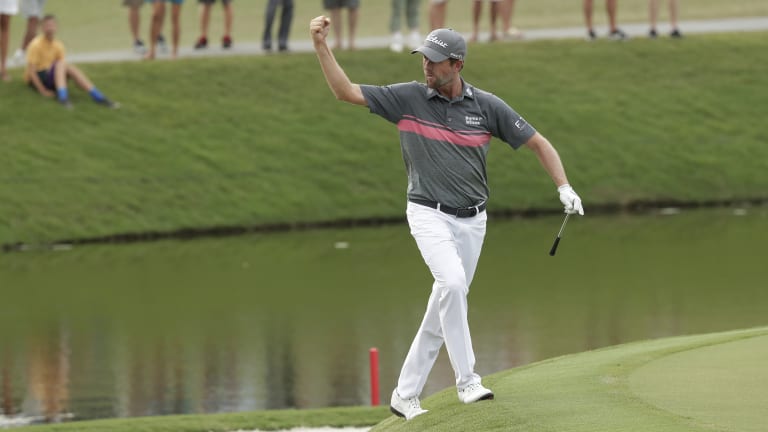 In the bag: The Players is Webb Simpson’s to lose on day four.

Having dropped to world No.71 without a win in two years and a top 10 result in almost 12 months, Scott faces a month-long battle to qualify for the US Open.

The 37-year-old needs to sneak inside the world's top 60 golfers in time for the May 21 and June 11 deadlines if he wants to avoid teeing it up in sectional qualifying.

"Absolutely, I've got a lot (on the line)," Scott said of the final day at TPC Sawgrass. "I will probably need a top 10 this week and next to get myself into the US Open, but if I can swing it the way I did the first two rounds this week it's definitely within my reach."