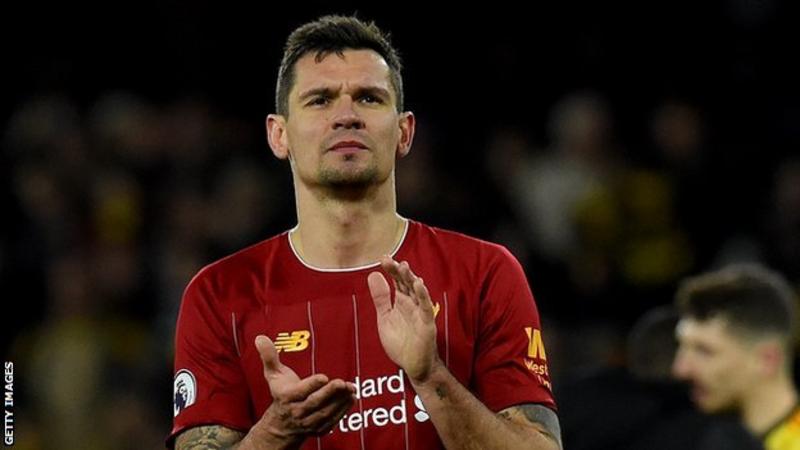 Zenit St Petersburg have signed defender Dejan Lovren from Liverpool for £10.9m on a three-year contract.

The Croatia centre-back, 31, has joined the Russian club after playing in 10 Premier League games this season for champions Liverpool.

Lovren, signed from Southampton for £20m in July 2014, also helped the Reds win the Champions League in 2019.

He scored five goals in 131 league appearances for Liverpool but played just three times in 2020.

Lovren also helped Croatia reach the 2018 World Cup final, where they lost 4-2 to France, and has 57 caps for his country.

His Anfield contract ran until June 2021 and the club had an option to extend it by a year.

“He was absolutely a very, very important part of this team from the first day since I was in,” added the German, who took charge in October 2015.

Find all the latest football transfers on our dedicated page.