Discord inside the football 'family'

“Pauly may have moved slow, but it was only because Pauly didn’t have to move for anybody.”Henry Hill (Ray Liotta), Goodfellas

The football world, just like the real world, has a system of hierarchy. We have our government (AFL) and underneath that authority are the institutions we’re familiar with. From law and order (MRP) to the unions (AFLPA) and so on. And yes, like many societies, we have a mafia.

A bit like Ray Liotta’s character in Martin Scorsese’s masterpiece Goodfellas, I could never be a “made guy”. There are strict rules in place. The fictional Henry Hill had Italian and Irish blood, so he could never be a made guy, he could only aspire to be a worker for the mob. At 187 centimetres and playing from a flank, the football mafia would never make me a made guy. But I wanted to. I’ve been fascinated by them, in awe of them my whole life. 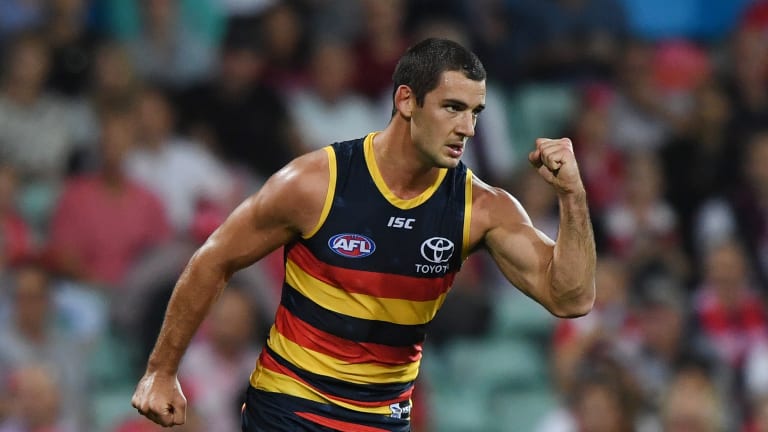 Taylor Walker’s efforts have come under notice of the football ”family”.

Our football mafia are not in the business of organised crime per se, although on occasion people do get whacked. But who are the mafia? Secret documents obtained by The Age have exposed this influential secret society and uncovered the structure that protects their top man. The Don. The Godfather. This organised football “family” are the key forwards of yesteryear. Correction, they are the key forwards who have proven themselves worthy. It’s an exclusive club.

Many of the members now take up influential positions in the media sitting on various football panel shows. The closely guarded secrecy of the mafia leads us to believe there are many other mobsters out there. I mean, it’s hard to believe Stephen Kernahan isn’t a senior member, and he keeps a low profile. This can be a hallmark of the top brass.

From the Don down to the consiglieres and caporegimes who work alongside soldatis (soldiers) in a carefully structured power pyramid, judgment is passed on the next generation of key-forward hopefuls, or “wise guys” as they are sometimes referred to. All wise guys want to become a part of the mafia because their legacy or reputation depends on whether they can become made guys.

What is the criteria to become a made guy? Well, you have to be big and you have to play full-forward or centre half-forward. You have to play with a physical presence and you must not show fear. Winning premierships helps and it will affect how high up you go in the food chain, but it’s not a deal-breaker.

All wise guys will be asked a question they have to answer over and over again. Are you a big-game player?

The Age can reveal recent events have caused some tension within this ancient organisation. One of their wise guys has split opinions within. The “Tex Walker situation” threatens to destabilise the mob, and it might take a sit down from the Don himself to sort it out.

A year ago, Walker looked as likely as any wise guy to be welcomed into the fraternity with open arms. He was voted the best captain by his peers two years in a row, and he was leading Adelaide  on a merry dance at the top of the ladder. He played well in the preliminary final and was on the verge of becoming a premiership captain.

Then it fell apart on grand final day in front of the mob. They were not pleased. It’s happened before; everyone can have a bad game and even the mob acknowledge that, but the question marks lingered throughout summer.

After a slow start in the season opener, the question was asked of Walker right away and he swiftly answered it with a stellar performance against the Tigers, only to put in a poor performance against the Magpies a few weeks later that included the cardinal sin of pulling out of a contest. All of a sudden, the oldest secret society in the game didn’t look so secret as many members voiced their disapproval, but Walker wasn’t without his defenders.

Jonathan Brown is perhaps the most ambitious of the mob and he was emphatic after the Collingwood game: “We’ve seen when he didn’t have presence in a grand final. Two weeks ago he had great presence against Richmond, but that’s not showing great presence as a captain.” Other members such as Dermott Brereton and Nick Riewoldt were critical too, but a little more circumspect.

With the eyes of the football world and the football mafia on Walker last Friday night in Sydney, he delivered. Four goals, a game-closing mark in defence and a massive win on the road for his embattled team.

Wayne Carey, who was calling the game, launched a spirited defence of Walker: “To all the people that knocked him for one bad game, he’s stuck it right up them.”

Kane Cornes bought into the debate and was dismissed by the consigliere Carey, as if with a quick flick of the wrist. That’s the power of the mob. Cornes should have known better.

The identity of the Don is still unknown to your columnist, but whoever it is, history tells us that a sit-down might be called to sort it all out. Instinctively, our eyes turn to Leigh Matthews at the top of the food chain.

Curiously, he was not a power forward, but that would be the perfect cover wouldn’t it?