If you ever attended an Anzac Day dawn service in the St George District over the years chances are you would have seen Matt Dufty.

From the age of six Dufty, whose junior club was Penshurst RSL, would be part of the march walking their banner down the street.

Now, the 22-year-old is preparing to play in his first Anzac Day game for St George Illawarra against the Sydney Roosters. It is just further evidence of how far the diminutive fullback has come in such a short space of time. 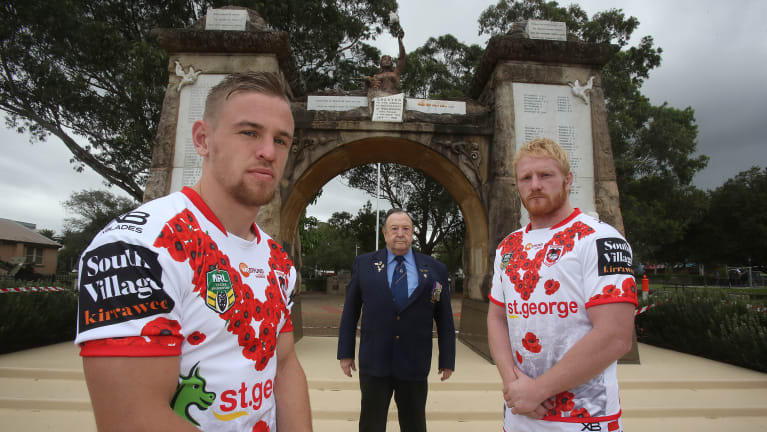 Lest we forget: Dragons’ Matt Dufty (left) and James Graham pay their respects with Doug Johnston at the Cenotaph in Wollongong.

"My junior club was Penshurst RSL so growing up ever since I was six I was part of the dawn services walking our little banner down the street of Penshurst, Oatley and Mortdale because it changes every year," Dufty said. "I try to go to a dawn service every year because respect is something that I hold as a high value."

The Dragons take on the Roosters looking to bounce straight back from their first loss of the season against the Warriors on Friday night. They remain top of the NRL table but have to deal with what is essentially a three-day turnaround factoring in their travel day back from New Zealand on Saturday, while the Roosters enjoyed an extra recovery day having downed Canterbury on Thursday night. 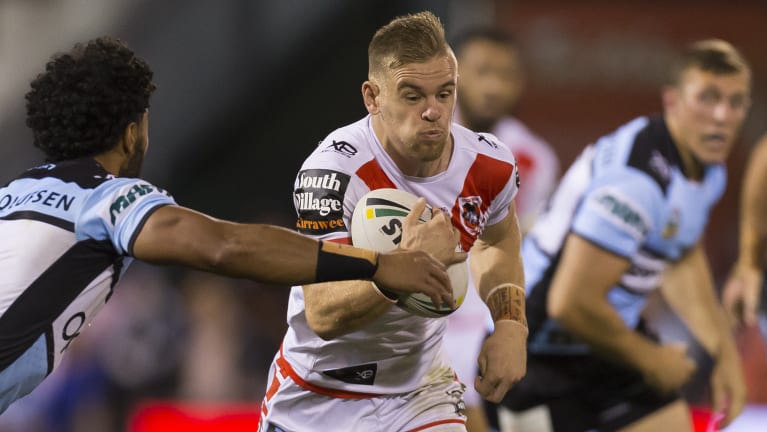 Special day: Dufty is keen to take his impressive form into the Anzac Day match.

Dufty has been to almost every Anzac Day game since he was nine-years-old. A boyhood Roosters fan, Dufty would head into Allianz Stadium to cheer on the Tricolours with his dad. Now his allegiance is firmly to the red V. And his first Anzac Day game as a player is an occasion he does not want to let pass by.

"To finally be a part of one is something special," he said. "It was one of the biggest games of the year so obviously to go out and watch the helicopter bring down the ball and whatever else was pretty cool. The planes flying over the top, I remember it all. So to finally play in one for the Dragons is something I always dreamed of as a kid. 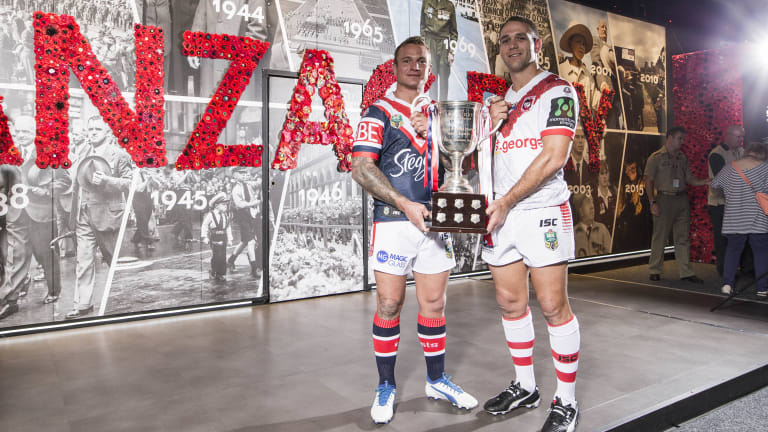 Spirit: Roosters’ Jake Friend and Dragons’ Jason Nightingale hold the trophy that honours the memory of the Anzacs.

"It’s one game where everyone comes out and gives it 130 per cent. Both teams want to win and do the fans proud because it’ll be a packed house. It always is. And it’s one of the biggest games of the season besides State of Origin and semis.

"It’s one game that all players, fans and everyone in the rugby league community gets up for. We know both teams are going to bring something special."