The Frenchman was just 18 when Arsene Wenger handed him his first-team debut at Monaco. 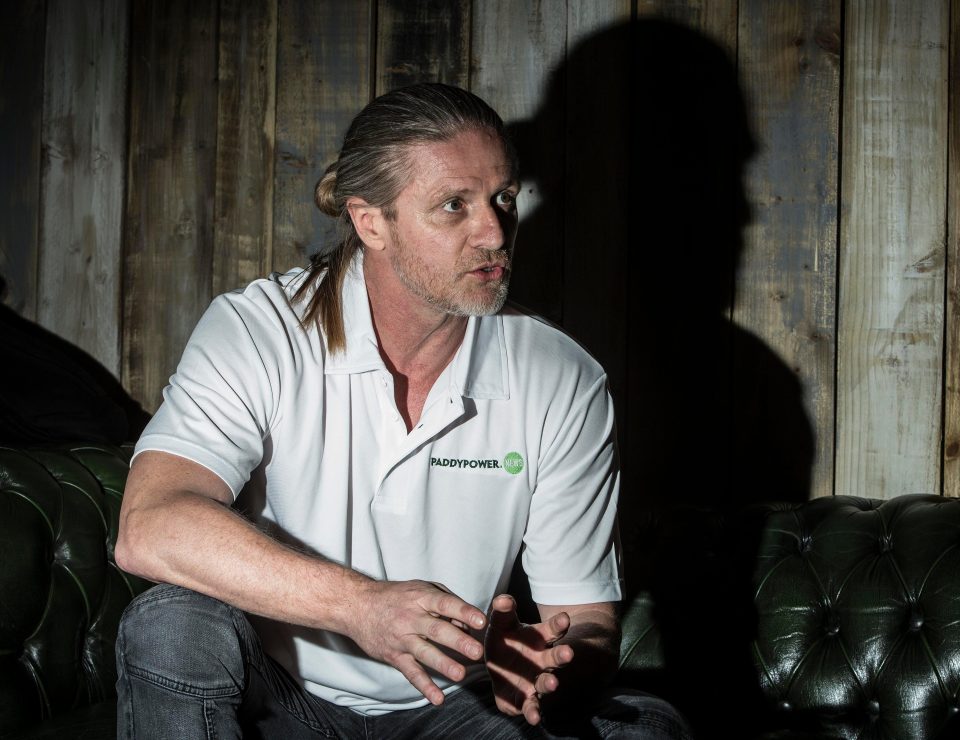 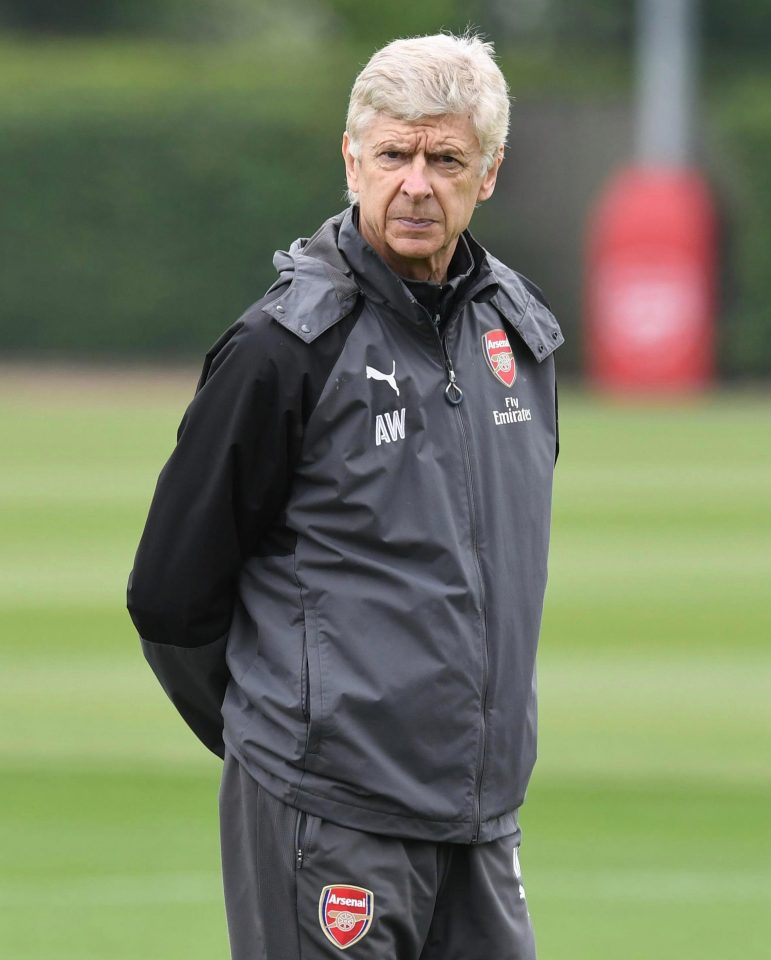 And Petit admits he was instantly besotted by the boss who would take him to Arsenal, where they won the Double in 1998.

Ahead of Wenger’s final game in charge at Huddersfield today, Petit said: “Arsene gave me my first opportunity when he brought me up from the Monaco academy.

“I fell in love with him straight away because I thought, ‘This guy talks the way I like to be talked to — he is human’. 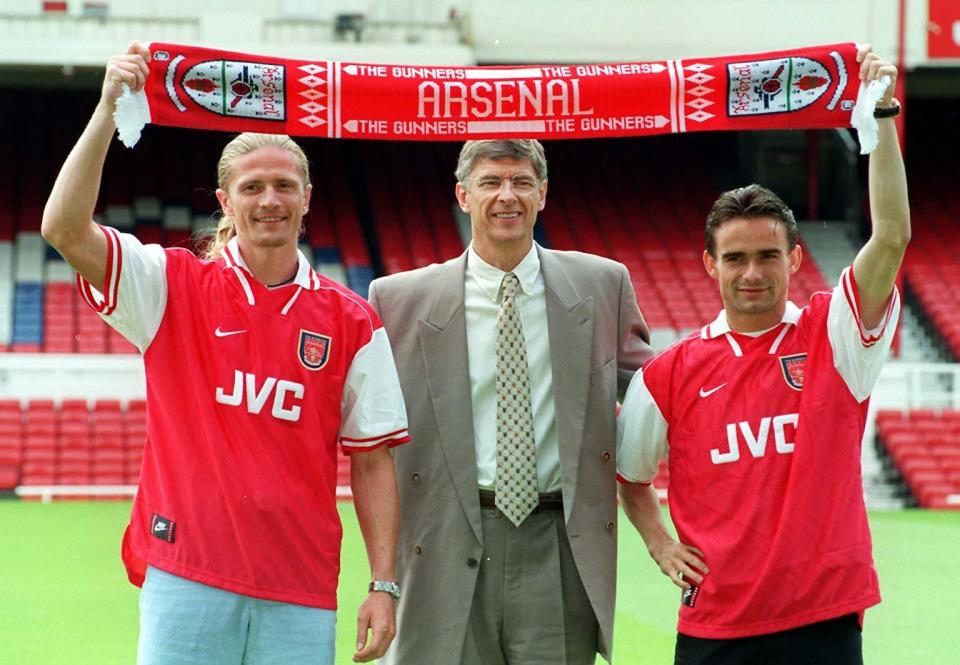 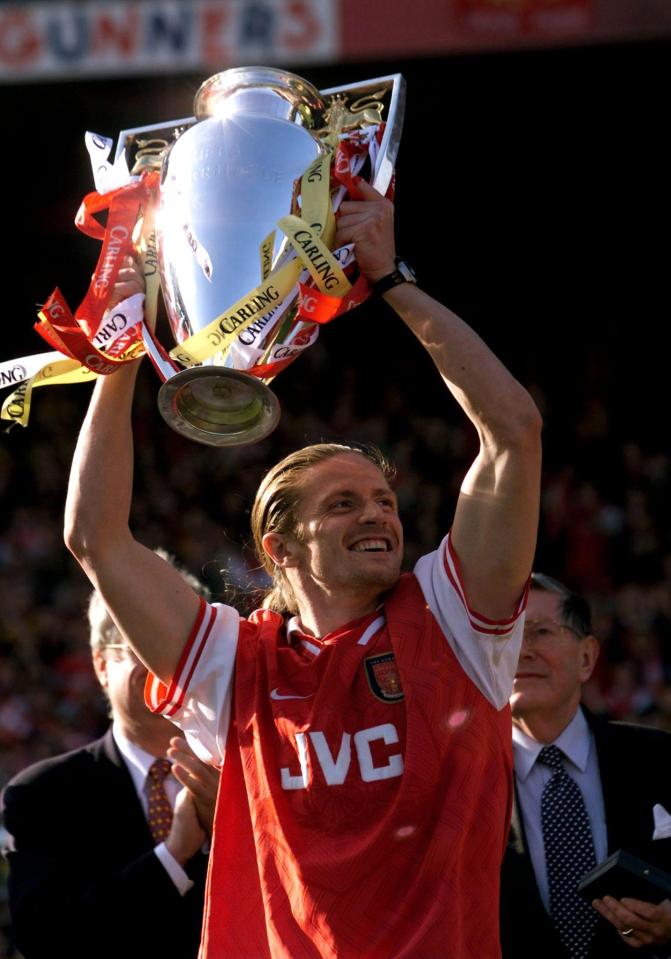 “He knew he had to work on the human being before working on the footballer.

“He started as my coach but, after a few years, he also became a friend.

“I have so many stories about Arsene that show this is a great man.”

Petit thinks back to March 1989 to give an example of Wenger’s human touch — revealing his manager ENCOURAGED him to go boozing and clubbing to get over grief.

At the time, the midfielder was struggling to cope with the loss of his brother Olivier, who collapsed on the pitch while playing for his club Arques and died with a blood clot on the brain, aged 20. It was almost a year later that Petit made his senior bow in a goalless Ligue 1 draw against Sochaux.

And the France 98 World Cup-winner will never forget the life-changing conversation he had with Wenger the day after his debut.

Sitting with SunSport in a studio in East London, Petit recalled: “I was a teenager who was very silent. I was fighting with my own demons all the time.

“I remember the first game I played with Monaco and I was playing in central defence.

“We drew 0-0 and I received so many compliments from the press.

“On the Sunday morning, I was doing my recovery at the training facility in Monaco, stretching, and Arsene came to me and said, ‘Can we talk?’.

“I thought he was going to talk about the game — how I played, what I need to improve.

“He did, but just for a couple of minutes. Then straight away he was focused not on the footballer any more, but on the person. 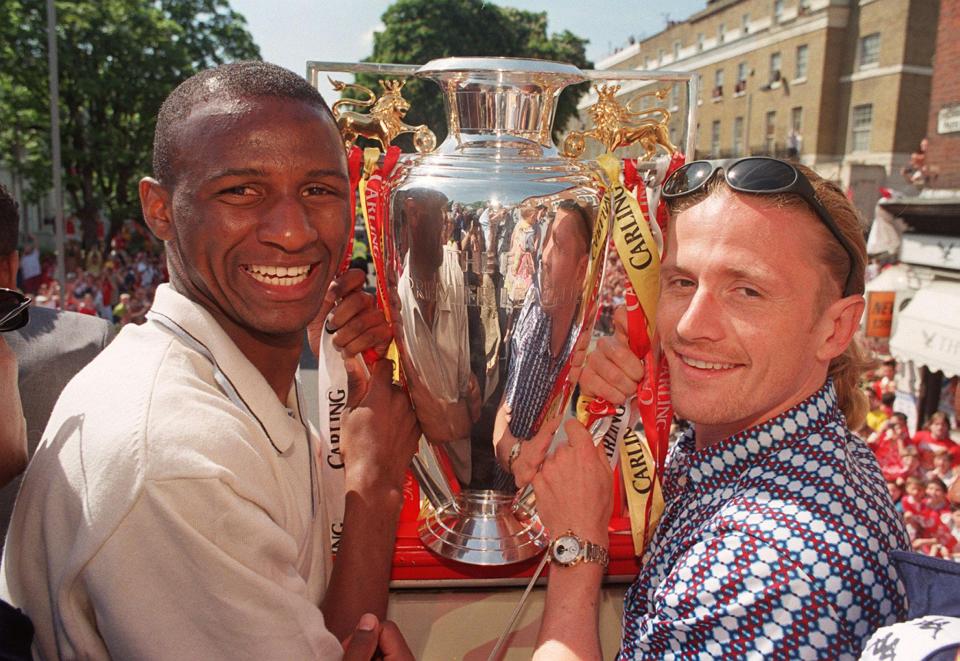 “He said, ‘Every morning I see you, you don’t look very happy, you are always wearing your earphones, listening to music, you don’t talk to anyone. He said, ‘You have a bright future in front of you — but you need to be happy if you want to improve as a player’.

“Then he asked what my normal day was. And I said I would wake up, have breakfast, go back home, have lunch, sleep.

“He said, ‘That’s the problem. You are 18, you should live your age. You need to have drinks, go to bars, nightclubs. Life is not dark.

“Life can be very beautiful if you look in the right direction’.

“After that conversation, I thought to myself, ‘I’ve never met a guy like him in football’.

“Normally the people you meet in football only concentrate on the game. They just care about results, so I was surprised.”

Petit played under Wenger until the French chief left to take charge of Nagoya Grampus Eight in Japan in 1995.

But the pair were reunited two years later at Highbury, when Petit signed from Monaco for £2.5million — just one part of the Gunners’ Gallic transformation. 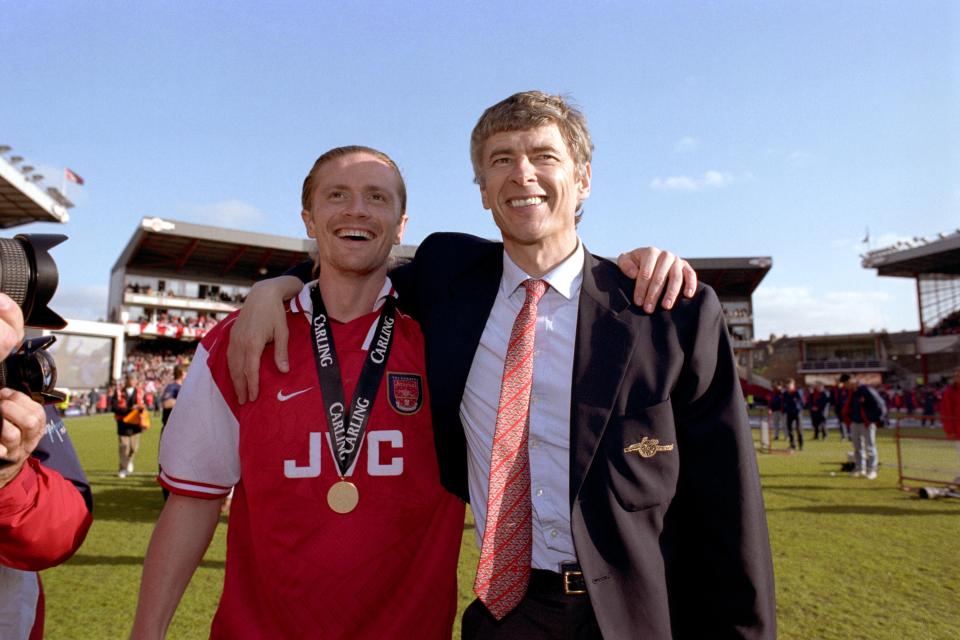 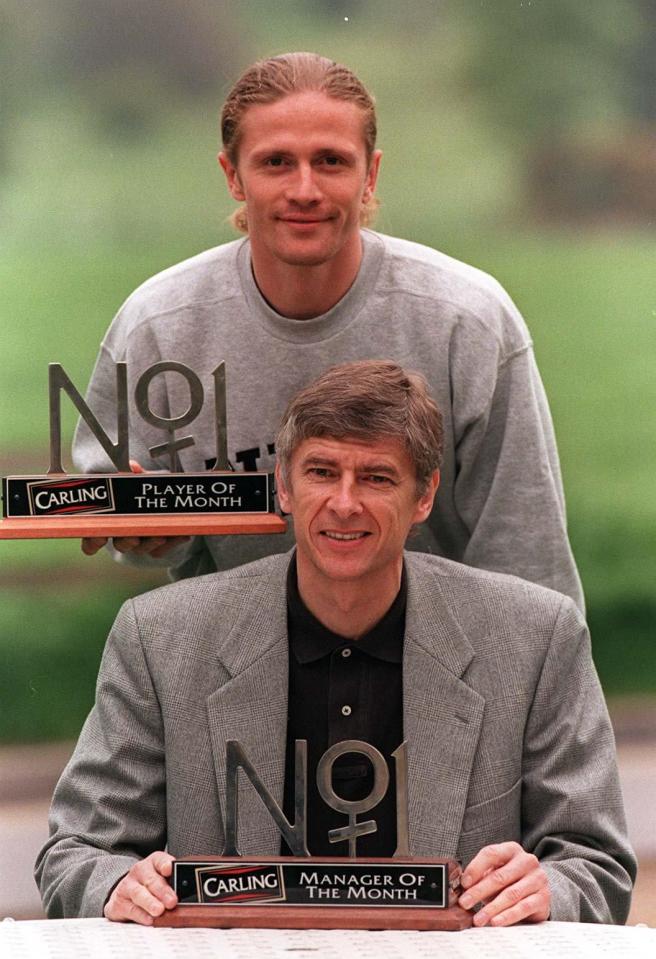 He said: “Back in the day, Arsenal were ‘1-0, boring Arsenal,’ ball in the air all the time, kick and rush.

“But, all of sudden, with the likes of Patrick Vieira, myself and the other French guys, you couldn’t play the ball in the air.

“It was French flair, technique, movement, the ball on the ground.”

Yet it was off the pitch where Wenger continued to impress Petit. He added: “We had a game in Birmingham and we went on the train. During the journey I was silent.

“Arsene saw it. He came to me and said, ‘What’s the matter?’

“I said to him, ‘I have big troubles in my private life. Football compared to this is nothing, it’s ridiculous’.

“I explained my problem. My second wife was pregnant and she didn’t want to keep the baby for difficult reasons.

“He said, ‘As soon as we arrive, I will ask the club to book a flight for you to go back to Paris. Sort out your own troubles and then come back’.

You are 18, you should live your age. You need to have drinks, go to bars, nightclubs. Life is not dark." 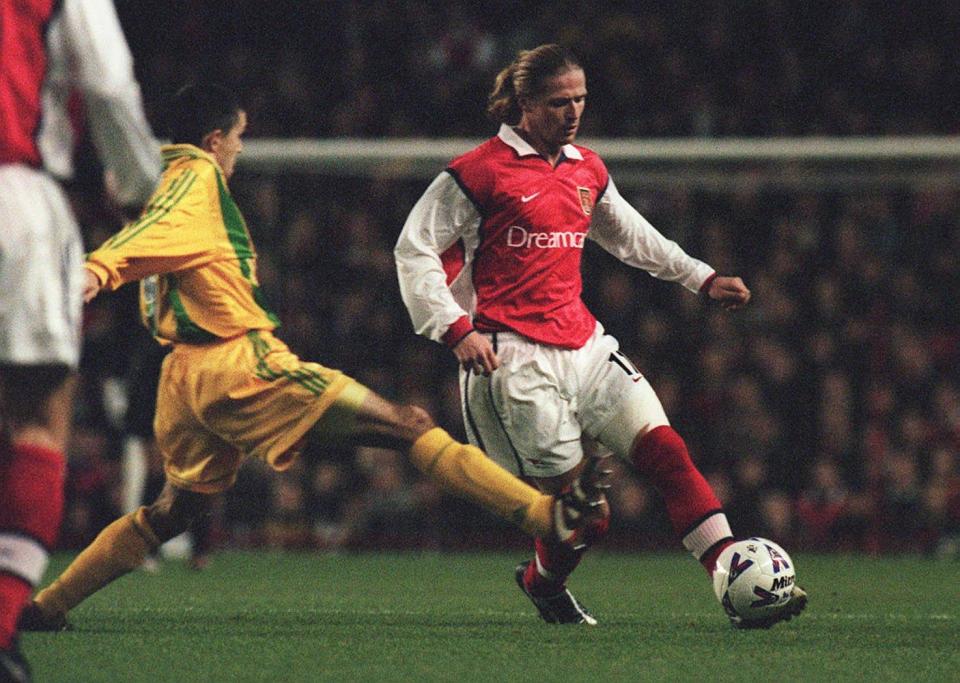 “I looked at him and asked, ‘Come back when?’. He said, ‘When you are ready. Take any time you need. But when you come back, that means your problem is solved — and I want you to be 100 per cent focused’.

“When a manager talks to you like this, you will climb a mountain for him.”

Despite his love for Wenger, Petit believes now is the right time for him to leave Arsenal.

But he hopes his friend and mentor will be back in football before long.

Petit, 47, added: “I sent him a text on the day it was announced he was leaving and told him it was a wise decision.

“But when I look at his career at Arsenal I only have one word in my mind — respect.

“He has a big heart and I hope he’ll stay in the game. Football needs people like Arsene.”