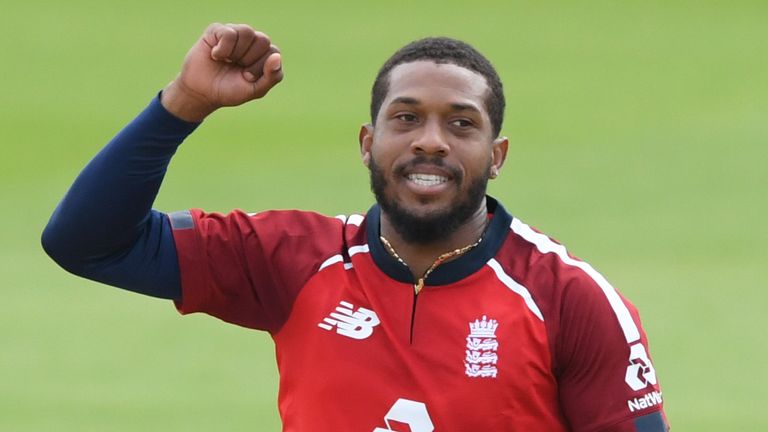 Chris Jordan says playing in franchise tournaments around the world is driving him to keep improving as he aims to cement his place in the England XI for next year’s T20 World Cup.

The 32-year-old seamer has been a mainstay of Eoin Morgan’s T20 side over the past few years, excelling with his bowling at the death, but with less than a year until the competition in India begins, he knows that his spot in the team is not yet assured.

It is more than seven years since Jordan made his international debut but he still keen to develop his craft and he sees competitions such as the Indian Premier League, where he recently featured for Kings XI Punjab, as an ideal opportunity to learn.

“That is the nature of my character anyway because I come across new players and new coaches and I’ve got pretty good at filtering information,” he told reporters.

“I always try to learn something, even if I can only take one thing to add to my game, and build up myself as a player and build my profile as well.

“On the IPL, just finding different ways to bowl at the death, bowling to different fields and just adding one or two different things to your arsenal – I added another slower ball to my repertoire.

“From that point of view, it is great to play with other international stars and play with different minds to keep adding things to your game and try to evolve as a player.”

Having struggled in the early stages of the IPL this year, Jordan came back strongly with his emphasis on the areas he can control a key part of that.

“The nature of T20 cricket is that as a bowler, those things are liable to happen because the quality of batsmen, the quality of hitters out there is unbelievable,” he added. 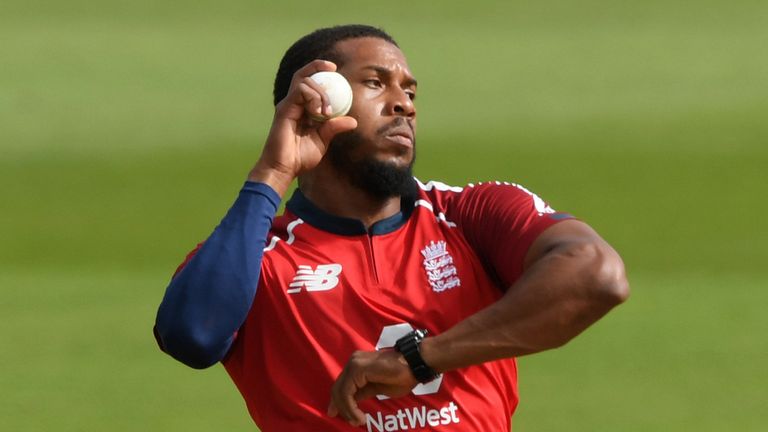 “Sometimes you can go back through your spell and look at your execution and think ‘well, my execution wasn’t too far off but the batsman got the better of me on the day.’

“Over a period of time I’ve just tried to judge myself on execution as much as possible and not on the end result, just so I can keep my emotions as level as possible.

“The more I play T20 cricket, the more I’m a believer in sticking to your strengths and trusting your strengths as much as possible because some of the batters and hitters out there can make you doubt them at times.”

Jordan is now just three wickets away from becoming England’s leading T20I wicket-taker – Stuart Broad currently leads the way with 65 – but despite that, he cannot take his place in the side for granted with left-armers Reece Topley and Sam Curran adding to the competition in the pace bowling department.

“That’s sport, that’s international sport especially. It is the reason why we feel we’re in a strong position as a team. That rivalry is obviously in good spirits as well, we push each other every day in training.

“No training session is ever going through the motions, the intensity is up and we’re trying to raise the bar all the time. To have other guys waiting in the wings does keep you on your toes but I think it’s healthy.

“I’m someone who likes to stay on my toes, keep my standards up on a day-to-day basis and not get too comfortable because I feel like that is how I can bring out the best in myself.

“Something I’ve worked on a lot is to stay in that head space and long may that continue. To add to your point, it really does speak volumes for the depth of the squad. You just have to look at how many of the guys were involved in the latest IPL and not just involved but doing well as well.

“So the more depth, the more options that the selectors, the captain and the coach can have, the better it is for the team.”

Jordan said he respects South Africa decision to not take a knee before games during the series against England.

“I think the situation is very individual,” he said. “I’ve spoken on the topic a little recently and I think that a lot of the real, honest work that is going on on the matter will be done in private. “I’m quite open-minded about the topic in terms of the different types of work that be done. Obviously, taking a knee is something very visual that people see, especially, when they turn on sport and whatnot.

“Personally, I’m a real believer in a lot of the real conversations that are happening behind the scenes, especially in our group as an England team because obviously we come from so many different backgrounds and the matter is at the forefront of everyone’s mind.

“The type of questions that are being provoked and the type of real conversations that are happening behind the scenes, I think is where a lot of the real change will come about.”

Watch every game of England’s white-ball tour to South Africa live on Sky Sports Cricket, starting with the first T20 international from 3.30pm on Friday, November 27.