ENGLAND’S Milly Horkan broke down in tears after claiming gold at the IMMAF-WMMA World Championships in Bahrain.

The 19-year-old, from Middlesbrough, already had the European Flyweight title to her name following her summer exploits. 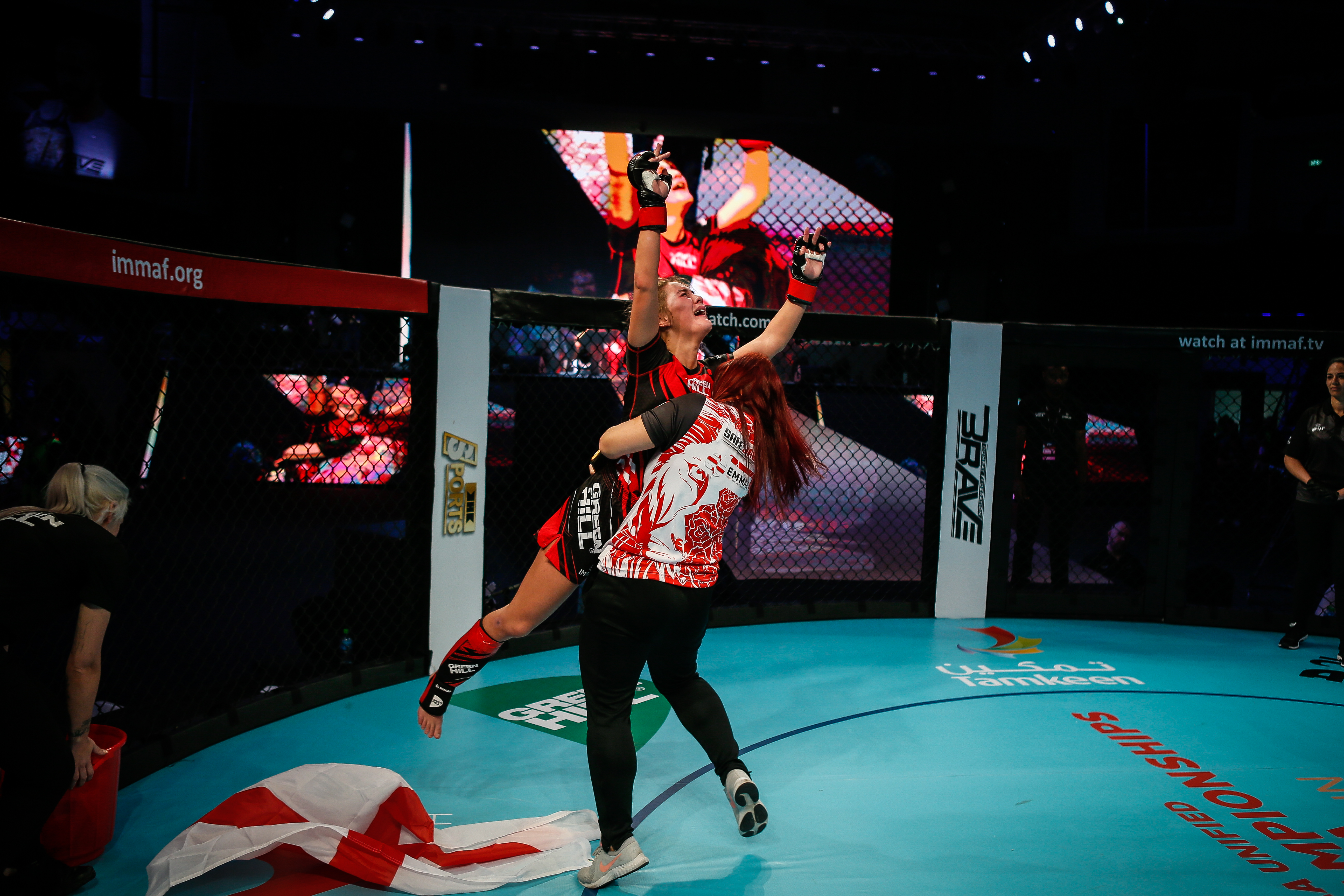 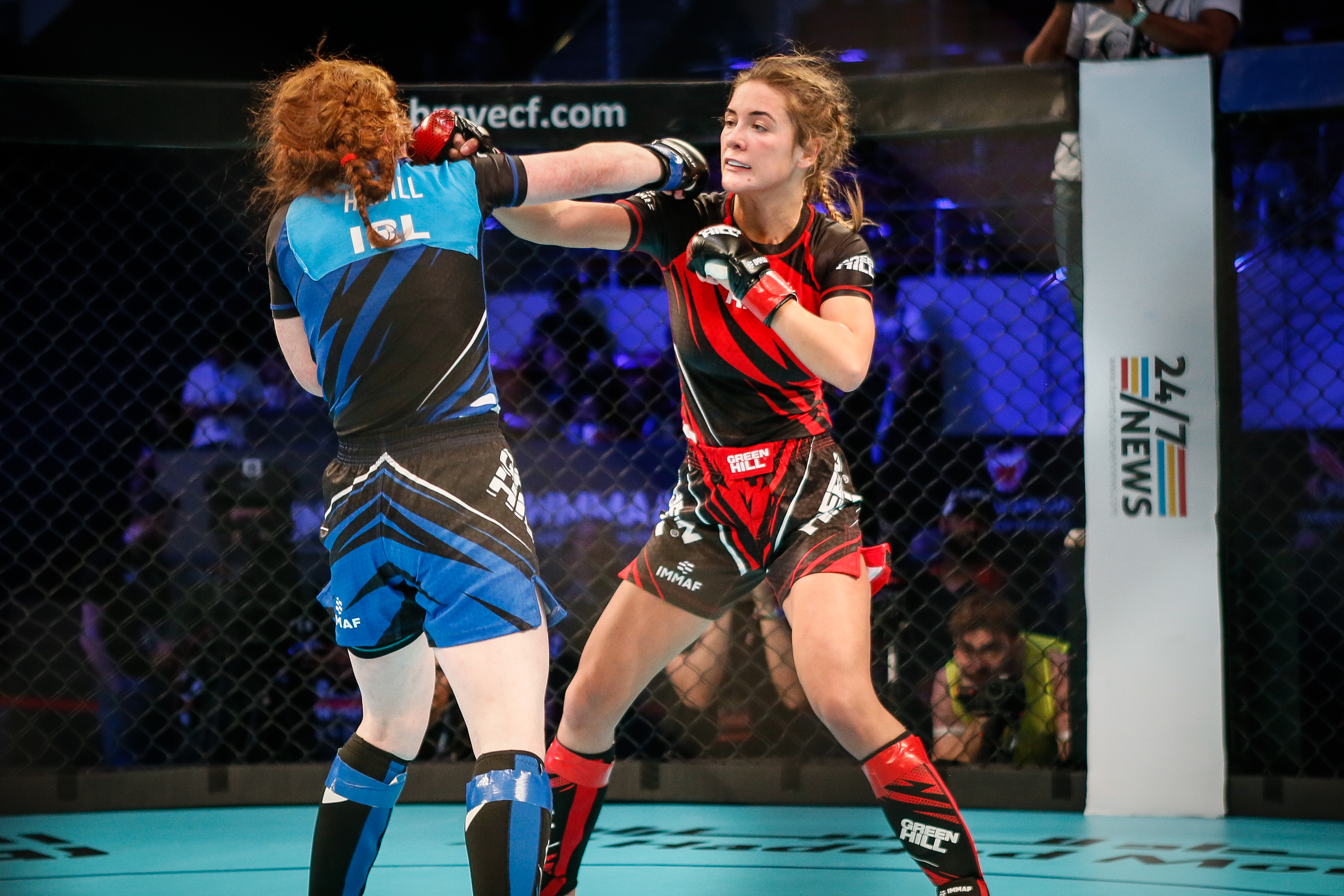 And now she has cemented her place as the best junior amateur in her division on the planet after edging out old foe Megan Hamill.

All three judges voted 29-28 in favour of the Middlesbrough-born star, securing another victory over the Irish fighter she defeated to clinch the Euro crown in June.

And Horkan struggled to put her triumph into words afterwards as emotions got the better of her.

“Massive respect to her,” she said. “There’s no words to describe this.”

The Dublin Atomweight fighter lost out via unanimous decision to the Pole for European gold back in June.

And unfortunately her foe proved just a little too much for her again with the judges as she added World gold to her collection at the expense of Abbott Bissett once more.

The 20-year-old “Powerpuff Girl” from Krakow said: “Yeah it was much harder than last time. It was war.

“It was my second time on IMMAF stage. I feel great here, the people are so nice. This gold medal means so much to me.”

After a back and forth contest, she pounced to slap on a armbar 36 seconds into the third to force the Mexican to tap.

Gaul, who is also Euro champion, said: “She was really, really good. It feels amazing and all the hard work has paid off.

“I just can’t describe this feeling.”

Meanwhile, the female strawweight final was an all Kazakhstan affair as Talshyn Zhumatayeva faced-off against Aizhan Abdykadyr.

And it was Zhumatayeva who claimed the gold via split decision.

You can watch all of Senior IMMAF-WMMA Worlds Finals this Saturday live on Sun Sport. 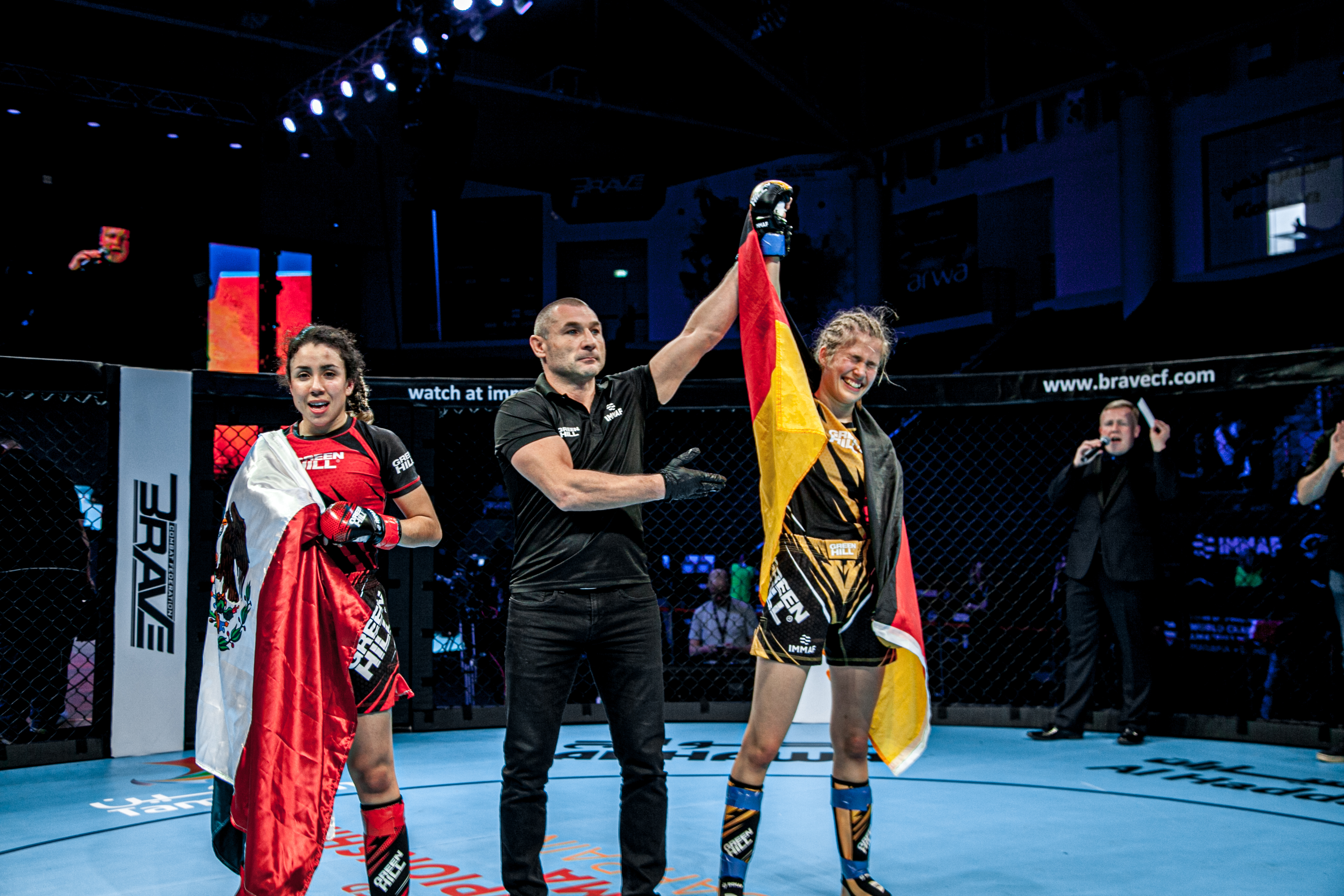