Okay that last one is pushing the boundaries just a little too much, but in the land of the unlikely at least those first two will do for now. 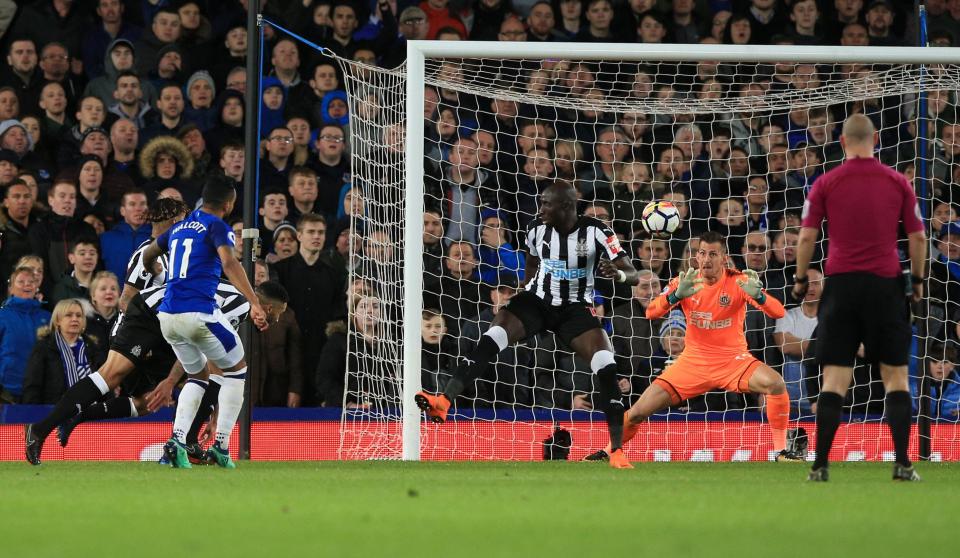 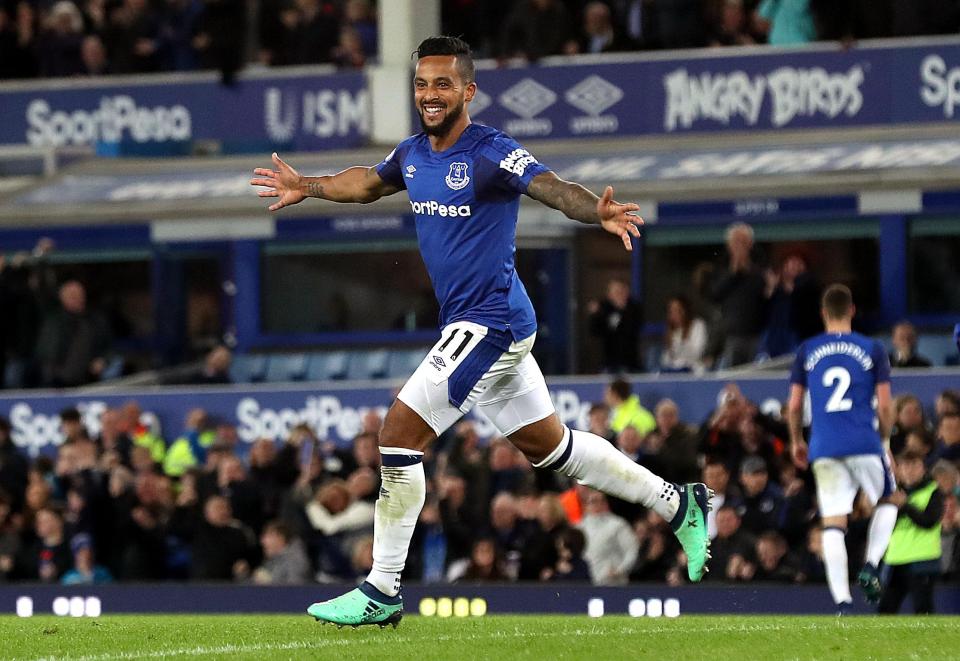 Three games – and a whole load of vitriol and abuse aimed at the manager – had passed since the Toffees last managed a victory.

Over two months had passed since £20 million buy Walcott’s one goalscoring game – a double to see off Leicester.

So how welcome both were last night, even if they were never going to be remotely enough to stop those hard-nosed Bluenoses from letting Allardyce know what they thought of him.

Big Sam, of course, has been about as welcome in these parts as a Manchester City team boss across Stanley Park. 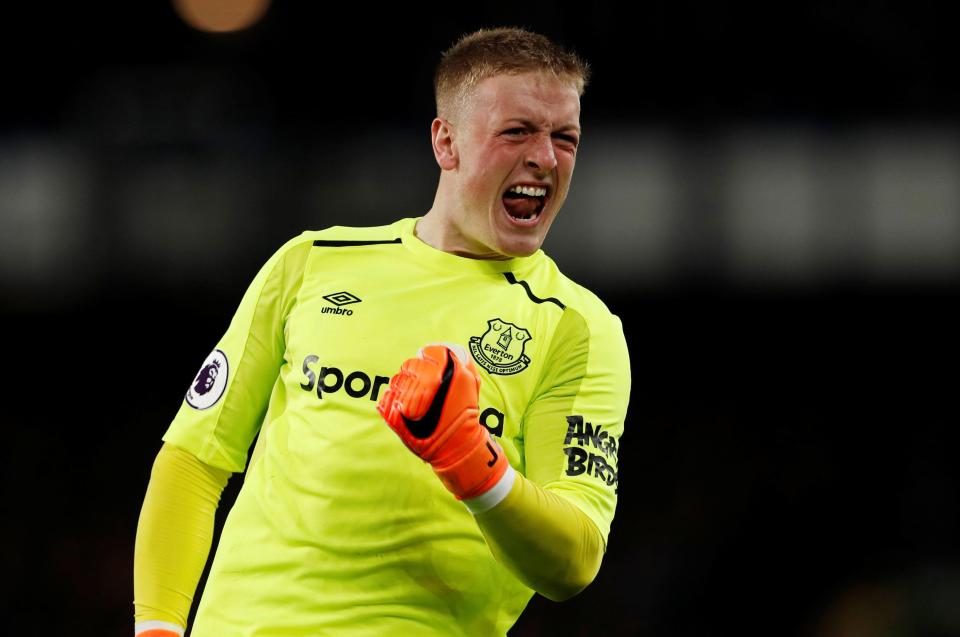 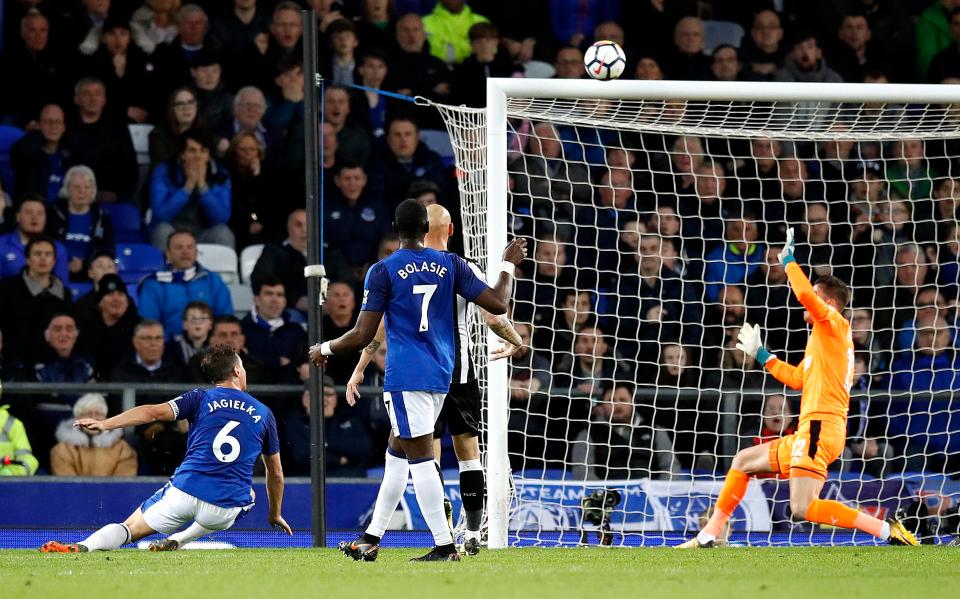 Never mind ill-planned e-mail questionnaires from blundering marketing men, the banners said it all here – notably the one screaming “Our Survey Says Get Out Of Our Club.”

When the Goodison gaffer used his programme notes to talk of the “intoxicating Goodison atmosphere of a night game” he at least got the toxic part right.

So how welcome it was for him to end a run of three winless games with three points – even if they mean little in the general scheme of the season as a whole.

They came courtesy of Walcott’s right boot, and it was somehow fittingly ironic that they also came after an initial dodgy control and slice of good luck. 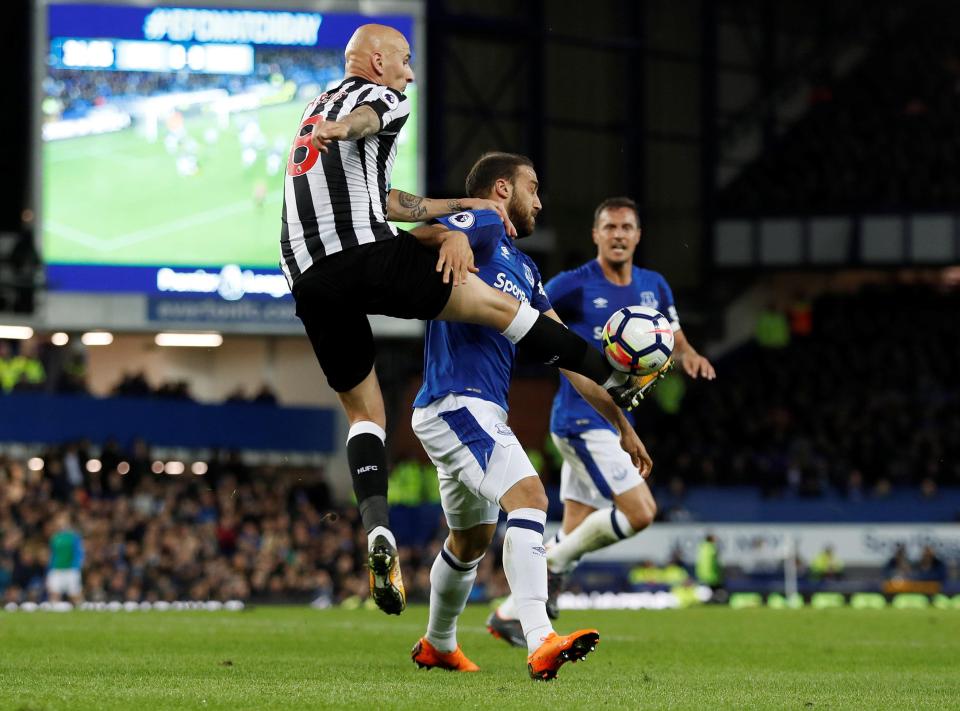 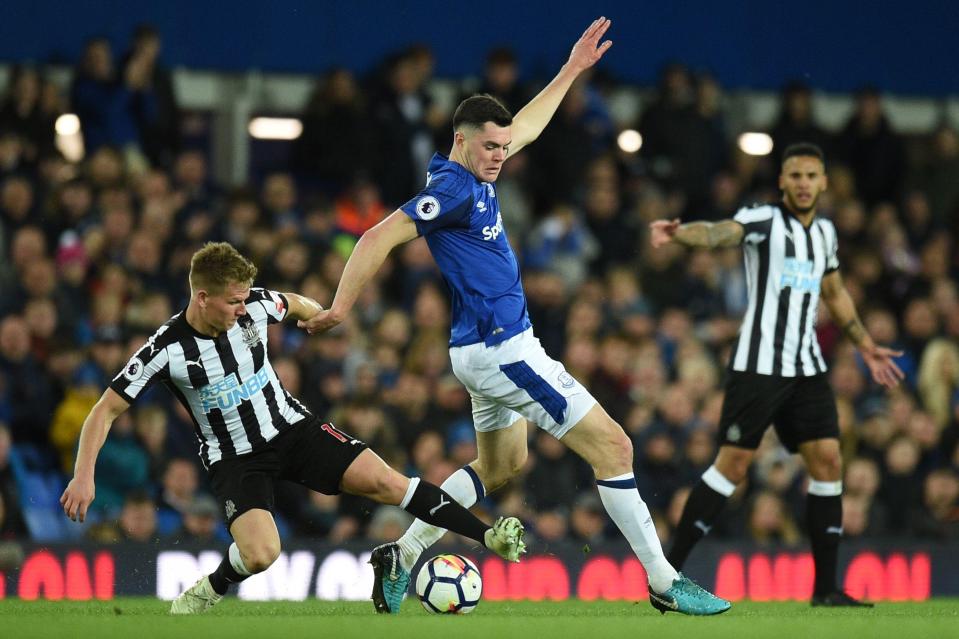 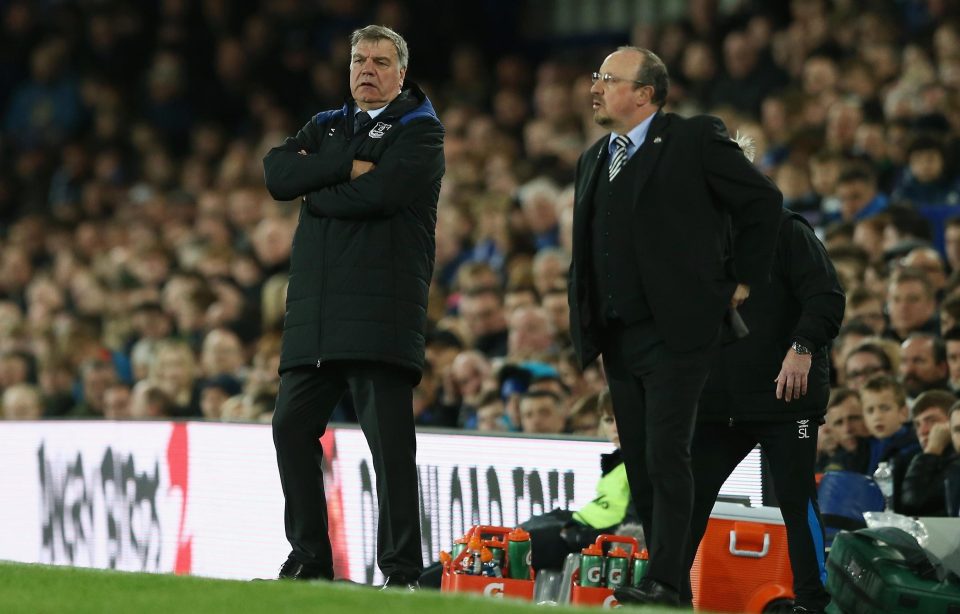 Yannick Bolasie’s huge, hooked delivery into the box was no more than hopeful at best.

Walcott’s first touch was shocking, but when the ball bounced back off Cenk Tosun’s shin, he had the presence of mind to lift his shot over Martin Dubravka into the roof of the net.

In terms of possession, it probably ensured a fair result. Although in terms of chances – clear ones at least – that is doubtful.

Indeed, if Dwight Gayle had been on the pitch a little longer and adjusted to the pace of things, he would have levelled a quarter of an hour after Walcott’s 50th minute strike.

Instead, with the ball bouncing awkwardly in the box, Gayle could only pull his effort over and the chance had gone.

Newcastle blew another gilt-edged opportunity when Jordan Pickford fluffed a clearance and Ayoze Perez failed to deliver a simple pass that would have given Islam Slimani an open goal.

Not that Everton were hardly carving openings for fun either, though, in a game that was more of an advert for switching over to Coronation Street for long periods.

The best of them, the goal aside, came when Michael Keane nodded down and Phil Jagielka volleyed wide with his right boot, when it was screaming out for a left footed finish. 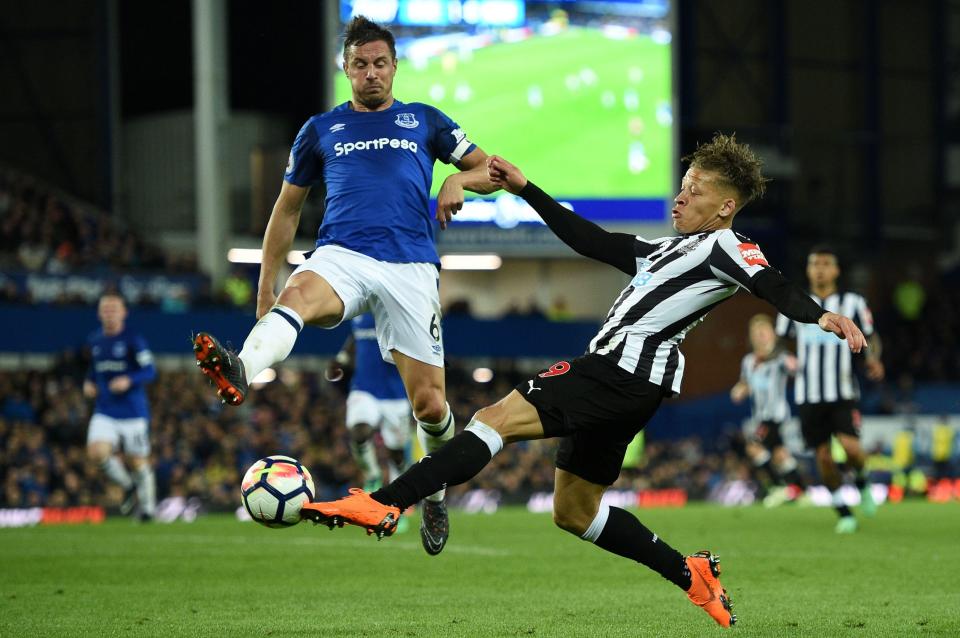 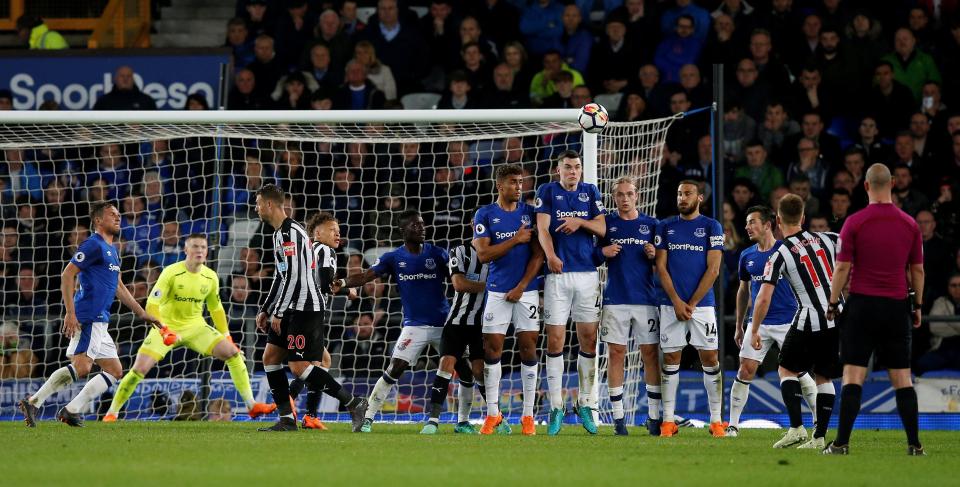 Mind you, had that gone in the Everton fans might have found that too puzzling a dilemma to contemplate.

And we can’t have that, can we? Not if they want to justify their appalling treatment of Allardyce.

Toon fans, of course, could soon have their own managerial issue to face up to.

For all they love Rafa Benitez, and for all he has worked miracles in keeping them up, his future is still uncertain.

If Mike Ashley, or whoever holds the purse strings should the club EVER get sold, comes up with some decent transfer dosh, he could cut and run in the summer.

Newcastle would have no-one to blame but themselves if that happens.

Everton, on the other hand, deserve all they get for the way they’ve treated their gaffer… 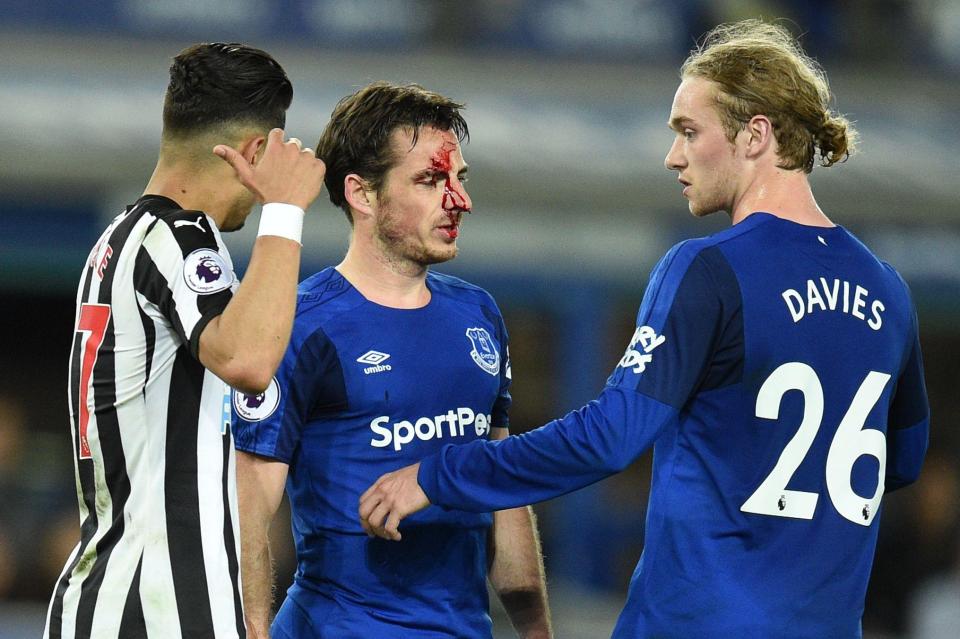 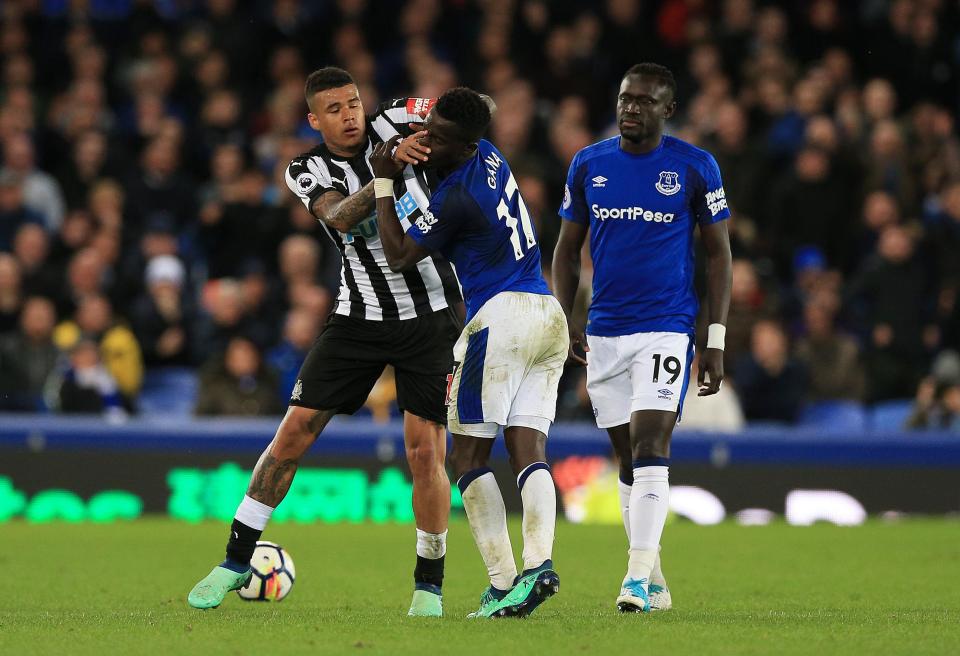