Former Wallabies star James O'Connor has used social media to reveal a two-season battle to play with injuries that needed pain-killers to take the field.

The 27-year-old, who plays for English premiership side Sale, said he first injured his ankle while at French club Toulon in the 2016 pre-season and had been "fighting to play" since. Not any more. His season has come to an early end. 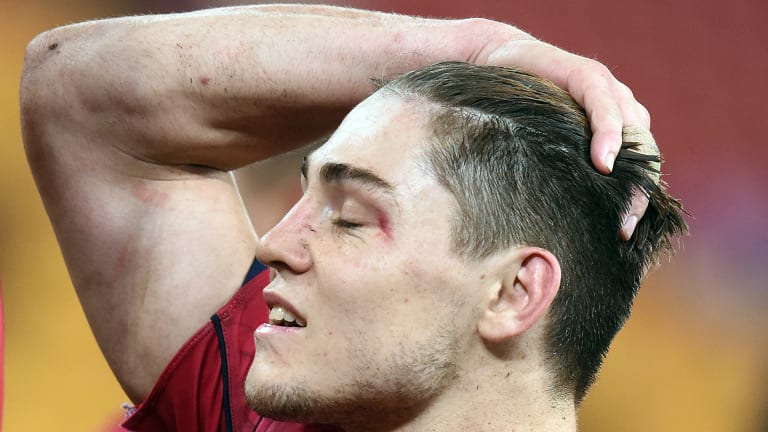 Fighting on: James O’Connor ignored a serious injury and needed pain killers to take the field.

"It's been a very humbling experience having to stop and process everything that has happened recently," O'Connor said on Instagram. "I've recently undergone surgery to clean out my ankle and have another operation in two weeks to fix some complications that have arisen as a direct result of the reconstruction work I had done last year."

The Queenslander said he played through the 2016-17 season with his injured ankle because he wanted to win a final at his French club.

"It got to the point where I was only training one session a week and injecting it with local anaesthetic just to be able to take the field."

O'Connor – who was fined by police over a mid-season cocaine bust – underwent reconstruction surgery five days after Toulon's season ended and he moved to Sale to start afresh. But his problems weren't over.

He continued: "After the first training session I knew my ankle hadn't healed but again, I ignored the signs because I wanted to make an impact at my new club. I masked the pain through various means and just got on with the job. I did whatever I could to get onto the field to play… three games on, two weeks off and cortisol to PRP injections became my routine!"

O'Connor, who last played for Australia in 2013, said pressure to play came from himself and not the Sale club. "I thought I could beat this through force and never actually allowed myself to stop and heal correctly," he said. "So now I'm here in the exact same place I was last year, one surgery down with another to go."

However, he vowed it would be different this time around, and following discussions with the club and surgeon, all the correct measures were in place to do rehab and return next season "faster, stronger and pain free".

O'Connor, said he had underwent one round of surgery to "clean out my ankle" and would have another in May. "To fix some complications that have arisen as a direct result of the reconstruction work I had done last year," he said.