The London-born Formula One rookie got promoted from B team Toro Rosso to replace Pierre Gasly as Max Verstappen’s team-mate for the rest of the season. 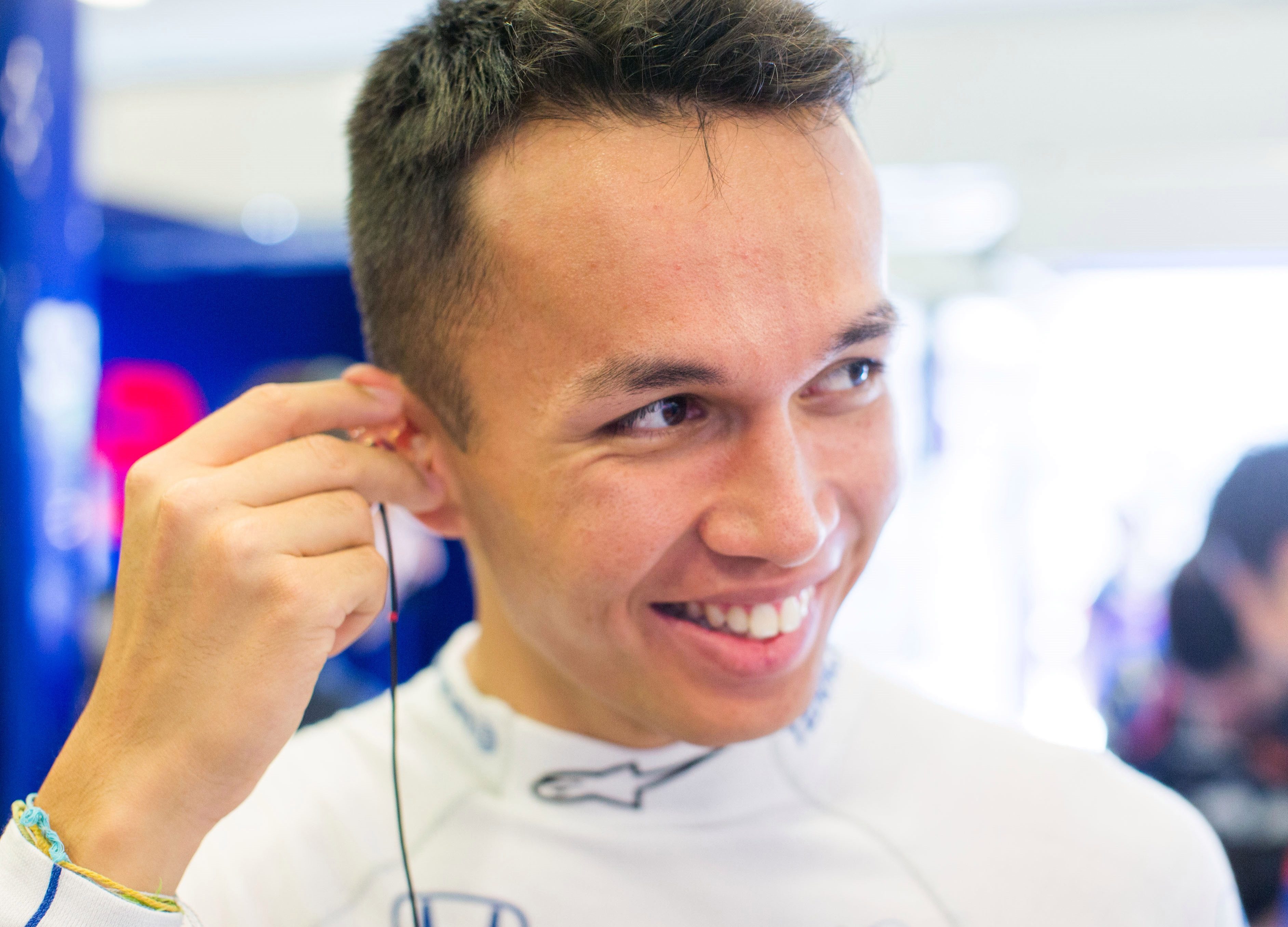 Albon still lives with his mum, Kankamol, three sisters and a brother in Milton Keynes.

And when he is not racing around Grand Prix circuits, he does the school run in his Honda Civic.

He said: “I am the family Uber. Every morning I drop off my little sister Chloe, 17, and brother Luca, 15, at two different schools and then pick them up again.

“It’s not cool, being an F 1 taxi driver, but it does mean they are on time in the mornings.”

His promotion was hugely unexpected and caps a meteoric rise through Red Bull — who axed him in 2012.

Last season he was third in Formula Two behind George Russell, who is now at Williams on loan from Mercedes, and McLaren driver Lando Norris.

Albon was eyeing a switch to Formula E but pulled out of a deal to race in the all-electric series after Red Bull handed him an F1 lifeline with Toro Rosso for this season.

“Alexander Albon is being promoted to drive alongside Max Verstappen, while Pierre Gasly will return to the Red Bull sister team, Scuderia Toro Rosso.

“Red Bull are in the unique position of having four talented Formula One drivers under contract who can be rotated between Aston Martin Red Bull Racing and Toro Rosso.

“The team will use the next nine races to evaluate Alex’s performance in order to make an informed decision as to who will drive alongside Max in 2020.

“Everyone at Red Bull looks forward to welcoming Alex to the team and supporting him during the next phase of his F 1 career.”

Albon grew up idolising Michael Schumacher and his dad painted Ferrari’s famous prancing horse logo on his bedroom wardrobe when he was a kid.

He races under the flag of Thailand as his mum — who was jailed for six years in 2012 for her part in a £7.5million luxury car scam — is from there.