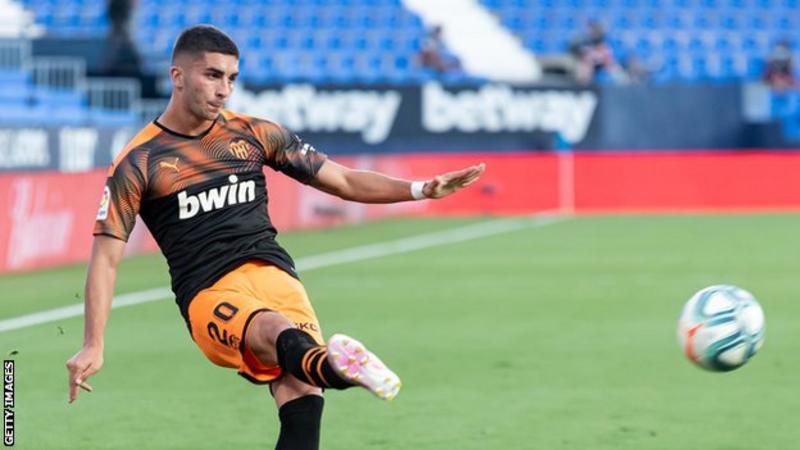 New Manchester City winger Ferran Torres says he left Valencia in part because they would not make him captain and one of their highest-paid players.

Torres, 20, said he was “excited and happy” to join City, after completing his £21m move from the La Liga side.

“I wanted to stay and I put forward the conditions to do so. They weren’t above the club’s means,” he told Marca.

But the Spaniard added he was “sad” to leave Valencia and “very grateful” to the club he joined aged seven.

Torres said as well as asking for the captaincy and a wage increase, he also wanted Valencia owner Peter Lim to be involved in any talks over a new deal with them.

“I wanted two of the three, but none were fulfilled,” said the Spain Under-21 international, who revealed he did not have a good relationship with current Valencia skipper Dani Parejo.

“I know they’re not in the same position as big European clubs, but I was able to lead that project and wanted to be treated as such.”

Torres said he had more “peace of mind” about the move to the Premier League after speaking to City manager Pep Guardiola.

He said he started to think about leaving the La Liga side after helping Spain win last summer’s European Under-19 Championship.

“The club told me personally they weren’t counting on me,” he added.

“They literally said I was the fifth winger in the squad, that reinforcements were coming and other players from other positions were ahead of me.

“It was a very hard blow for me, but what was worse was that they even put me on the market and offered me to teams in Spain.”

Bryson DeChambeau wins the US Open, his first major title of his career